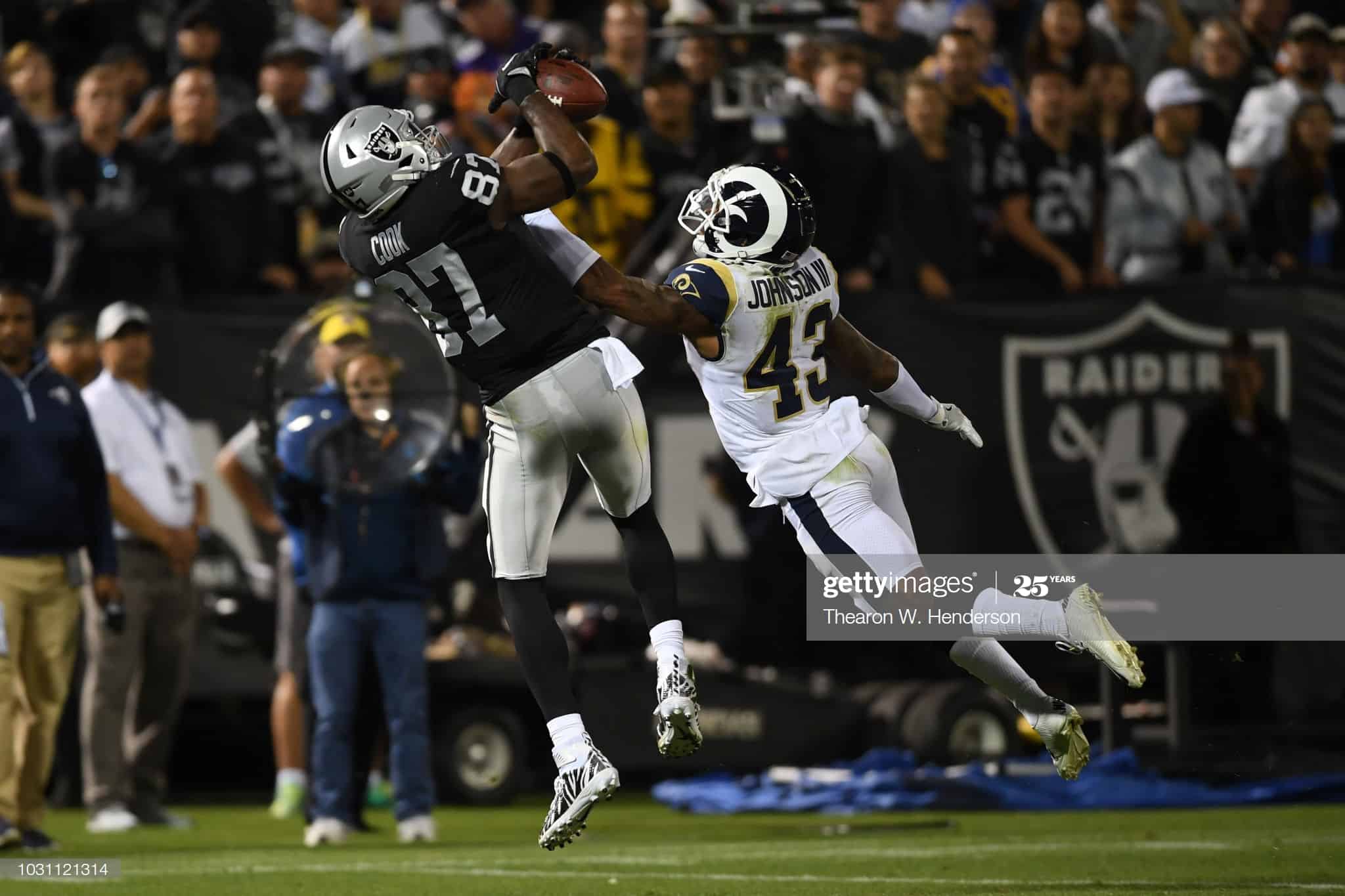 John Johnson, the talented young safety of the Los Angeles Rams, broke out in a big way in 2018, producing 82 solo tackles, 37 assists, 3 tackles for loss, a forced fumble and 4 interceptions, getting him into the top 5 safety status that year. Unfortunately, 2019 ended too soon, as Johnson landed on IR with a shoulder injury after Week 6 of last season.

The 2017 3rd rounder from Boston College brings a nice size/speed combination (6’1″ and ran a 4.61 40 at the combine), and has quickly become one of the better safeties from that draft class behind only Jamal Adams who was taken top 10 in 2017. We saw what Johnson could do after he got up to speed in that defense, as he has the range to play deep, the physicality to get in and tackle anyone, and the ball skills to pick off even the best QBs in the league.

Coming into 2020, the Rams have a solid secondary with Jalen Ramsey, John Johnson, Taylor Rapp, and 2020 3rd rounder Terrell Burgess to top the list. This should help Johnson continue his upward fantasy trajectory if fully healed from the shoulder injury. Believing that Johnson will be good to go, you can expect a stat line somewhere between 2018 and what he would have been projected for in 2019 (on pace for 72 solos, over 100 total tackles, 8 TFLs, 6 INTs).

The Rams could be in big trouble come 2021. Pro Football Rumors reported back in May that the league could be bracing for a decrease in the salary cap next off-season. Jared Goff will have a cap hit north of $34 million, Aaron Donald will be north of $27 Million and Jalen Ramsey will surely be up there once his deal is completed, leaving players like John Johnson in a tough predicament as he’s set to be a free agent in 2021.

The Rams would be smart to lock him up long-term, but we need to see another strong season out of him. The bigger question is if they drafted his replacement this year in either Burgess or 6th rounder Jordan Fuller? I don’t know that either has the total package like Johnson does, but time will tell what the Rams really intended with those draft picks.

As a John Johnson owner, I have not really been interested in moving him, but typically I won’t sell a player cheap if they are coming off injury, as I like to wait and see how they bounce back from injury. That being said, I’d only take what I see is fair value pre-injury which is easily an early 2nd round rookie pick (if I had other start-able assets in the secondary). If I was looking to buy Johnson, I’m alright paying a 2nd for him if I needed a good, young safety to fill out my competitive roster.

Let us know what you think about John Johnson, we have him currently as the #25 overall IDP player in our free IDP Rankings, and you can catch our IDP-Specific Live Stream Monday Nights @9:30 Eastern time over on YouTube! Keep the conversation with me going over on Twitter as well!