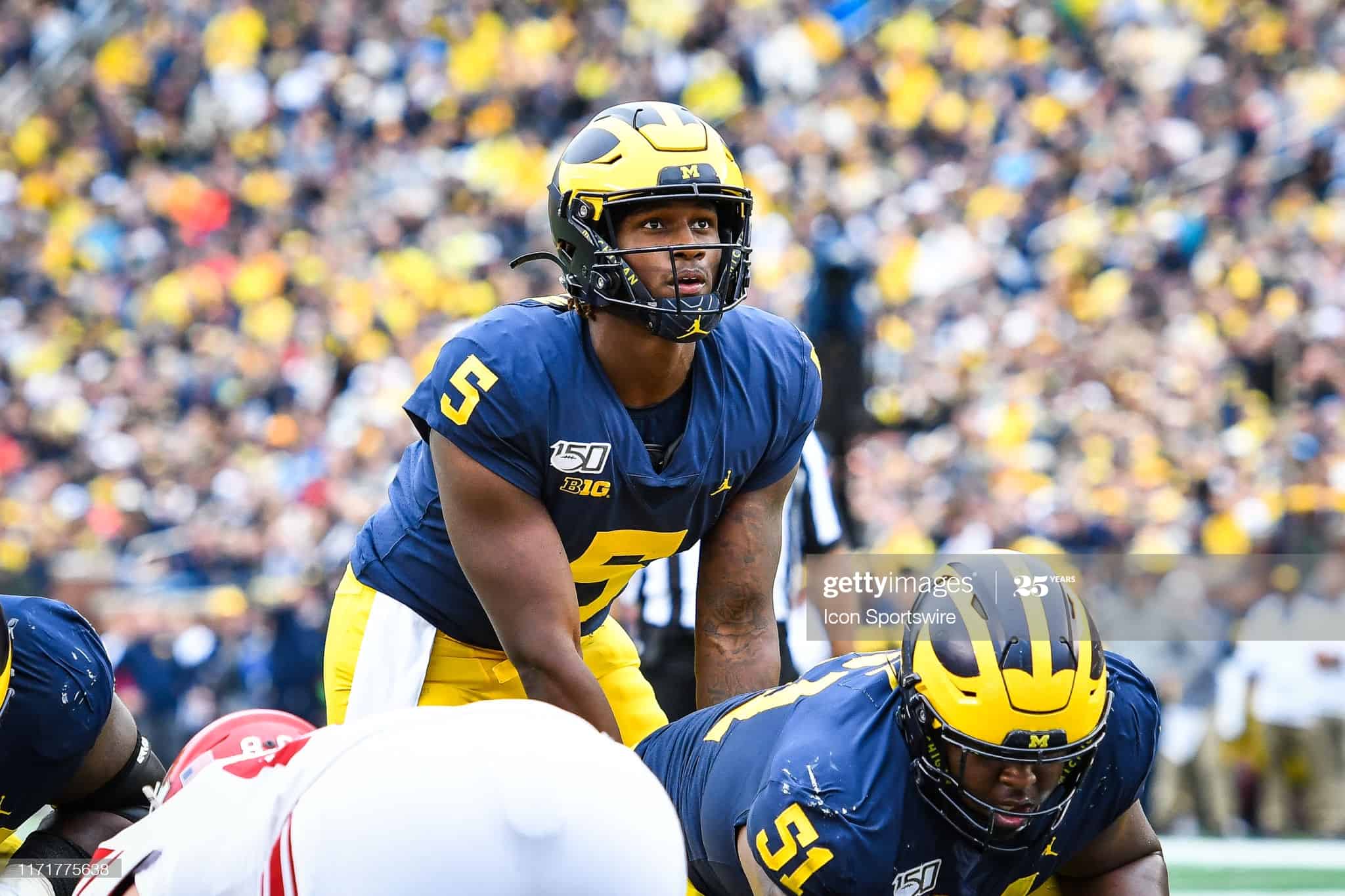 Week 1 of Big Ten play is in the books, and folks are seemingly sold that Harbaugh has found his QB after years poor QB play in Ann Arbor. In his first career college start, Joe Milton definitely did what he needed to in moving the needle for me in the right direction. Milton had command of the offense, set college career highs in passing (15/22-225YDS-1TD) and rushing (8 carries for 52 net yards), and did what he was supposed to do in beating a lesser opponent, I only call Minnesota lesser this week because they had a ton of players missing from the contest and were forced to try and make lemonade without lemons.

Milton came out of Orlando Florida a 4-star recruit that was ranked 204 nationally based on 247 rankings, the pro-style quarterback brings a big arm and a fair amount of mobility to the big house and with what Harbaugh asks of his quarterbacks, Milton should have no problem running that offense. I’ve re-watched this Minnesota game multiple times, and I see a player who looked more confident and sure of his choices, whether they were the right ones or not he didn’t look uncomfortable inside the pocket or on the move, even after being sacked early and pressured quite a bit in this first game.

My concerns with Milton will most likely get answered largely in part when they face the Buckeyes, can he work through his progressions past the 1st or 2nd read, can he be accurate when throwing on the move with pressure in his face, can he read the defense at the line and make proper adjustments and not just trust that he has the best athletes on his side to make up for it.

Joe Milton won’t wow teams with his elusiveness when evading the rush but he can get out of the pocket if it collapses, and I’m still not decided on how I feel about his accuracy on the move as I saw him not place the ball in places where the receiver could catch on the run.

The junior has the potential to come out soon, and I think it’d be wise for him to stay at Michigan as long as he can, keep working on these areas and frankly give himself enough footage for scouts to not only see the talent but see his football IQ, because I believe Joe Milton has the talent to make it to the league and for instance a team like the Colts, Milton could be what they really want, a Big, strong-armed pocket passer that actually has the strong arm (no offense Phillip).

I have a couple Joe Milton shares in my Devy leagues, and after watching his first college start I’m pleased, not going to go overboard and say he’s the next big thing but I will tell you if you can add him, do it. There are plenty of NFL teams that look for his style of play, I’d comp his talents to Justin Herbert (arm strength, running ability) where if you told me a team Like Indy, New Orleans, New England or Detroit were to draft him, I wouldn’t be surprised.

Thanks for taking the time to read my profile on Joe Milton, keep up with our Devy rankings here on RotoHeat, and check out the Devy Hour show on all your major podcast platforms or our YouTube Channel!