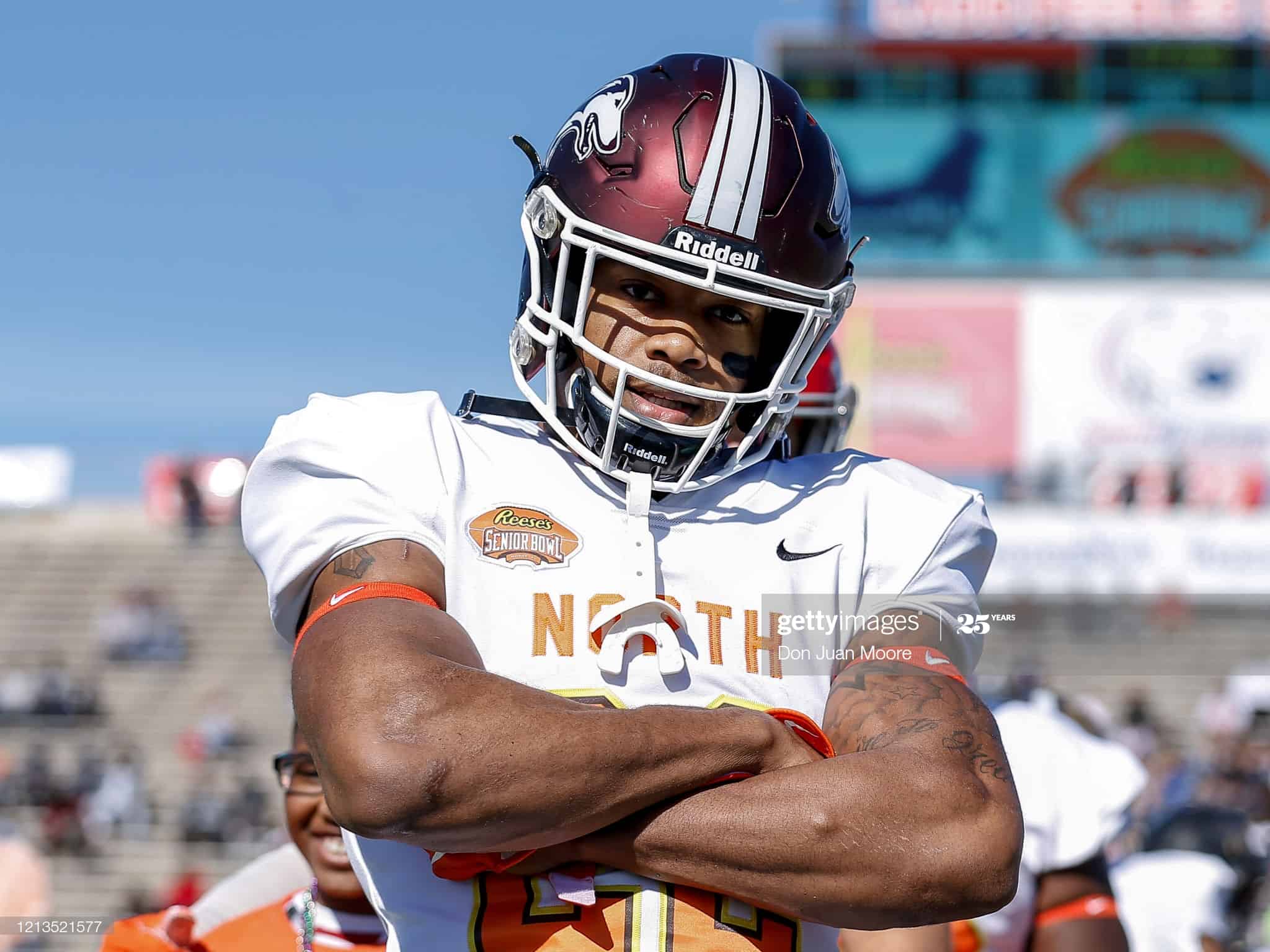 Jeremy Chinn, the nephew of eight time Pro-Bowl safety, Steve Atwater, started his collegiate career in 2016 at Southern Illinois University. He played Cornerback and Safety there at various times, and over the course of his four years, he averaged approximately three interceptions, eight pass deflections and 61 tackles (46 solo) a year. In both of his Junior and Senior years, he was named to the All Missouri Valley Conference 1st-Team. His Senior year he was also a Consensus All-American (statistics courtesy of SIU).

Chinn was taken with the 64th pick (second round) by the Carolina Panthers in the 2020 NFL Draft. At 6’3”, 220 pounds, Chinn has great size for a Safety and is a willing tackler who is great against the run. He has good speed and ball skills, but does have issues in coverage at times, as he does not possess the agility and quickness you would want in a Free Safety.

It is widely believed that Chinn will be sliding into starting strong safety position manned by Eric Reid last year. This is of note because on paper, the Panthers’ linebacking depth chart does not look as strong as last year (Luke Kuechly’s retirement clearly leaves a huge void), as Reid was the #1 scoring safety, and #2 scoring DB overall last year (using the RotoHeat IDP Scoring we have discussed).

The Panthers are in a division with a lot of offensive firepower, and not as great of defenses. The Panthers, themselves, however, have an unproven offense. Yes, McCaffrey and Moore are both great, but how will new head coach Matt Rhule reshape the offense, and how good will Teddy Bridgewater be as a full time starter? The 2020 season will give us a better idea of the long-term defensive and offensive prospects for this. If the offense struggles, this will lead to more opportunities on the field for the defense, and if there are not major improvements in the linebacking corps, Chinn should be able to accumulate bunches of tackles for many years going forward.

If the defense stiffens up and the offense improves, the defense may not be on the field as much, but there may be more opportunities in the defensive backfield for him. I can see Chinn having some DB1 years, but I think his floor is a low DB2. This is a nice range though, and I like him as a long term prospect.

Chinn is usually one of the top three safeties going in rookie IDP drafts this year. McKinney and Delpit are usually right up there with him in some order. Along with being a nice piece long-term, like McKinney and Delpit, Chinn appears to offer immediate value.

With the mix of apparent value for now and later, I wouldn’t have an issue if someone spent a late second on Chinn, but you can probably get him in the third round this year due to the depth of offense in this draft.

Let us know what you think about Jeremy Chinn; we have him currently as the #7 overall rookie IDP and #2 rookie safety in our FREE IDP Rookie Rankings. You can catch our IDP-Specific Live Stream Monday Nights @ 9:30 Eastern over on YouTube! You can also find me over on Twitter!