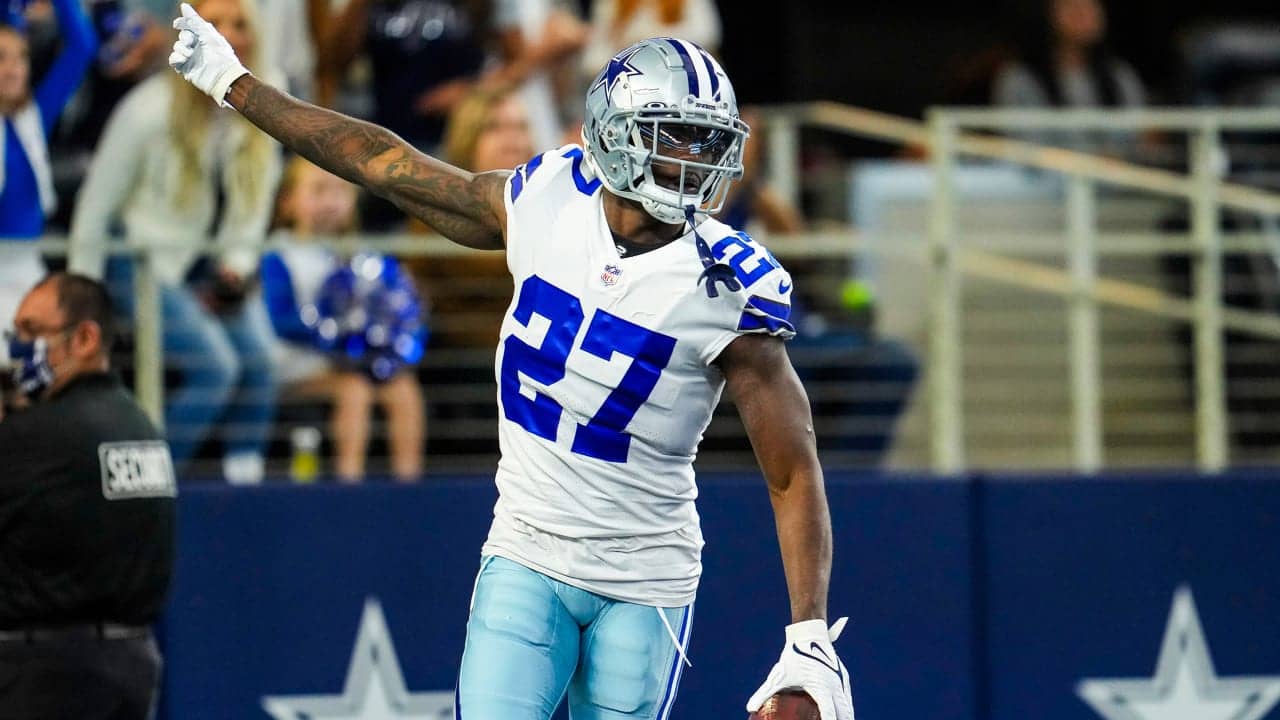 Jayron was a 7th-round pick of the Minnesota Vikings out of Clemson in the 2016 NFL Draft. He played in 73 games with Minnesota and Detroit during the first five years of his career. Over those five years, these were his total stats:

He signed with the Dallas Cowboys in March of 2021 and was named the starting strong safety that year. And what a year he had. This was his stat line for just 16 games in 2021:

He didn’t just get stats by default of being on the field either; he was an effective player across the board in how Defensive Coordinator Dan Quinn used him; he was PFF’s 13th rated overall safety in 2021. Jayron resigned with Dallas on a two-year contract in 2022 and will be starting for them again this year.

Now a top-five finish again in 2022 is a bit too lofty of a prediction for me, but a back-end safety 1 or high-end safety 2 feels like a safe prediction. The good news is that you can get him at what I feel is a severe discount in many drafts. He is DB 18 right now over at FantasyPros, and is DB 41 / safety 32 on Sleeper. I think both are low, but he is a legitimate steal on Sleeper right now.

Dan Quinn is back as Defensive Coordinator for the Cowboys and the secondary starters are largely unchanged from what they were last year. Jayron was third on the defense in defensive snaps played, at 88%. In those snaps, he played almost 58% of his them in the box or linedup on the defensive line. That could actually go up this year, as stand-out linebacker Micah Parsons will still be used all over the formations, and the linebackers as a whole are weaker on paper than they were last year.

Jayron’s value to Dallas is probably more than it would be to another team, as he was Dan Quinn’s “master key” on defense. Jayron has also talked about the value of keeping Dan Quinn and the system they had so much success in last year. Another year starting, in the same system, in the same role; I am all in on Kearse this year and given where you can get him in most drafts, it is almost all upside.