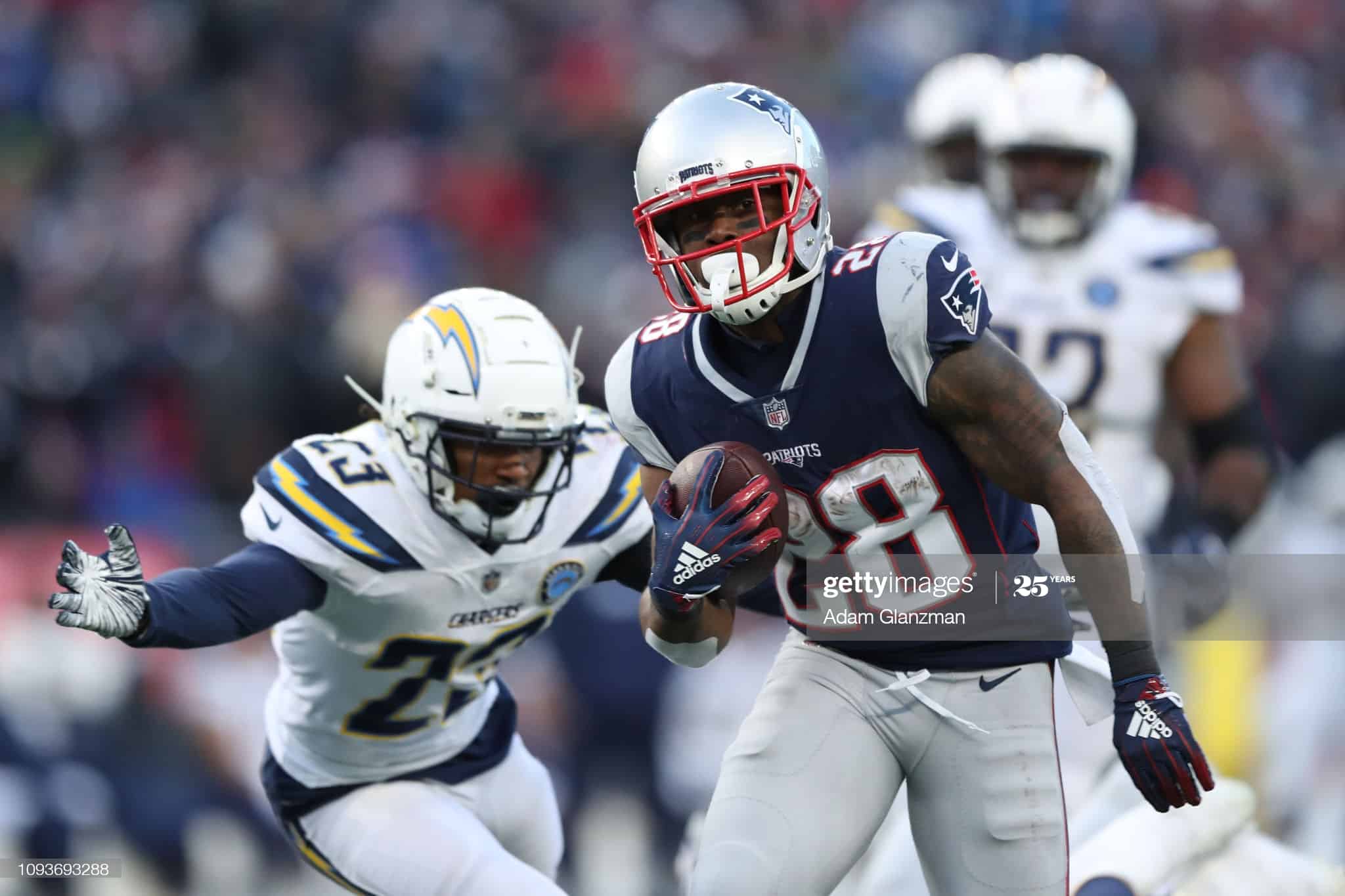 James White’s always been a player people have overlooked, underrated and he just keeps producing value even though the Patriots backfield tends to confuse and enrage fantasy owners. Since his 2nd season in the league, he’s been a ppr magnet never having less than 54 targets in a season, and having as many as 123 targets in that huge 2018 season that produced over 1,100 total yards and 12 touchdowns (Thanks as always to Pro-Football-Reference for great stats!).

Typically the big concern is there are 3 potentially valuable RBs in New England, with White, Sony Michel and Damien Harris but this year could see value for all three, with the addition of Cam Newton. My gut tells me to get Cam up to speed with this new offense, and the fact that most of their defensive stars opted out, they focus on owning the clock with an insane rushing attack. If we look at 2019, which could be a bad example but their most recent campaign, they had 620 pass attempts and 447 rushing attempts. If they push towards a more run-focused offense to protect Cam and a weak defense, you could see more like a 50/50 split or slightly more rushing attempts then passes in 2020.

Either way, James White has RB2/3 value in my mind in 2020, and currently the RotoHeat team has him at RB32 which is more like RB3 status. If we look at 2019 snap counts, White led the way with 42% (thanks lineups!) with Michel close behind, and with another year in the offense for Damien Harris and with Cam’s legs you’ll see an increase for those two and potentially the same numbers for White and Michel.

Every year I tend to count him out, and every year he has value so as long as he’s on the Patriots roster, you can’t count him out because he does his job and executes as well as he can! The tough thing for White is this is his last year of his contract with the Pats (thanks Spotrac!), so if he’s not resigned, I can’t be super confident the 28 year old pass catching back can pick up with another team and have as much value as he does here. Add that to the running back classes of the next few years, unless he takes team-friendly deals he may not get signed until training camp time in 2021, and honestly with all the winning he’s done, what more does he want to accomplish?

In 2020, I see him as a 2nd round pick, value-wise. If you’re a team that’s rebuilding, sell for as much as you can get (start with a late 1, contending teams tend to be more willing to spend to shore-up RB holes). If you’re not a contender, there really isn’t any reason to have him unless you are getting him cheap to flip him for more in-season, as people are more willing to pay up if they think they can get to the championship!

Thank you for reading the James Whites 2020 Dynasty Outlook. For more rankings for the RotoHeat team visit Dyansty Rankings (2020).