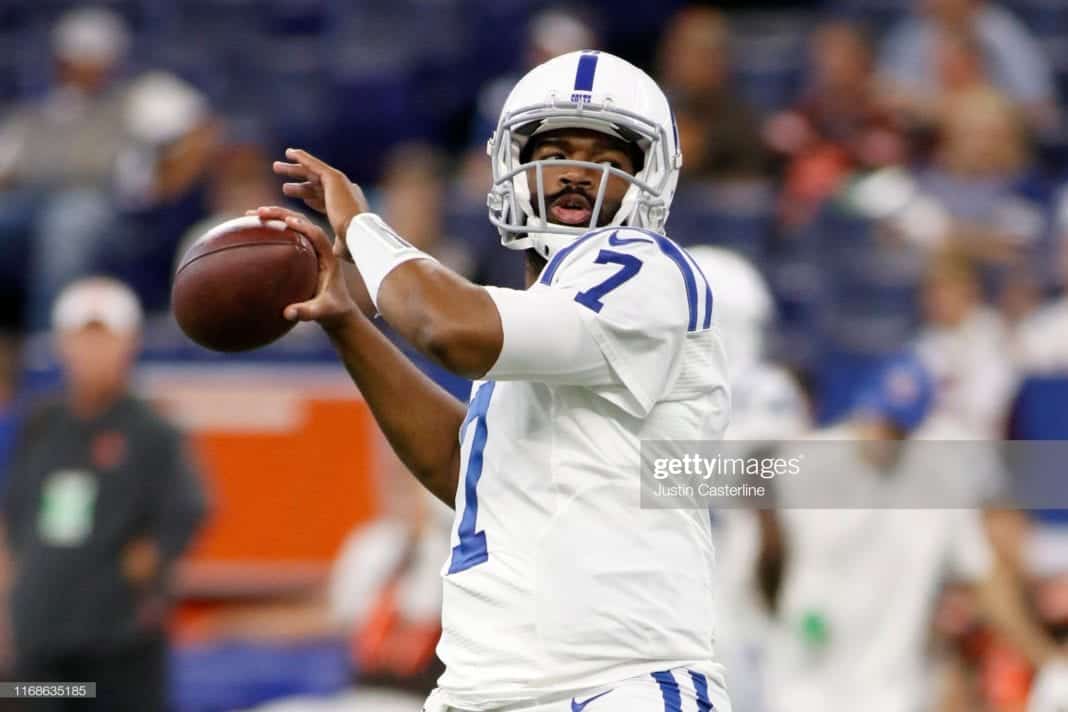 Jacoby Brissett likely to be the Colts Week 1 starter.

With Andrew Luck’s status in doubt for Week One, the Colts are playing it safe with their backup Jacoby Brissett. It will be the Chad Kelly and Phillip Walker show this Saturday when Indianapolis hosts the Chicago Bears.

The Colts are resting most of their starters and Brissett has been the starting quarterback in the preseason while Luck’s lingering leg injury continues to sideline him. “At some level we want to protect Jacoby, to be honest with you, regardless of Andrew,” Colts coach Frank Reich said. “In theory, even if Andrew’s playing in Week One, he still hasn’t taken a lot of reps, so you still got to protect Jacoby.”

The Colts have said they believe Brissett is the NFL’s best backup quarterback, and although they’d prefer not to need him, they have to have him available if Luck can’t go. So Brissett is going to be in bubble wrap for the rest of the preseason. Reich has been saying for weeks that they want to have their week 1 starter identified by third preseason game. Barring some form of medical miracle involving Andrew Luck, it appears that Brissett will be their starter once again.

Brissett starting all but one contest for the Colts in 2017 as Andrew Luck recovered from shoulder surgery. He finished that season as QB 20 in Fantasy compiling a stat line consisting of 276 completions on 469 attempts for 3098 yards. Brissett added 13 touchdown passes and 7 interceptions. He is an effective rusher as well taking 63 carries for 260 yards and 4 touchdowns.

Andrew Luck being sidelined is not a feel good story for Colts fans and Luck’s fantasy owners. Perhaps a Jacoby Brissett play in Week one DFS might soften the blow.