Home Dynasty 2020 Rookies Is Joe Burrow a Top 12 Quarterback in his Rookie Season? 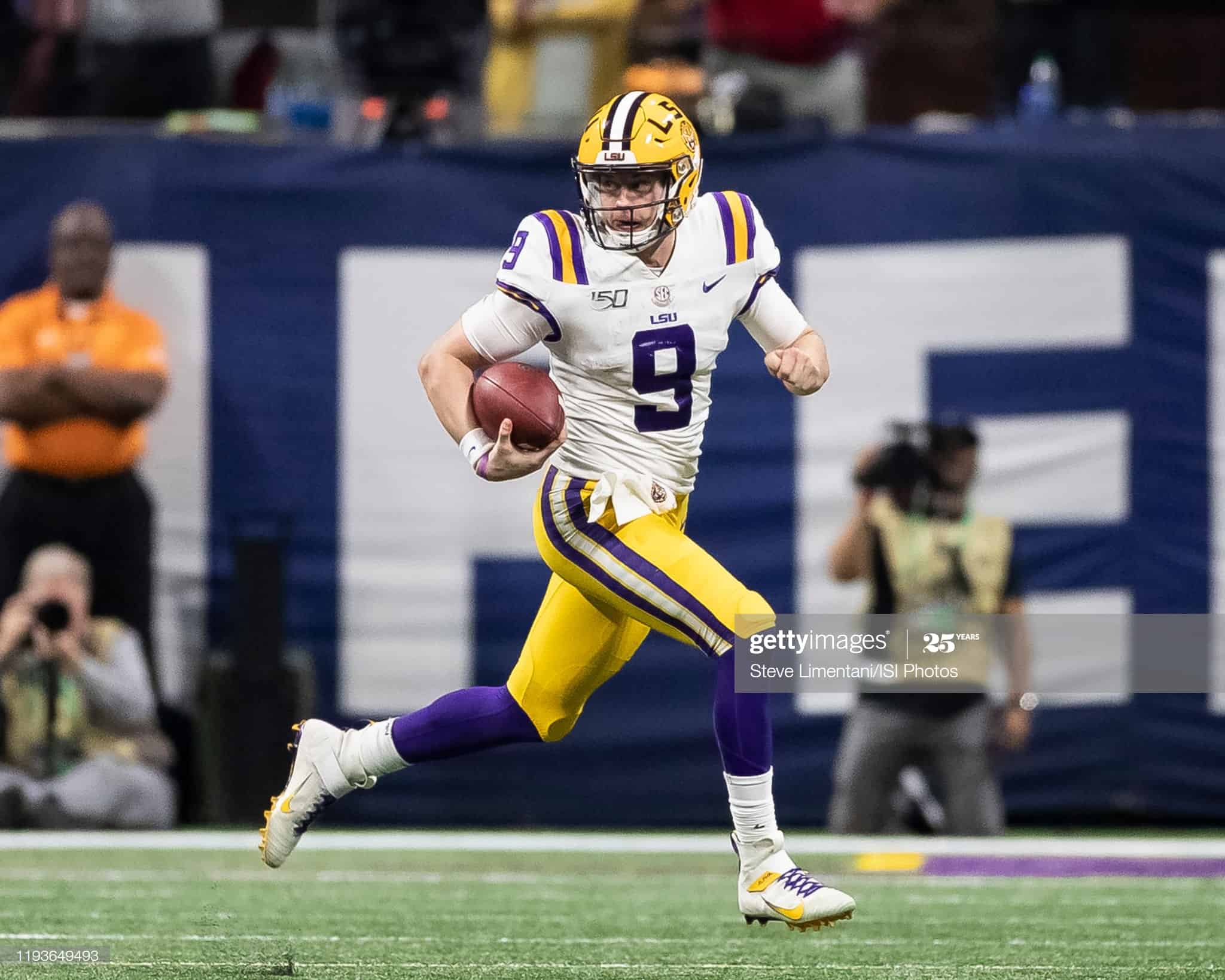 Is Joe Burrow a top 12 quarterback in his rookie season?

As recently as the summer of 2019, Joe Burrow’s NFL draft value was an after thought. After his forgettable junior season in which he finished with 219 completions on 379 attempts for 2,894 yards and 16 touchdowns, Burrow was projected as a 5th round selection. After his senior season at LSU, in which he threw for 5,671 yards and 60 touchdowns, he shot up the projection ranks from the mid 160’s all the way to number 1. All indications lead to Joe Burrow being the first overall selection in the 2020 NFL Entry Draft by the Cincinnati Bengals.

Burrow seems like a “can’t miss” prospect. The reality is that the other 14 quarterbacks that had their names called to kick off a draft since 2001 were deemed “can’t miss” as well. Only three of those 14 had a top 12 rookie season. So is Joe Burrow a top 12 quarterback in his rookie season?

The average rookie season finish for the 14 first overall selections since 2001 is QB25. The best was Cam Newton’s QB4 finish in 2011, and the worst was the QB57 2007 rookie season from JaMarcus Russell. All 14 quarterbacks saw the field in their rookie season with the exception of Carson Palmer who spent the 2003 season watching Cincinnati Bengals’ Jon Kitna take every snap that year. In his first starting season in 2004, Carson Palmer finished as the QB20.

The six Heisman Trophy winners averaged a rookie season as the QB13, led once again by Newton’s QB4 finish. Kyler Murray was the next best, finishing 2019 as the QB7. The only other quarterback selected first overall since 2001 that had a top 12 rookie season was the Stanford Cardinal, Andrew Luck.

Of all the challenges facing a rookie quarterback in their first season, playing on a bad football team is likely. After all, the team that selected these quarterbacks had the first overall selection for a reason. In Joe Burrow’s case, Cincinnati won’t be any different. The Bengals finished 2019 as 30th in offensive points scored with 17.4/game and a 2-14 record.

Being the starting quarterback on a bad football team can be a good thing for fantasy purposes. The team will be losing more often than not, and that makes the opportunity for “garbage time” that much greater.

The three previous 1st overall selections to reach top 12 status in their rookie season, (Kyler Murray, Andrew Luck, and Cam Newton), combined to average a line of 341/554 with 3,948 passing yards and 25 touchdowns. They averaged 14 interceptions and added 92 rushing attempts for 485 yards with 5 touchdowns.

In all my reviews of Joe Burrow, the player comparison that I keep coming back to, as crazy as it may sound, is Andrew Luck.

In 2012, Andrew Luck’s draft profile read as follows:
“6’4″, 234 pounds. Luck has good, but not great, arm strength. It should be no limitation on his game, as he has shown that he can make all of the throws at the collegiate level. Luck is a highly intelligent player both on and off the field, and he’s a natural leader in all facets of the game.”

Joe Burrow’s draft profile:
“6’4, 216 pounds. His arm strength is slightly above average. Elite football intelligence. Master of pre-snap reads and how his routes mesh with the coverage. Astute understanding of coverage rotations, leverage and spacing.”

The big difference between Andrew Luck and Joe Burrow in their rookie season is the team in which they play. The Colts were a good football team that in 2010 went 10-6. In 2011, with Peyton Manning lost for the season they fell to 2-14. Luck’s rookie season they bounced back to 11-5. Burrow (likely) joins a Bengals team that in the past three seasons has won 15 games and lost 33. They are not a bad football team because of injury to their franchise quarterback, they are a bad football team because they have holes up and down the lineup.

Joe Burrow is absolutely a quarterback to own on on your dynasty team. You will just have to wait a year for the first of his many top 12 quarterback seasons.

Thank you for reading is Joe Burrow a top 12 quarterback in his rookie season. For more of my fantasy football content follow me on Twitter @RotoHeatSully, and subscribe to the Sully’s 2 Cents Dynasty Fantasy Podcast.