As the 2022 NFL Draft draws near, we wanted to help you understand the prospects that are potentially hearing their names called in Las Vegas this spring, up next we’re talking Michigan defensive end, Aidan Hutchinson. We will give you an idea of who the player is and how they’ve looked so far, as well as potentially where they go in the NFL Draft.

Aidan Hutchinson’s a guy that’s appeared to be ready to breakout, coming out of Divine Child High School as the 129th ranked 4-star prospect (via Rivals). He hit Michigan and didn’t have a huge impact as a freshman, finishing with 12 total tackles and 1 tackle for a loss but his sophomore season saw growth in all categories, and then 2020 hit and affected us all, as well as his playtime and stat line.

So what you have is a player that looked ready to breakout, you see growth and then in 2021 he exploded into one of the most dominant players in the country. Aidan Hutchinson had a strong 2021 season, finishing with 62 total tackles, 16.5 tackles for loss, and 14 sacks, all while pushing for the Heisman trophy and ultimately landing the Lombardi award for the nation’s top lineman. One of my favorite scouting teams The Draft Network did a great write-up on him and I thought put a nice bow on what kind of play Aidan Hutchinson is coming out of college, a strong pass-rusher that will be an immediate upgrade for whichever of the top teams picks him to come April’s Draft.

Aidan Hutchinson will most certainly be one of the tops probably 5 players in this draft class, and most pundits expect him to go to my Detroit Lions (which I have no problem with!). From an NFL outlook, he will most likely be a day one starter and be in the conversation for defensive rookie of the year, in my opinion. Ultimately, the skies are the limit for Hutchinson, and the debate currently sits around how high the ceiling is for Hutchinson, compared to guys like Kayvon Thibodeaux, George Karlaftis, or Germaine Johnson but what you can’t argue is that Hutchinson is the top edge rusher in this draft class, from an all-around skillset and most NFL ready at this time. It’ll be interesting in say 5 years to look back and see how this edge rusher class has faired, and who winds up being the man from this strong class!

He will be one of the top IDP options come rookie drafts, though I think Kyle Hamilton or one of the top linebackers (Dean, Lloyd) could potentially be drafted before him in fantasy rookie drafts. Now I think the most interesting part from the fantasy perspective, is where that will slot him in the rookie drafts. Because the offensive side of fantasy rookie drafts appears to be not as strong as some years, do you see him go mid to late 2nd round? If you told me that, I don’t know that I’d be all to surprised, if you’re looking to take the best value regardless of position. 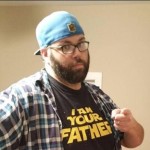