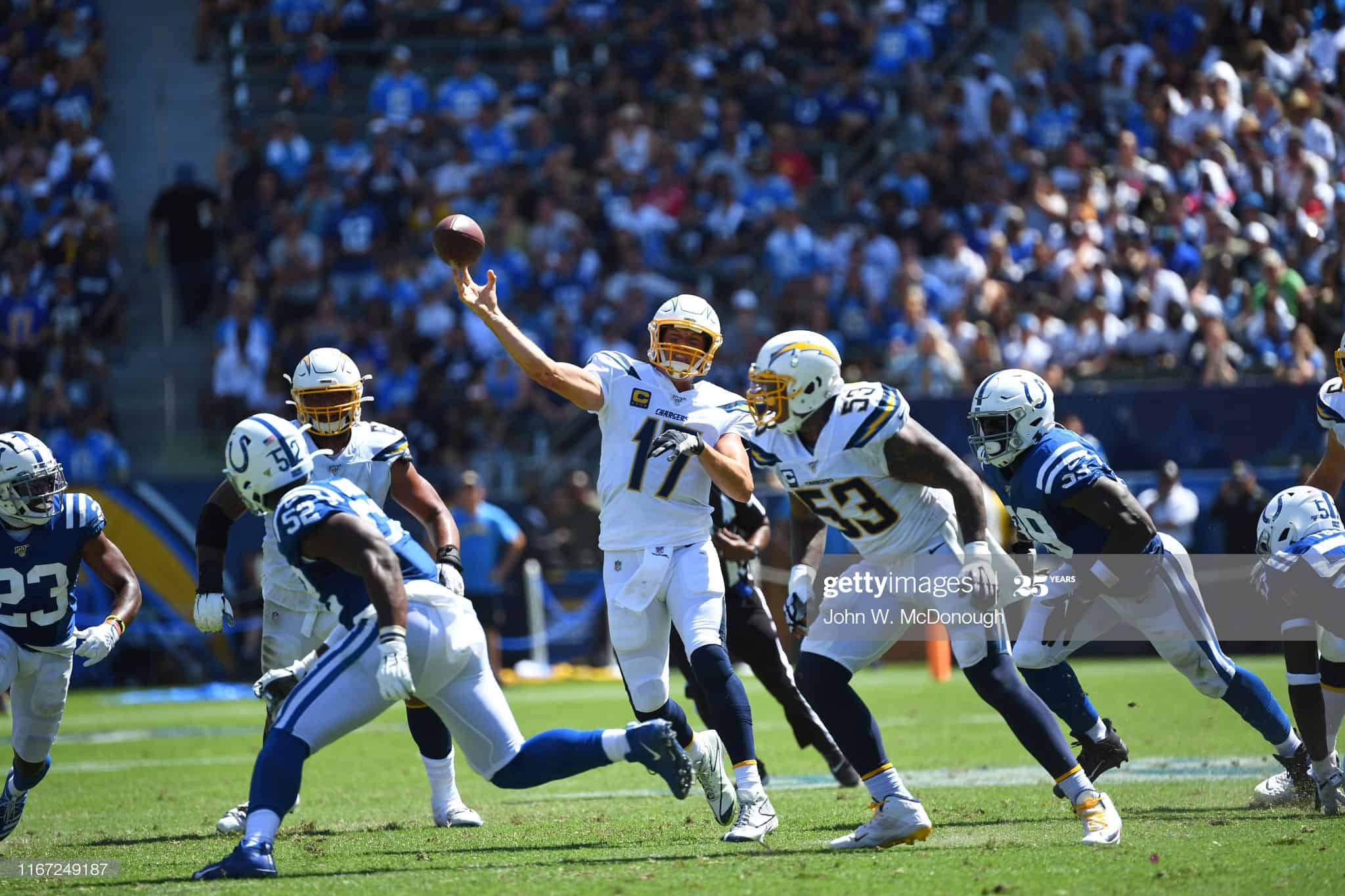 With free agency a few days behind us, let’s take a look at where things stand with the Indianapolis Colts. We’ve seen the Colts make some big moves this week. Signing Philip Rivers and trading for DeForest Buckner are moves a team thinking about a playoff run would make. Let’s see how those moves affect those players as well as those around them as we look at the Indianapolis Colts 2020 Dynasty Outlook.

A work in progress, the current roster has some fantasy football studs, and a few holes to fill. The big factor for Rivers is that talented offensive line he’ll be playing behind, which PFF rated as the #3 line in 2019. Nextgen stats showed Rivers was given under 3 seconds to get the ball out, and thats near the league low, where Jacoby Brissett was given over 5 seconds to deliver the football. Even with all that said, in 2018 we saw a high-completion rate from Rivers, with a subpar offensive line so I expect 2020 to be a really nice bounce-back for Rivers.

With Rivers getting plenty of time to move the ball, that should be very good for all the skill position players in that offense, starting with T.Y. Hilton. The now 30-year old Hilton had a down year in 2019, playing in only 10 games and barely breaking 500 receiving yards, his worst performance as a pro. As long as he’s recovered and healthy, expect him back to his normal production–something like 1,000 yards and 5-7 touchdowns. The other options after Hilton will be something that will be up for debate until Week 1. Parris Campbell should develop into the #2 option, but that could change if a free agent or day two rookie come in to compete with Campbell. The rest of the WR options currently on the roster don’t look all too exciting: Zach Pascal, Marcus Johnson, Daurice Fountain and Chad Williams are not much more than depth.

The addition of Rivers will help the running backs in a big way, as Rivers targeted his running backs 174 times in 2019. As they have spent alot of capital on RB’s in the previous few years, they won’t add much to that group, and that leaves Marlon Mack and Nyheim Hines to keep their value or even gain value in 2020. The only player in this equation, Jacoby Brissett, leaves me wondering if they brought in Rivers to help develop Brissett, or just to take the job and leave Brissett out in the cold.

Adding DeForest Buckner is a huge win for the Colts, as the 2019 Colts ranked 18th in the league in total defense. From an IDP perspective, Buckner was solid next to some stud lineman in San Francisco. Unfortunately in Indy, that is not the case. Justin Houston was a dominant force but aging, Grover Stewart is average at best and Kemoko Turay is an ascending young talent.

Overall, the only real IDP relevant assets today are Buckner, Anthony Walker, Darius Leonard and Bobby Okereke. We could see their secondary develop with the addition of Buckner, though I’m not spending a ton of capital to add any of them at this time. For those looking to attain any of these pieces, Leonard is expensive, but the rest should be able to be had reasonably priced.

Let me know what you think, hit me up on Twitter and check out our ADP here on RotoHeat.com, to stay up to date on where these players are being drafted.