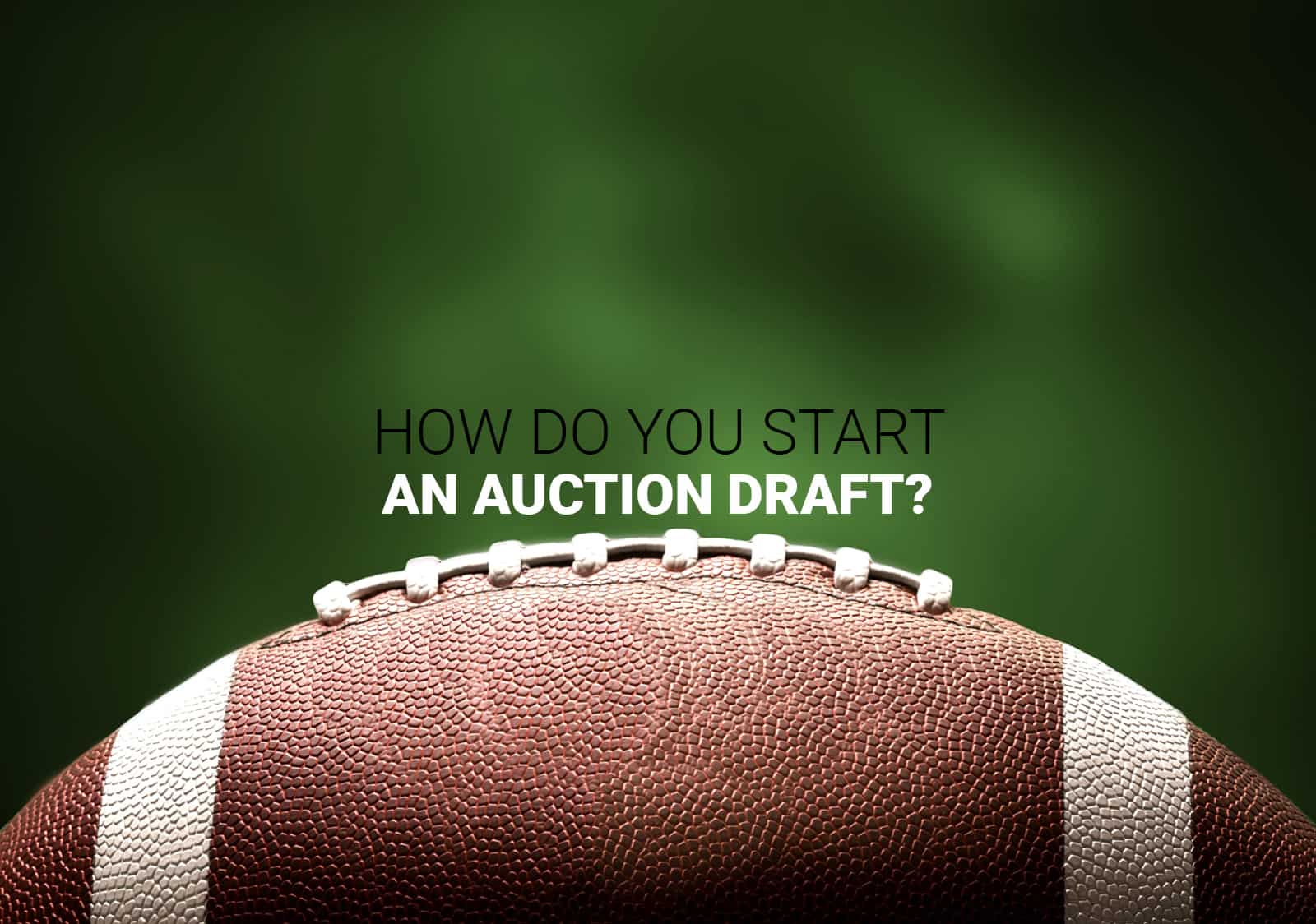 How Do You Start an Auction Draft? Step 1: Determine Your Nomination Order

Setting up your draft is one of many steps a League Commissioner must take care of when stating a fantasy football league. Depending on the type of league you are setting up, I would recommend that you review all the articles in the Rotoheat Fantast Football FAQ & How to Series prior to determining your draft type.

If you are looking for an alternative to the Auction Draft, check out the How to Start a Snake Draft article. If you are looking to set up a league in general, refer to How Do You Start A Dynasty Fantasy Football. Following these steps will ensure your league is all set up properly, and you and your leagues managers will maximize the fantasy experience in 2021.

If you are looking to up your fantasy game, auction draft leagues are a great place to start. Auction leagues offer a unique challenge in fantasy football where players are nominated and bid on as opposed to standard leagues where teams take turns drafting players. It will certainly make your draft that much more interesting and create a new and exciting strategies throughout the fantasy season.

In Auction Leagues, the League Commissioner will set a nomination order prior to the draft’s commencement. Unlike a snake draft, the nomination order is used in the initial round of the auction only. There are various ways to determine the order, be it names in a hat, contests among your league managers, or by utilizing several randomizer websites. Regardless of the process used to determine the order, make sure you are transparent with your league to avoid any potential concerns.

How Do You Start an Auction Draft? Step 2: Determine Your Auction Budget

All Auction Drafts need a budget. The amount of the budget is arbitrary, and the amount can be whatever you’d want it to be. I have participated in auction drafts with a $1,000 budget, $500 budget and a $200 budget. Regardless the budget amount, it is the amount the league managers will use to bid on in an attempt to add players to their roster. My personal preference is to set a high budget vs a small budget. I like seeing the game’s best players go for big dollars.

Setting an auction budget will restrict each league manager to a maximum bid for an individual player. The maximum bid is determined by taking each team’s remaining budget and subtracting the number of empty slots available on each roster.

How Do You Start an Auction Draft? Step 3: Determine Round Times

After a player has been nominated to be drafted, teams can begin to place bids on the player. The team with the highest bid at the end of the round will win the player, and the amount bid will be deducted from that team’s budget. Rounds in an Auction Draft differ than rounds in a Snake Draft where owners make one pick per round. In an auction, a player is on the draft board for a period of time predetermined by the league commissioner. If you are participating in a live auction draft, the time per round is typically short–around 1-2 minutes.

If your auction is a slow (email) style, then the time per round can be longer –all the way up to 24 hours. Once nominated, the player stays available for others to bid on until the round time expires. Typically in Auction Drafts, the clock will reset when an owner bids enough money on that player to take him from another owner. This process continues until the clock runs out. When a league manager wins a player, they then nominate another player to auction.

How Do You Start an Auction Draft? Step 4: Determine Round Size

League Commissioners can determine the size of each round, basically by limiting the number of players that can be available to bid on at any one time. If you are new to auctions, limiting the board to 24 or 36 players (2 or 3 nominations from each manager in a 12 team league), can be very beneficial, and much easier to manage for the commissioner and the members of the league.

How Do You Start an Auction Draft? Step 5: Preparation!

Once you have done these steps, it’s time to do your prep, determine your budgets for each player (or just checking here at RotoHeat.com for our rankings), and get ready for your auction draft to begin! If you ever have questions, the team at RotoHeat is here to help! You can hit me up on Twitter or jump into our Facebook and Discord communities where you can get your questions answered by the whole team! Thanks again for checking out Start an Auction Draft for 2021 Fantasy Football. Now that you have made the jump to the auction world you will likely never go back!

How Do You Start A Devy League for 2021 Fantasy Football?