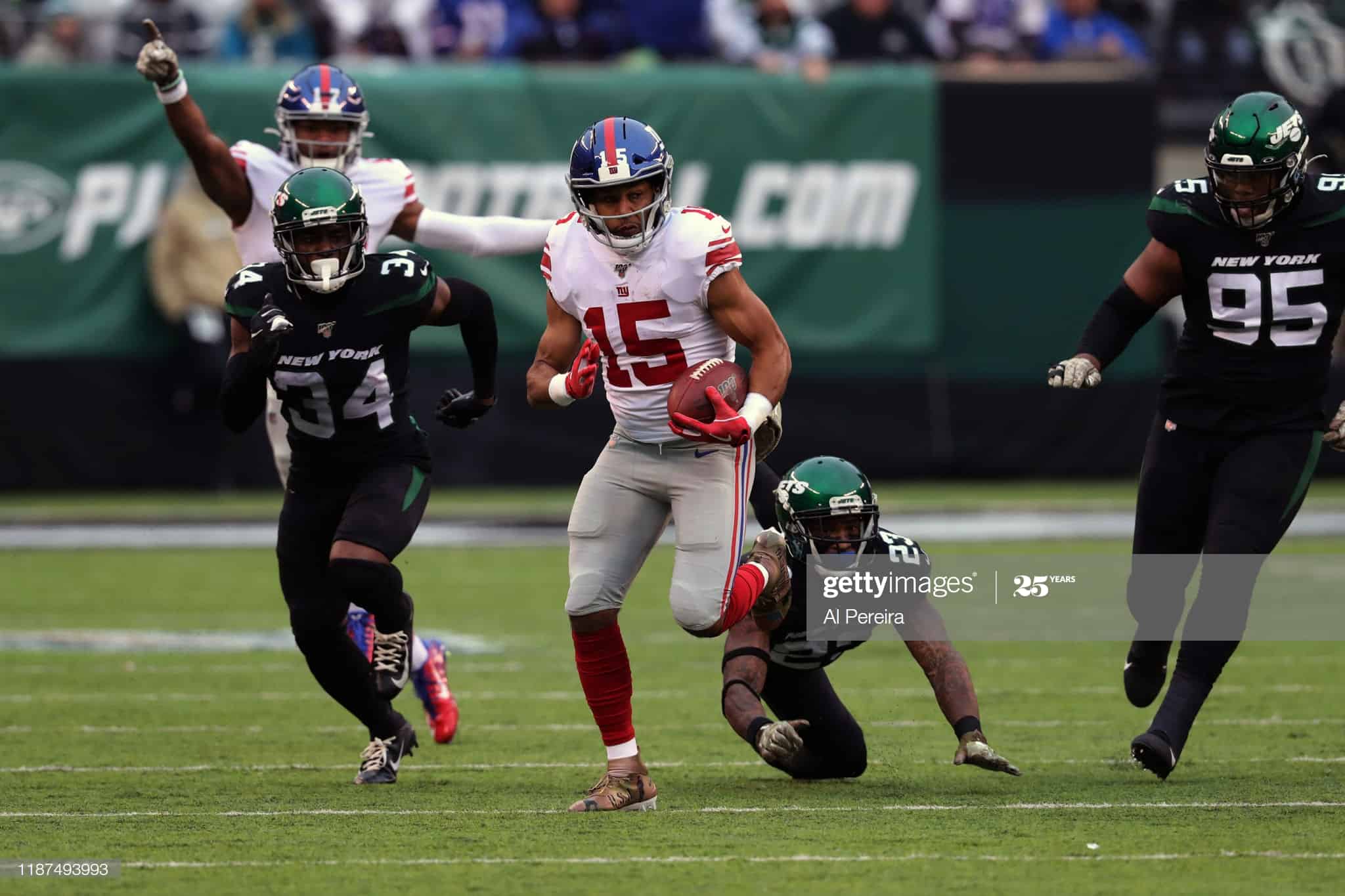 As a Lions fan, Golden Tate was amazing to watch as he gave us everything he had. From a fantasy perspective, he never had less than 90 receptions in his time as a Lions wideout and quietly put together a great resume for someone who saw success early on in his NFL career. 2018 was a rough campaign with Tate seeing a big reduction in fantasy output between Detroit and Philadelphia, and 2019 was no better with a Daniel Jones-led New York Giants team.

So now as we quickly approach the 2020 campaign, you have to ask yourself if Daniel Jones can develop quickly into a more accurate passer? Tate is a very good receiver, but he needs catchable balls thrown his way, and to be fantasy productive it needs to happen now. In 2019, with the rookie passer, Tate was only able to amass 49 catches on 85 targets–the lowest catch percentage since his rookie year in Seattle. The unfortunate thing for Tate was that the Giants were low at completing passes as a team, going 376/607 for just 3,731 yards and 30 touchdowns.

The Giants focused on other areas, so the wide receiver corp is basically still Tate, Shepard, and Darius Slayton, which is a fine group of receivers. The Giants did a good job equally distributing the football, as each receiver had 80+ targets (with Tate leading the way at 85), and I’d expect similar in 2020. If that’s the case, I’d expect Tate’s receptions to go up based on chemistry, development, and adding better pieces to that offensive line. I predict 60-70 receptions, 800-900 yards and 5-8 touchdowns.

Tate isn’t like most receivers, as he has a good blend of quickness and burst plus great football intelligence. I can see him still being productive as a WR3 with WR2 upside for another 2-3 years pretty easily (barring injury obviously). On your fantasy rosters you need a couple good WR3-level players, especially with bye weeks and injury fill-ins, as both can cause you trouble in season, so I’m okay rostering Tate for a few more seasons.

I currently have a couple Golden Tate shares, and I haven’t had a ton of interest from other owners on the trade front. If I was going to move Tate, I’d either want a young WR that has potential or a 2nd round pick in either of the next two draft classes. If I’m a team that is a contender, I’d gladly give a late 2nd to add depth like Tate.

Thank you for reading the Golden Tate 2020 Dynasty Outlook.