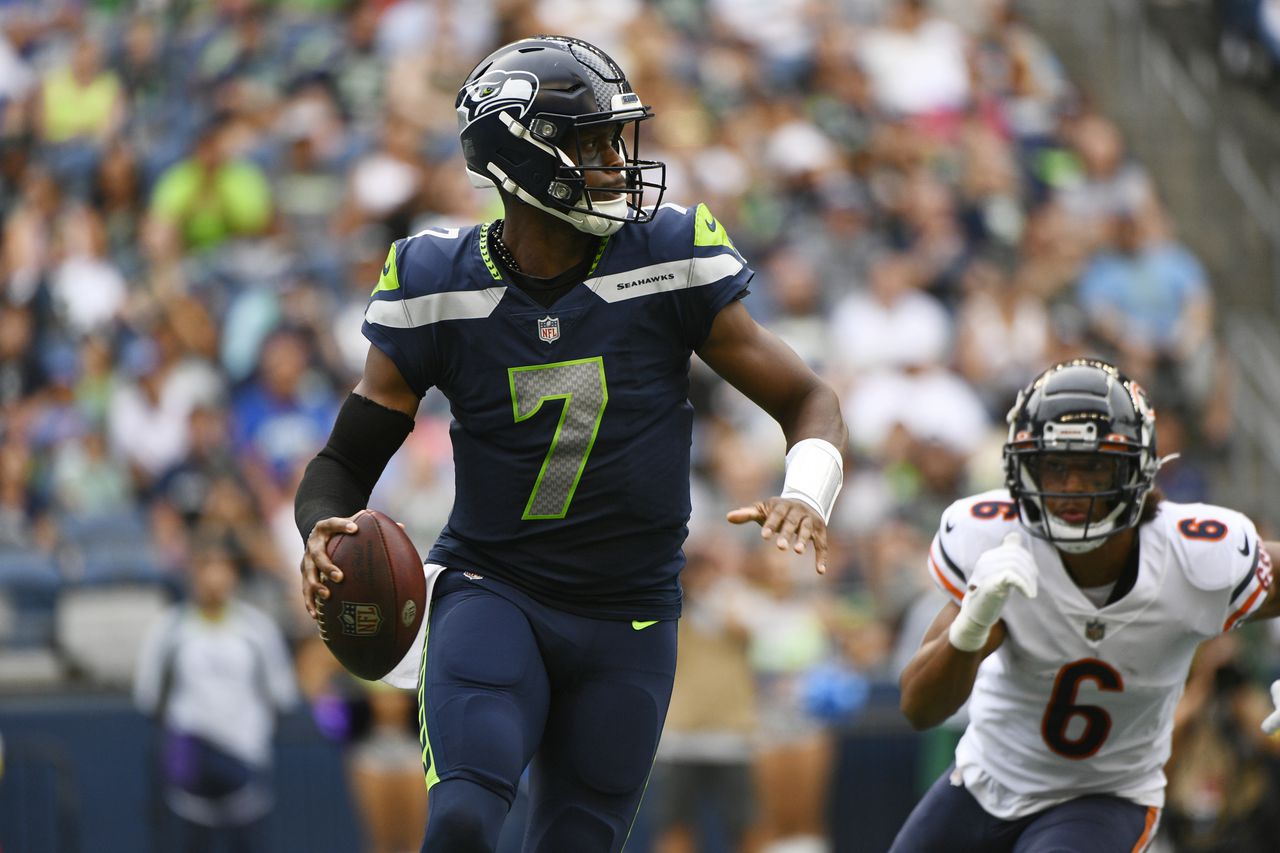 By the name of this article, you’d think it’s the Geno Smith fantasy profile from 2014 but I kid you not, he is a starting quarterback for 2022! The Seattle Seahawks are a team in transition, and the most important position, the quarterback, came down to a battle between veteran Geno Smith and Drew Lock. By the end of this, you should have an idea of what you want to do with Geno Smith, and what I’m doing with him for the 2022 season.

That’s a pretty loaded question these days, was it out of necessity? Was it a truly open competition between the two and Smith was the best option? Was it the last option because they missed getting Baker? Didn’t want Jimmy? These are all very good questions, difficult but what we do know is that in the time that Geno ran this Seattle offense, he was 1-3 and produced well against Jacksonville, and so-so against the other teams.

What the Seahawks get in Smith is a player who knows the system, will run the offense as Pete Carroll needs him to, and distribute the ball without too many turnovers at this point in his career. My gut tells me that Pete Carroll would rather a veteran presence to steady the team in this change, while he works on helping Lock develop to be their “QB of the future” if he believes Lock can be their guy moving forward. In reality, most likely one of the two first rounders they have in 2023 turns out to be a quarterback, as that class has some strong potential to produce multiple first-round quarterbacks.

Geno Smith Fantasy Profile – Can he help you win the ship in 22′?

That’s a much trickier question to answer, as this team and everyone’s projections for them are all over the map. First, Geno has to stay healthy for a full season (TBD if that’s possible), second this defense needs to take steps forward, with the pieces they have it’s certainly possible but definitely tough in the division they are in.

From a fantasy perspective, if Geno is healthy he probably gets you 3,500 yards, 20-25 touchdowns vs. 5-10 interceptions and then some rushing yards sprinkled in (I’d guess 100-300 and maybe another touchdown or two rushing). From a fantasy perspective, he’s a low end QB2 at best but I’d really only think he’s playable for you in the weeks he faces Atlanta, Detroit, and the two New York teams.

I have one dynasty that I had Drew Lock rostered on, so I went ahead and made sure to pick up Geno off the waiver wire and glad I did so. I will say neither is my starter, and I have no intention on really leaning on them accept as a bye-week fill in. Even in a superflex format, I’d think on a weekly basis you’d have better players at other positions to start (yes, weekly another WR or RB probably out-produces Smith, minus the games I mentioned).