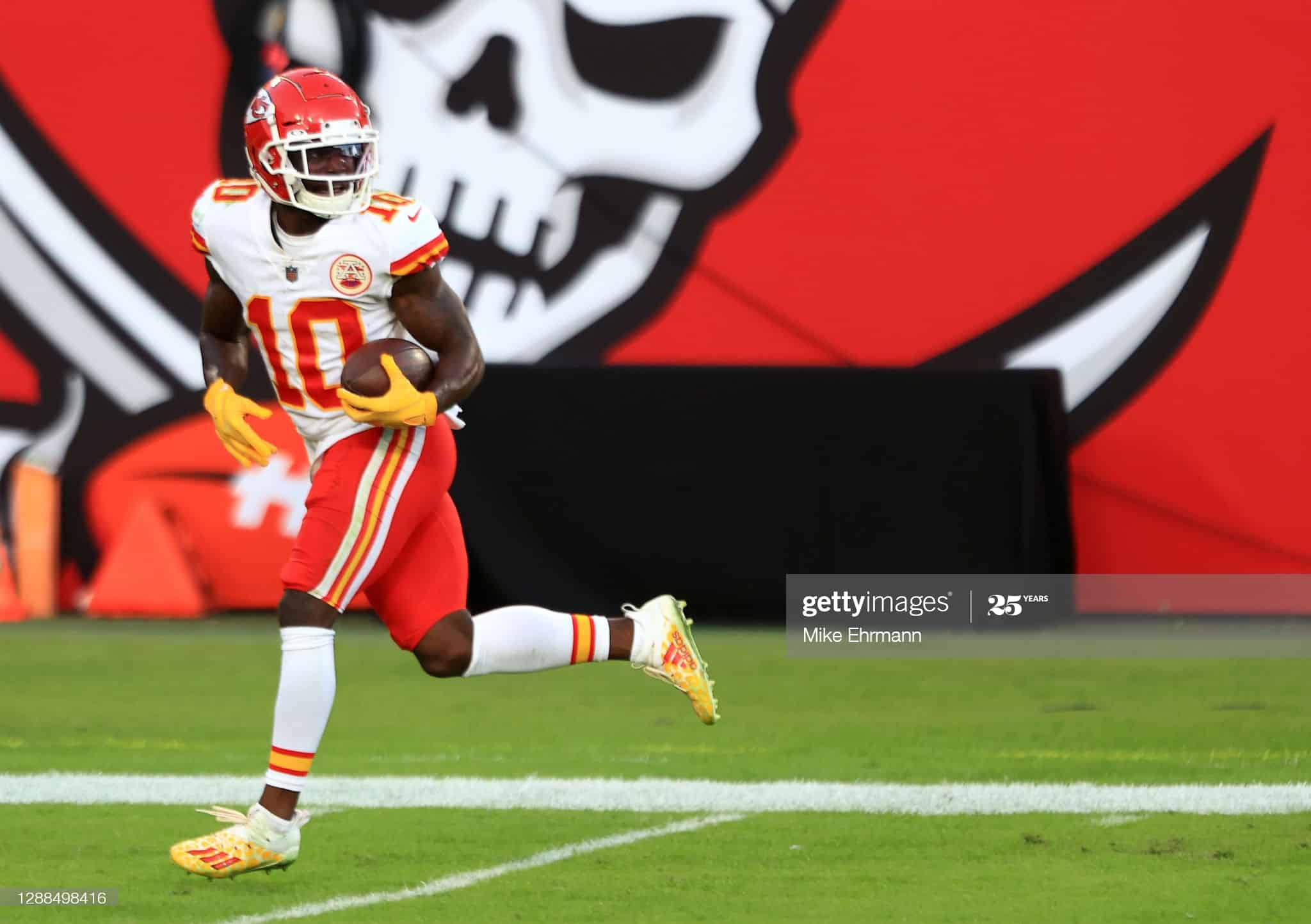 Well this is it, the final week of your fantasy regular season schedule, Week 13, is coming up. Typically all season I have been bringing you some seriously mediocre start sit advice. This episode is a bonus episode, a week 12 recap and a solid dose of Sully’s 2 Cents. The start sit episode will be out later this week, but first we need to wrap up Week 12 the week that would never end.

Week 12 (which feels like it started a month ago), is currently scheduled to conclude with the Baltimore Ravens/ Pittsburgh Steelers today, Wednesday afternoon December 2, 2020. Wednesday afternoon football, a game that was initially the primetime Thanksgiving Day contest. A game that was pushed from Thursday to Sunday, to Monday to Tuesday to, yup you guessed it Wednesday. All because of a Covid-19 outbreak within the Baltimore Ravens organization.

The pandemic has caused us to have the first Wednesday NFL contest since Since 2012, and the second since 1950. The NFL played that 2012 Wednesday game as the regular season opener. The New York Giants and the Dallas Cowboys were originally scheduled to play it on Thursday, but the game got bumped to Wednesday so that it didn’t conflict with President Obama’s speech at the Democratic National Convention that year.

The pandemic also caused us to witness a practice squad Wide Receiver impersonate a QB. Kendall Hinton entered Sunday with 2200 Twitter followers, and exited Sunday with 12,000 followers. He also threw 2 interceptions which in all honestly isn’t terrible. Unfortunately those picks doubled his completions. He finished 1/9 for 13 yards with said two picks and 2 carries for 7 yards, in the Broncos 31-3 loss to the New Orleans Saints.

Shame on the NFL for letting this happen. The Broncos screwed up, there is no doubt, but to permit this ESS show of a football game to take place in the same week that you postponed a football game 4 times, is inexcusable. The Broncos requested to have the game pushed back to Sunday, and the NFL would have none of it. One game can move 4-5 times and another can not move once. Interesting.

Kendall Hinton my man, take comfort in this very stat. In Week 9 the New Orleans Saints defeated the Tampa Bay Buccaneers led by arguably the greatest QB ever to play this game Tom Brady, 38-3. Forget that you threw for 13 yards and forget that you are likely back selling sunglasses for a living. You put up the same number of points on the Saints that the GOAT did.

Now there were a large number of fantasy managers that added Hinton and to their rosters and started him. Shame on every single one of you. Not to be a jerk but you got exactly what you deserved here. Start and sits as much as I get them wrong each week is all about the process. I project, I rank and I pick out a few that I feel are the best calls.

There was very little reason to add this player and simply no reason to start him here as there was as close to no chance that he would be fantasy relevant. When I projected his fantasy numbers I came up with 3.56 fantasy points. You don’t start 3.26 points regardless of the eligibility the player may hold.

By the way ESPN was up to it again a week after Taysom Hill gate. Hinton held WR eligibility, so there were folks that thought they would slam in the flex spot and create a 2QB situation. Problem here is you still had one QB, along with a practice roster WR who lost his QB job in college. My projected 3.56 turned out to be high. Depending on how your league scores the QB position, Hinton who I’m sure is a great kid put up a whopping -2.8 points on ESPN.

One last tidbit on that ridiculous game. For all of you that have uttered the phrase, “I could have completed that pass”, uh no you could not.

Back to the Ravens and the Steelers. As of Tuesday, Baltimore had 10 straight days of positive tests. The coronavirus has spread throughout the organization, infecting players, coaches and support staff. There are at least 30 members of the organization who have either tested positive or were identified as a high-risk close contact.

Steve Saunders is the Ravens’ head strength and conditioning coach. According to multiple reports, he was the staff member punished by Baltimore for conduct relating to the team’s COVID-19 outbreak.

According to the Baltimore Sun, Saunders “had not routinely worn the proximity tracker required by the NFL for contact tracing or reported potential COVID-19 symptoms as he worked with players.” NFL Network added in its reporting that Sanders had not consistently worn a mask. How is this dude still employed by the Ravens organization and who permitted his carless behavior in the first place? The NFL needs to hammer the Ravens here with fines, and lost draft choices, in my opinion.

The Pittsburgh Steelers who are in the midst of an undefeated season have been effected by a carless team leading to a Covid situation for the second time this season. Credit to the Steelers and coach Mike Tomlin for being adaptable and being able to play at a high level all season. I expect the Steelers to hammer the short handed Ravens this afternoon, and personally I hope they run up the score.

Tyreek Hill – 15 targets, 13 catches 269 yards and 3 scores. 57.90 PPR points. Hill had 207 receiving yards and 3 scores in the first quarter. For a while there he looked like he was going to top Jamal Charles and the 62.5 he put up on the Raiders in 2013. Not surprisingly after this massive outburst Hill in WR1 overall. Just a suggestion for all you defensive coordinators out there, single coverage on Tyreek Hill doesn’t work.

Derrick Henry – 27 for 128 and 3 scores. 2 catches for 7 yards. 38.50 points. It is Derrick henry season folks. He is just getting starting entering December, and his playoff schedule is Jacksonville, Detroit and Green Bay. If you are a psychopath and play into week 17 he gets the Houston Texans. Dude is a league winner.

Antonio Gibson – 20 times for 115 yards and three touchdowns. He added 5 catches for 21 more yards. Last he faced Dallas, he totaled 128 yards and a touchdown, guess which team he wants to play 16 times a year. Gibson is RB5 on the season and since the Football Team’s bye in Week 8, Gibson is RB2 behind only Dalvin Cook.


Will Fuller – 7 targets, 6 catches 171 yards and a pair of scores. 35.10 points. Later in the week Fuller was suspended the remainder of teh season and the first game of 2021 for violating the leagues substance abuse policy. Shame on Fuller, shame on the doctor that prescribed this mystery drug, and shame most of all on the Houston Texans. Shame on Fuller for not knowing what you are putting in you body, shame on the doctor for not knowing what is on the leagues banned substance list and shame on the Texans for not having this run by their own doctors. Simply put this is straight up stupid.

Deshaun Watson– Watson wrapped up Thanksgiving Day 17/25 for 318 yards and 4 passing scores. He added 8 runs for 24 yards. Watson has now gone back to back over 30 points and this was his third 30+ fantasy point game of the season. I know there is concern for Watson now that Fuller is gone. Not from me, he’s a stud and will remain one regardless of his WRs.

Patrick Mahomes – 37/49 462 and 3. This guy continues to amaze. He is so good that at times he appears bored. This is his 5th week over 30 points which includes one over 40. He has moved into #2 on the QB scoring list and will pass Kyler Murray next week.

Not everyone gave you a big week, like every week in every season we have guys that disappointed their managers;

Derek Carr – 22/34 215 yards no TDs, a pick 6 and 3 lost fumbles. 1.6 fantasy points. How bad was Carr this week, (a start in my recent start sit pod btw), his back up Nate Peterman and Giants back-up Colt McCoy both failed to hit 2 fantasy points and still out scored Carr. He finished the week as QB32, after back to back weeks of being QB8 last week.

Clyde Edwards-Helaire – Clyde Edwards-Helaire rushed 11 times for 37 yards in the Chiefs’ Week 12 win over the Tampa Bay. He added one catch for two yards on his only target of the day. CEH out-touched Le’Veon Bell 12-7, but this one was the Patrick Mahomes and Tyreek Hill show. Edwards-Helaire has become an extremely TD-dependent back-end RB2 despite playing in the league’s most explosive offense. You drafted this RB to give you top-12 weekly results. He was RB46 in Week 12 with his 4.90 point day.

Travis Fulgham – 2 grabs for 16 yards. That is it. It appears that Travis Fulgham’s fantasy relevance is no more. His 3.60 PPR point game this week is his best in the last three weeks. Alshon Jeffrey, Jalen Reagor, and Dallas Goedert back in the lineup combined with Carson Wentz being hot garbage has killed what was once a promising break out season.

Ezekiel Elliott – 10 carries for 32 yards, 1 catch for 7 yards, no scores and yet another lost fumble. Zeke is s shell of his normal self running behind a beat up offensive line and without his QB Dak Prescott. Dak went down in Week 5. In teh first 5 weeks Zeke was RB3 averaging 22.34 PPR points per game. In Weeks 6-12 he is RB27 averaging 9.60 points in his 6 games. He has failed to reach double digits fantasy points in 4 of those contests. Ezekiel Elliot is a sit ladies and gentlemen as crazy as it sounds its a fact.

Jared Cook – I would be happy to share Cook’s stat line from Week 12 but he doesn’t have one. The zero fantasy points are tied for 285th in Week 12. Not what his fantasy managers are looking for. Cook is yet another victim of Taysom Hill as the Saints starting QB.

That’s going to do it for today’s episode, thank you for reading Fantasy Football Week 12 Recap.

Don’t forget to visit our website and our RotoHeat YouTube Channel. The season might be winding down but we are ramping up our live streams as we head into the fantasy playoffs and into the offseason.

I will be back Friday with my Week 13 Start and Sits.  Until then, enjoy the ending to week 12, stay safe and stay healthy Heat Seekers, and have a very Happy Thanksgiving Weekend.