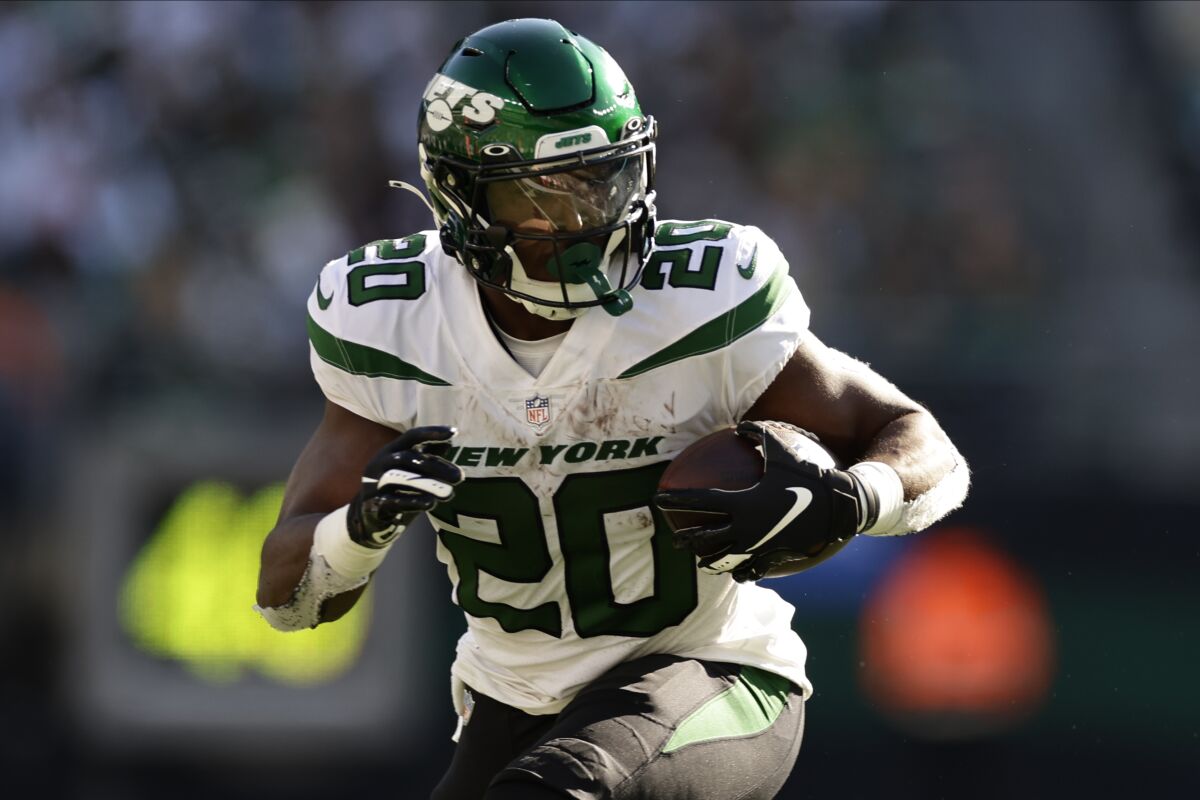 Every week I give insight into the fantasy football takeaways I believe are some of the most important from the NFL week that just passed. Takeaways are important because if we do not learn anything on a given NFL week, we do not know how to adapt going forward. This is why watching the games, rather than just the box scores are important, but you probably already know that.

Without further ado, let us take a look at the fantasy football takeaways from Week 4 of the NFL season.

Breece Hall is a monster already

A lot of fantasy analysts were all-in on running back Breece Hall as the best rookie coming into this year’s NFL Draft.

He was the unanimous 1.1 in dynasty rookie drafts, and I’ve seen him go as early as the second round in 12man redraft leagues. Right now, that seems like a complete bargain. After a somewhat slow start in the first couple of games this season, the Jets coaching staff has found out that Breece Hall is the catalyst that makes their offense go. To begin, Hall has used more as a change-of-pace back to complement Michael Carter, but since Week 4, Breece Hall has been handed the reins to the backfield.

As a result, Hall has 19+ touches in each of his three last games, and we can see that he has taken his fantasy production to the next level. Currently sitting as RB6, Hall is paying massive dividends on his ADP in season-long leagues.

Hall is just 6 games into his NFL career, but he is going to be a fantasy superstar for many years to come. He is a must-start in any format and is a league-winner, that you might have been able to get in the fourth round or maybe even later. Regrettably, Halls’ ascension means that we cannot trust anyone else in the Jets offense, because Hall is taken most of the touches, whilst Zach Wilson is unable to get his wide receivers the ball consistently.

Kamara is returning to form, Najee is not

Two running backs who started the season terribly, because of some minor injuries. In Kamara’s case, it also made him miss a game. However, one seems to be rounding into form (Kamara) whereas Najee Harris continues to look bad in a terrible offense behind a bad offensive line.

Najee has had one game in which he produced more than 10 fantasy points without scoring a touchdown. The 3 games he has scored TDs in have seen him get to a max of 13.9 points. That is terrible for a player you paid a first or second-round pick for in season-long leagues.

Kamara has yet to score a touchdown but has still produced over 40 points combined in his last two games. The touchdowns are going to come as the Saints’ offense continues to lean on their franchise RB. Kamara is a must-start. Najee, on the other hand, should not be seen as any more than a flex play or bye-week stand-in right now. If he does not get in the endzone, Najee is going to burn you as things stand right now.

Marcus Mariota is a good fantasy QB this season

Before the season began, I think most people, myself included only saw Marcus Mariota as an afterthought for fantasy football. He spent the past couple of seasons as the backup in Las Vegas, barely playing at all. It was all but known that Mariota would only be a bridge quarterback for when rookie Desmond Ridder was to be tossed into the fire and try to show he has what it takes to be an NFL QB.

However, despite having one of the worst rosters in the NFL on paper, the Falcons are 3-3 and Marcus Mariota has been solid, quieting any talks of him being a placeholder for Ridder. Furthermore, in a year full of older QBs falling completely by the wayside and not performing, Mariota has been an adequate fantasy QB. Currently sitting at QB14, Mariota is ahead of Russell Wilson, Aaron Rodgers, Matt Ryan, and Matt Stafford. Especially in SuperFlex leagues, Mariota has helped his owners as someone who has only really destroyed you in one of six weeks, whereas all of the QBs mentioned above have disappointed heavily in two or more game weeks this season.

Mariota is a very good streaming option if your starter is on a bye week or a solid QB2 in SF leagues, due to the floor his rushing ability provides.

Start everyone against the Lions and the Chiefs

While it is probably no surprise that you can start everyone against the Lions because they give up the most points in the league by far (almost a TD more pr. game than the Browns and Seahawks) and the most yards per game, it may come as more of a surprise, that the Chiefs defense has been allowing bunches of fantasy points to their opponents.

After six weeks, this is not just because of one or two big performances allowed, but because they consistently allow opponents to produce big against them. So be confident when starting your players against the Chiefs and of course against the Lions.

Thank you for reading Fantasy Football takeaways from Week 6