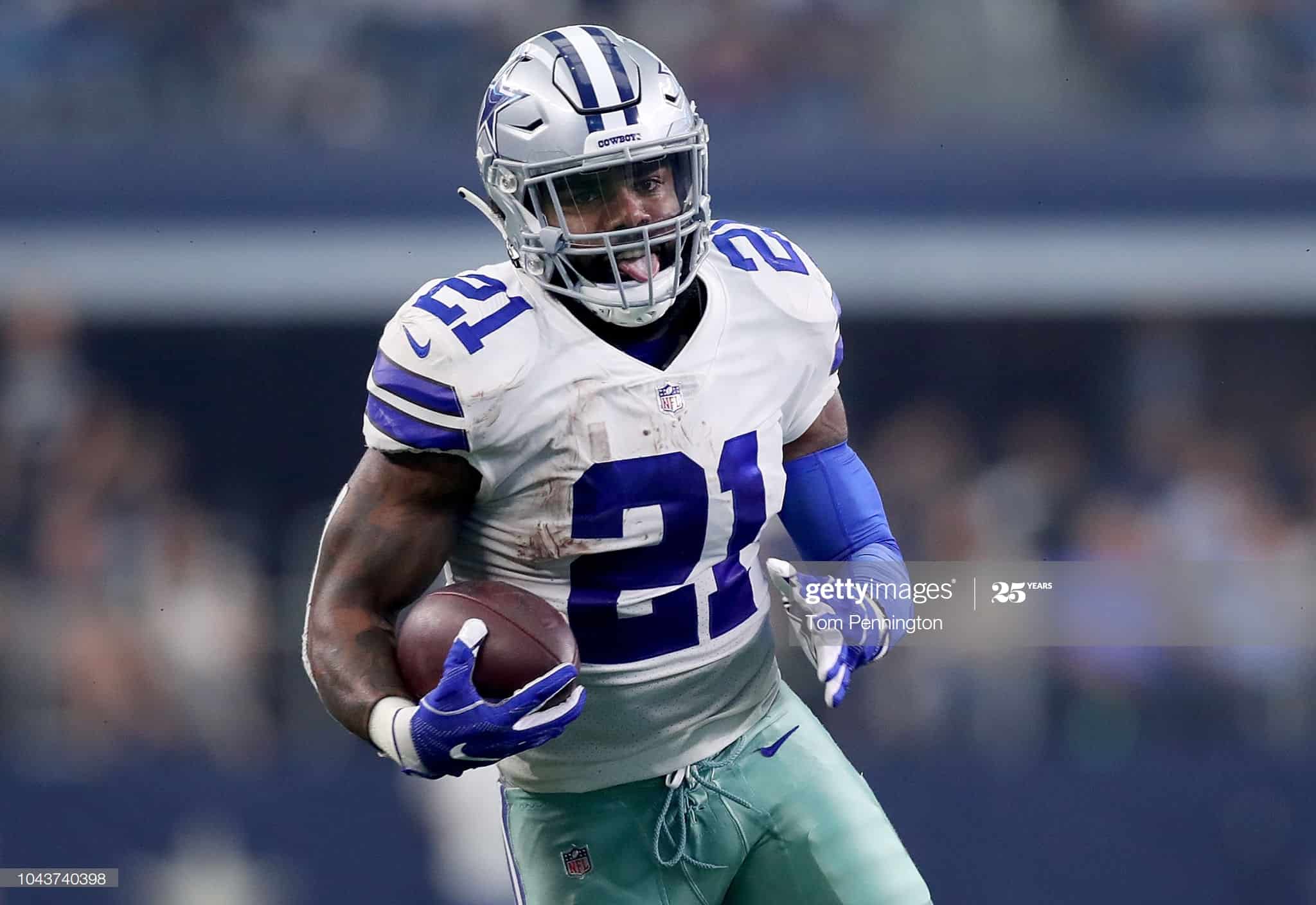 Question: What is Ezekiel Elliot’s value in dynasty fantasy football?

I have seen this topic create quite a stir in dynasty fantasy circles. Cowboy fans and Ezekiel Elliot owners in fantasy will argue vehemently that he is still an elite back. They will insist that he was injured last year, and that is why his production tailed off.

Other Elliot apologists will simply blame the offensive line, who dealt with their own share of injuries down the stretch last year. While there may be some credence to their claims, it is impossible to deny a few facts.

First, Ezekiel Elliot averaged a pedestrian 4.1 ypc the last two years and appears to be slowing down. The league average during this time period was 4.3 ypc. Tony Pollard, who had 130 carries last season, averaged 5.5 ypc running behind the same line that Elliot did.

While Ezekiel Elliot remains a great blocking back and a reliable short-yardage runner, he seems to have lost some of the burst that once made him special. RBs in the NFL, traditionally, do not age well.

Embarking on his seventh season, Ezekiel Elliot has shown signs of decline. And the effects of carrying the rock over 1600 times may be starting to catch up to him.

So, how should fantasy owners evaluate Elliot’s current dynasty value? Well, they should start by removing emotion from their evaluations. I am a diehard Cowboys fan and have loved what Zeke has done for my team over the years. However, the writing is clearly on the wall in my opinion.

2022 will likely be Elliot’s last season to have a significant impact in fantasy football. I say this for a few reasons. First, after this season, the Cowboys can finally free themselves from Elliot’s albatross of a contract.

In today’s NFL, it simply doesn’t make fiscal sense to pay such an exorbitant salary for an aging and declining RB. Big money second contracts did not work out well for teams that paid stars such as David Johnson, Devonta Freeman, Todd Gurley, and Le’Veon Bell.

And one wonders if Carolina and Tennessee would like do-overs in signing Christian McCaffrey and Derrick Henry to lucrative second contracts. Both have shown signs of wear and tear recently.

Having said that, however, as long as he stays healthy, I fully expect Elliot to match or surpass what he did last year when he was the seventh-ranked runner in fantasy. He will surely get a ton of carries in 2022. And in the quasi-final year of his contract, I expect him to be extremely motivated.

Even so, the RB position has been devalued over the years. And the Cowboys will surely have younger and cheaper (and possibly more productive) options next year. Thus, unless Zeke agrees to a massive pay cut moving forward, 2022 will be his last season with the Cowboys. And it is likely that wherever he lands (upon turning 28 next summer), he will be involved in some sort of committee.

So, to get back to the original question, what is Elliot worth to fantasy owners in dynasty leagues? Well, it all depends on the structure of your team and whether you will contend in 2022 or not. Of course, if you are selling Zeke, you should shoot for the stars.

All you would need is for him to string together a few good weeks early in the season. At that point, you should look for a contender (or a diehard Cowboys fan with diluted perspective) who feels they are just a RB away from winning it all. In this dream scenario, if you are lucky, you may be able to get a mid to late first-round pick for him.

One person asked me if I would consider two third-round picks for Elliot if I were rebuilding. They were quite shocked when I said I would think about it. While I agree that a package of two third-round picks is not optimum value, it really depends on how things are going with him and what his market is in your league.

And, for the record, I am not sure how many people out there value third-round picks as much as those of us in the diehard fantasy community. I do not see them as throw-away picks as many people seem to.

As I wrote in an earlier article, the worst thing you could do is hang on to a depreciating asset in fantasy. At some point, you need to cash out. If you are in a rebuild, that time is now. Zeke may have one more big year left in 2022.

However, in a rebuild, you actually do not want those points on your roster, especially if you have a Maximum Points For (MPF) ant-tanking rule in place to determine draft order. This simply means that the draft order of non-playoff teams is determined based on the maximum possible points a team could have had (regardless of whether players were starting or not). Thus, the team with the fewest MPFs would get the first pick and so on.

You are not contending this year anyways and, thus, would only be hurting your draft position next year. This is not to say you should ever tank for draft picks. To the contrary, in a rebuild, you should be planning for the future. And having productive veterans on their last legs does little to help you in the long run.

So, my advice is to get whatever you can for these players. And regarding the topic of tanking (or not tanking I should say), I have seen this topic come up in a few of my leagues and plan to devote a future article to this at some point. In the meantime, make sure to hit me up on Twitter or Facebook with more inquiries and/or to tell me how wrong you think I was. Either way, I can’t wait to hear from you!

Thank you for reading the sixth installment of JUST ASK JOE! I really enjoyed tackling such a thought-provoking question, and hope I was able to shed a little light. For more analyses, be sure to check out our website and fantasy player rankings.