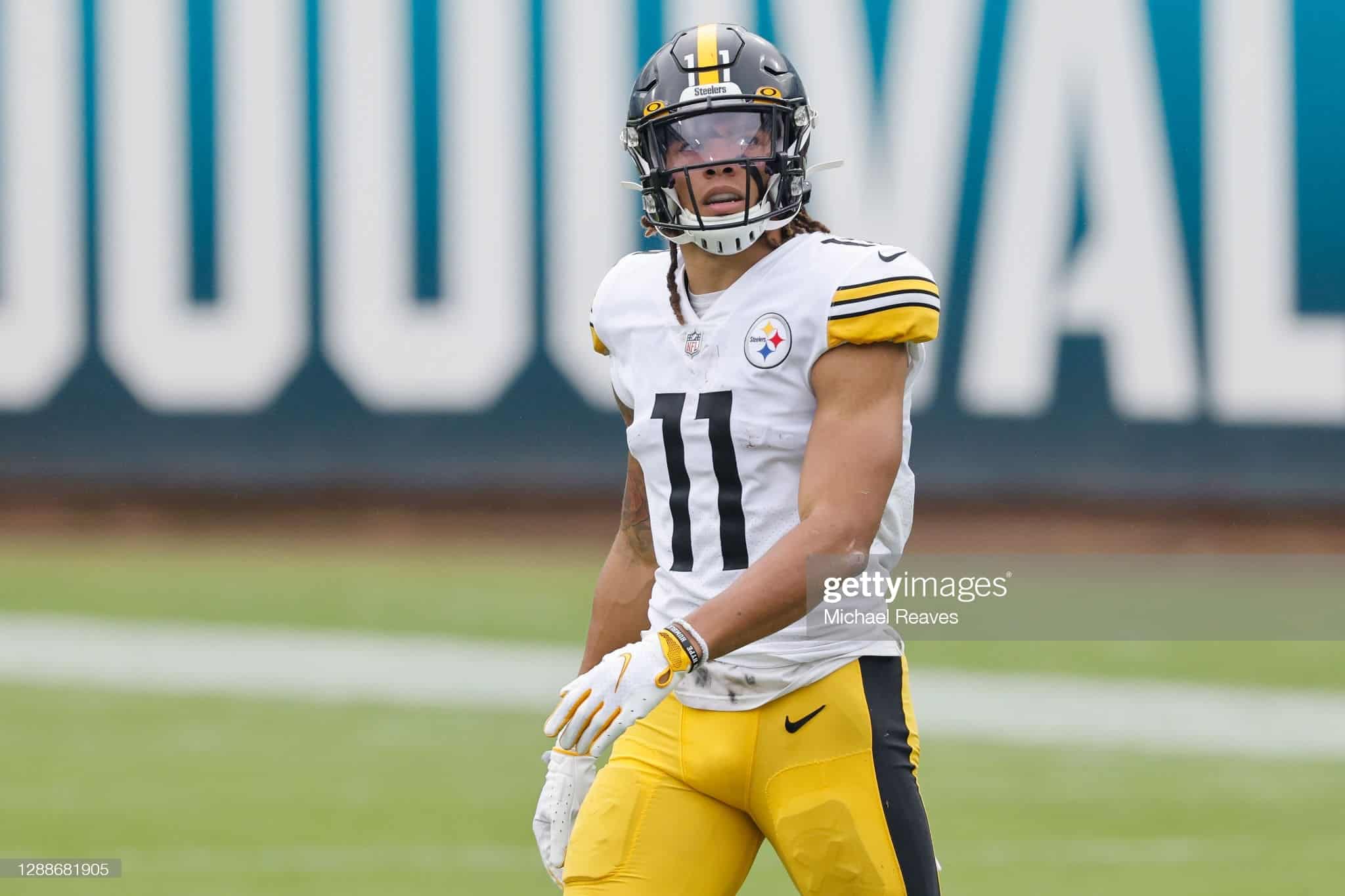 Question: I have a pick coming up (in the middle of the eleventh round) and will likely need to choose between Chase Claypool, Christian Kirk, Deandre Hopkins, or Hunter Renfrow. What do you think?

Answer: This is a tough one. I should start by saying that I don’t think you could go wrong with any of these options. A lot will depend on the construction of your team and whether you plan to contend right away or not.

As for me, I usually like to have a good team from the start, but I am careful to keep a long-term plan in mind as well. With this in mind, I will try to make a case for and against each one of the players you mentioned. Finally, I will tell you who I would go with.

Making the case for DeAndre Hopkins:

At first glance, it seems like a no-brainer; just take DeAndre Hopkins! He has had a sustained level of excellence over his career that none of the others can come close to matching.

In fact, Hopkins is one of only three players in NFL history with at least 700 receptions, 10,000 yards and 60 TDs in his first eight seasons. Marvin Harrison and Torry Holt are the other two. If your team is contending right now, no other WR in this group has quite the ceiling that Hopkins has.

Making the case against DeAndre Hopkins:

Upon closer inspection, however, this is not as much of a slam dunk as one might think. Of the four options mentioned, Hopkins is by far the oldest. He turns 30 in June.

And, last season, the wear and tear of the NFL finally seemed to catch up to Hopkins. He missed the final four games of the 2021 regular season in addition to the Cardinals’ wild-card round loss to the Rams due to a torn MCL in his knee. To make matters worse, Hopkins is being suspended six games to start the 2022 season for violating the NFL’s Performance Enhancing Drug policy.

Finally, the Cards have an out in Hopkins’ contract after next season. With the recent addition of Kyler Murray’s former college teammate, Marquise Brown, it is unknown whether the pricey Hopkins fits into the Card’s long-term plans at WR. It is not hard to imagine Hopkins following a similar path as Julio Jones, who went from being fantasy relevant to an afterthought in a very short period of time.

Making the case for Chase Claypool:

However, in his sophomore season, he totaled only 2 TDs. Some of this regression can be attributed to an aging QB with a shot arm, as well as to a leaky offensive line that did not do him any favors.

The fact remains that Claypool is only 23 years old and has rare physical traits that could one day launch him into fantasy superstardom.

Making the case against Chase Claypool:

Although the Steelers signed Mitchell Trubisky and drafted Kenny Pickett, it remains to be seen whether they actually upgraded at the QB position.

Moreover, the offensive line figures to be the Achilles heel of the offense once again. Claypool, who has yet to catch more than 62 passes in a season, is more of a vertical threat than a PPR monster. Thus, for him to maximize his game, Claypool needs to play with a QB that has not only the ability but the time to throw downfield.

Further, the Steelers drafted Georgia Bulldogs standout WR George Pickens, who will eat into Claypool’s target share. Finally, a lot has been written about how Claypool lacks maturity on and off the field. With these impediments, one has to wonder whether he can truly reach his full potential.

Making the case for Christian Kirk:

Kirk is only 25 years old and is coming off a good season in which he was the Cardinals’ leading receiver with 77 catches for 982 yards. Kirk’s 9.6 yards per target when aligned in the slot last season ranked second-best in the NFL among receivers with at least 50 slot targets. Only Cooper Kupp was better.

Moreover, the fact that the Jags signed Kirk to a massive deal in free agency suggests they are committed to him for the foreseeable future. From the moment he steps onto the field for the Jags, he should become the Jags’ number one option and command a steady stream of targets.

Further, if we believe that Trevor Lawrence is an ascending QB, then we have to believe that he will carry Kirk along for the ride. Finally, the upgrade in coaching from Urban Meyer to Doug Pedersen cannot be understated. The Jags offense should be much better next year.

Making the case against Christian Kirk:

Some pundits were shocked that the Jags broke the bank for a WR that has never eclipsed 1000 yards. Equally disturbing is the fact that Kirk has never been the focal point of an offense before.

Kirk is best suited to playing the slot and complimenting a WR such as DeAndre Hopkins who thrives on the outside. With all due respect, the Jags’ outside WRs are pedestrian and not the type to take the pressure off slot WRs.

What is more concerning is that the Jags already have slot WRs such as Laviska Shenault and Jamal Agnew, so the Kirk signing feels redundant in some ways.

Lastly, before last season, it always felt like Kirk was dealing with one ailment or another. Another healthy season would go a long way in shaking the perception that he may be somewhat injury prone.

Making the case for Hunter Renfrow:

Of the four WRs being considered, Hunter Renfrow was easily the most productive last season. His 103 catches for 1038 yards and 9 TDs led the Raiders in 2021. He is only 26 years old and among the best slot WRs in the NFL.

Making the case against Hunter Renfrow:

Renfrow’s statistics in his first two years were very similar. However, in his third year (2021), he made a monumental statistical leap by adding almost 50 catches and 400 yards to his season totals. This type of production seems unstainable to me though.

Last season, target monster TE Darren Waller was banged up all year and only appeared in 11 games. Moreover, this offseason, the Raiders traded for All-Pro WR Devante Adams and made him the highest-paid WR in the NFL.

With the type of talent that Adams possesses and the investment that the Raiders have made in him, he will, undoubtedly, command a large target share as well. Assuming everyone stays healthy, it seems unlikely that Renfrow approaches anywhere near his 2021 numbers next season.

What is the final call?

Ultimately, if I am in a dynasty start-up, I would probably go with Claypool or Kirk. They both seem to have a nice blend of youth and production. And it just feels like both are scratching the surface and can take their games to another level in the future.

If I had to pick between them, I suppose I would lean toward Claypool simply because he is younger and has those elite physical traits I mentioned. With such a rare combination of size and speed, Claypool has the potential to develop into one of the best WRs in the game. I truly believe that with time and coaching, Claypool can grow and mature into a true pro.

Thank you for reading the fourth installment of JUST ASK JOE! I really enjoyed tackling such a thought-provoking question, and hope I was able to shed a little light. Make sure to hit me up on Twitter or Facebook with more inquiries and/or to tell me how wrong you think I was. Either way, I can’t wait to hear from you!

For more analyses, be sure to check out our website and fantasy player rankings, as well as a video analysis of a dynasty superflex start-up draft.