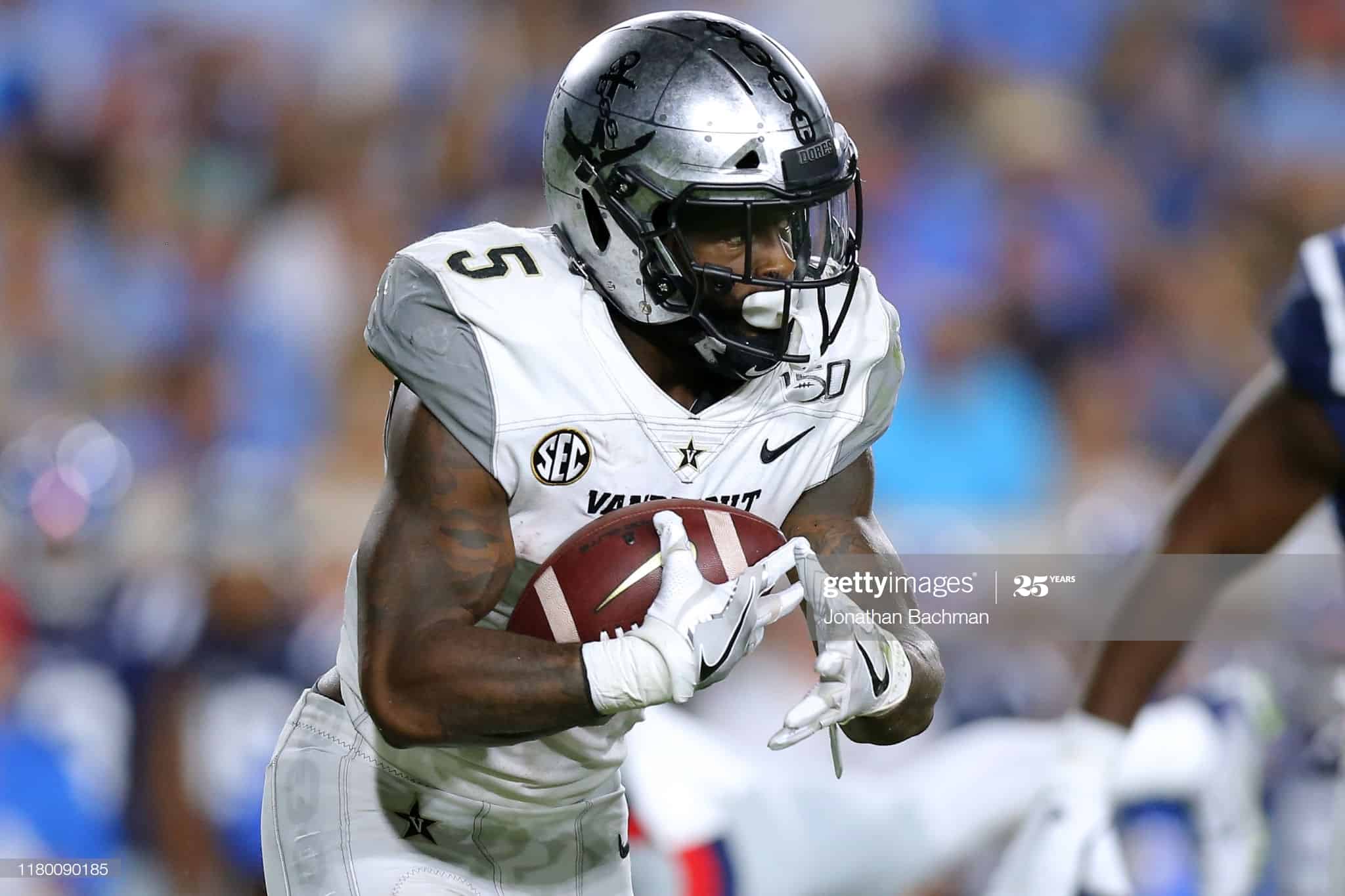 In the second installment of this 8-part series we review the Fantasy Draft Grades in the NFC South.

One of the reasons I am so high on pieces of the Atlanta Falcons is their defense is weak, and as a result they trail often. It’s not surprising that the Falcons focused on their needs during the draft.

The only addition to the offense was Temple C Matt Hennessy. Center Alex Mack will be 35 at the end of this season and no longer under contract, so Hennessy steps into an ideal scenario: a starting job waiting in the wings with a chance first to learn as an understudy to one of the game’s great veterans.

I would have liked the Falcons to address the backfield with Brian Hill, Qadree Ollison, and Ito Smith lining up behind starting RB Todd Gurley. Gurley is a weekly wildcard and the the trio behind him has proven to be adequate replacements at best when given the opportunity to see some touches.

The nice part about a full-scale rebuilding project is it gives you a lot of options in the draft (though it appears the Panthers may have only been aware of half of theirs, as they became the first team in modern history to take only defensive players in an entire draft). Like in previous years, the Panthers, whose front office is still headed by GM Marty Hurney, laid their foundational blocks in the defensive trenches.

The decision, based on how poor the Panthers defense was a year ago, likely was a wise one. I would have liked to see the Panthers add a WR due to the depth of this draft class.

Draft trades in past years left the Saints short on draft capital, and what capital they did have went towards filling roles that might not be recognized until 2021. That’s not the worst thing. Even though this is likely Drew Brees’s last season, and so one might think they’d be drafting for this year, the Saints are still set up for success down the road. Head coach Sean Payton and GM Mickey Loomis are keeping the big picture in perspective.

The two questions with Cesar Ruiz: When will he play, and where will he play? As far as the when, right guard Larry Warford is in the final year of his contract and the team could actually save $8.5 million in cap space by cutting him now. That, however, would mean $5 million in dead money on the books, plus Warford is only 28 and is still playing at a high level. It’s entirely possible Ruiz could develop from the bench in Year One.

The “where” question is even more interesting. Left guard Andrus Peat was just signed to a big second contract and seems entrenched at that position, which means Ruiz will either play right guard or center. Ruiz says he is more comfortable at center but that’s the job held by 2019 second-rounder Erik McCoy (who also cost New Orleans this year’s second-round pick). McCoy is coming off a solid rookie season.

Adam Trautman is the player the Saints added that I am the most excited about and the one that drives their draft grade. He has great size for a TE (6’5″ 251 lbs). He is a good athlete with a solid blend of speed and short-area agility at the top of his routes. Trautman has a basketball background and it shows up at the catch point, he boxes out defenders and leaps off the ground for the ball like a power forward. Trautman has plenty of untapped potential, as he can line up in-line, backfield, slot, and out wide. He is the perfect chess piece type guy for Sean Payton and he can develop behind Jared Cook in 2020.

Tommy Stevens has the size and versatility to be used as a Taysom Hill type. His chances of being a QB at the NFL level, however, are extremely remote. Stevens transferred from Penn State to Mississippi State and lost his job as the Bulldogs startling QB mid season.

MINNEAPOLIS, MN – SEPTEMBER 15: Tyler Johnson #6 of the Minnesota Golden Gophers carries the ball for a touchdown against the Miami (Oh) Redhawks during the first quarter of the game on September 15, 2018 at TCF Bank Stadium in Minneapolis, Minnesota. The Golden Gophers defeated the Redhawks 26-3. (Photo by Hannah Foslien/Getty Images) Fantasy Draft Grades – NFC South

If you’re going to invest in a 42-year-old Tom Brady, you need to fill your glaring hole at right tackle. After trading up to #13 pick with the San Francisco 49ers, the Bucs added Iowa Tackle  Tristan Wirfs, who was efficient for three years at Iowa. He’s nearly 6′ 5″ and has 34-inch arms—some feel that Wirfs’s playing style is better suited for the guard position. That’s an unlikely move for the Bucs, who have a quality left guard in Ali Marpet and spent a third-rounder on right guard Alex Cappa in 2018. Consider this a straightforward, value-needed selection.

It was surprising that the Bucs did not look for wide receiver depth earlier than the fifth round when they grabbed Minnesota WR Tyler Johnson. Being patient at WR speaks to the depth of the draft and suggests they must really like third-round back Ke’Shawn Vaughn.

Vaughn was a straightforward, one-path runner at Vanderbilt, which means the Bucs see him as a base down player. Is he here to add backfield depth, or does Tampa Bay’s brass envision Vaughn challenging Ronald Jones?