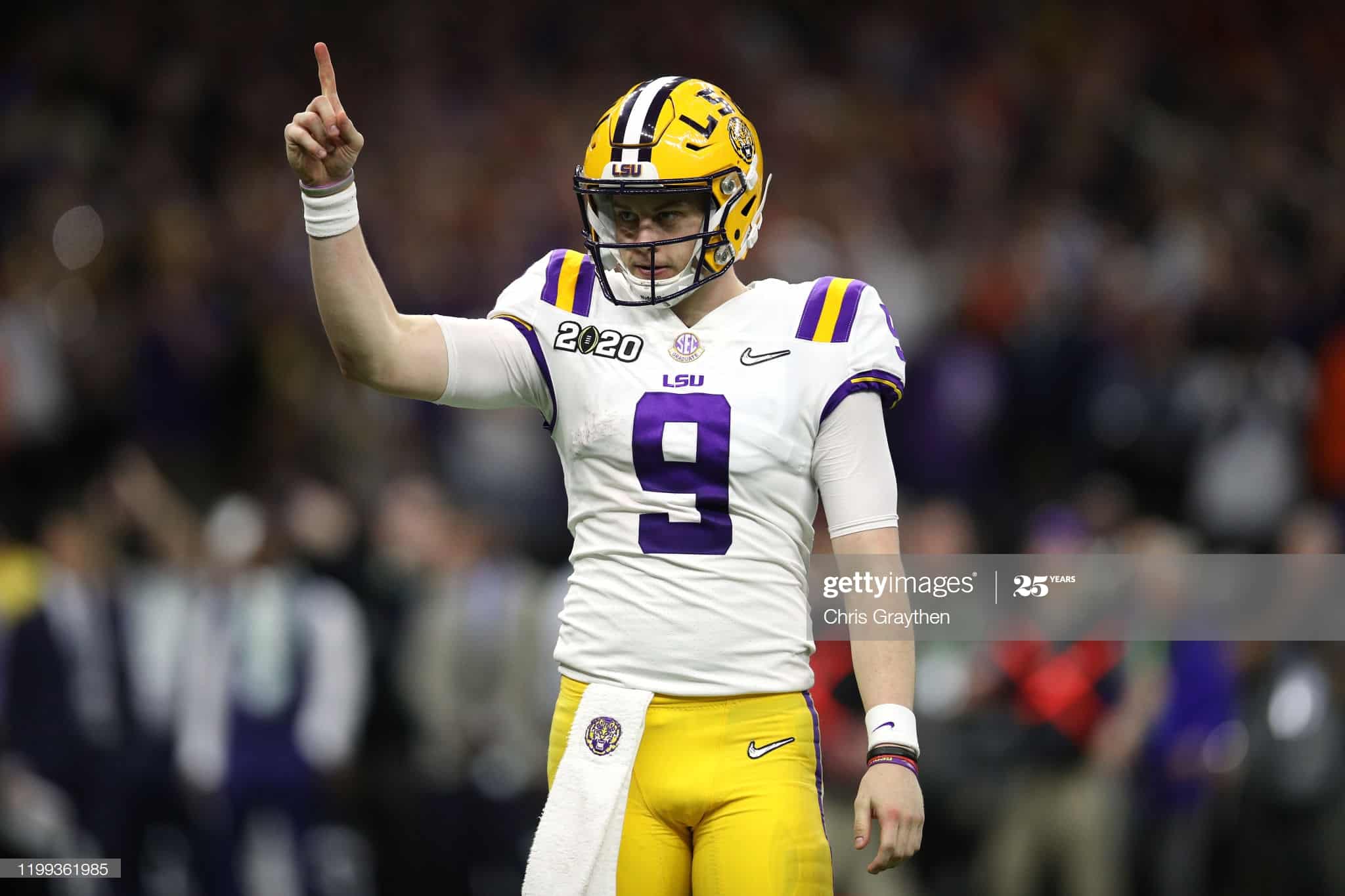 In the second installment of this 8-part series we review the Fantasy Draft Grades in the AFC North.

Coming off of a 14-2 regular season in 2019 with an MVP at the helm of that offense in Lamar Jackson, there were not a ton of glaring holes on the Baltimore team that needed shored up in the draft.  Technically, none of the five offensive players selected project to be starters on day one of the 2020 season, but that does not mean these are bad picks.

The selection of J.K. Dobbins alone warrants high grades, even if running back was not an area of weakness for the Ravens.  Mark Ingram is coming off a 1,200 yard season and career-high 15 touchdowns, but will be playing 2020 at 30-years-old.  Ingram can be cut after 2020 with very little dead cap ($1.3 million), and the remainder of that running back room is inferior in talent to Dobbins.  While Dobbins may not be a workhorse as a rookie, the future is bright for the OSU product running in an offense perfectly suited to his skill set.

Devin Duvernay is a nice depth piece and good value in the late-third round of the NFL Draft.  Miles Boykin and Marquise Brown are entrenched as starters, but Duvernay should be able to push Willie Snead for the WR3 role in the Ravens offense.  The main concern with Duvernay’s fantasy outlook is whether he will receive enough volume as the fourth option in the passing game (behind Mark Andrews as well) for a team that threw the ball the fewest times in the league in 2019.

James Proche is an older prospect (already 23 years old) that is somewhat duplicative to what Duvernay projects to be in the offense, so outside of special teams he may struggle to see the field much early in his career.

CHARLOTTE, NC – DECEMBER 01: Tee Higgins #5 of the Clemson Tigers reacts after scoring a touchdown against the Pittsburgh Panthers during the second quarter of their game at Bank of America Stadium on December 1, 2018 in Charlotte, North Carolina. (Photo by Grant Halverson/Getty Images) Fantasy Draft Grades – AFC North

With the 1.01 in the NFL Draft, the Bengals surprised absolutely nobody in selecting the record-setting, Heisman Trophy winner, Joe Burrow. Although rookie growing pains are to be expected, Burrow has all the tools to succeed in the NFL.  With the release of Andy Dalton, Burrow is the undisputed starter from Week 1 and will be surrounded with weapons that should help him succeed.  You should feel comfortable selecting Burrow as the 1.01 in your Super Flex rookie drafts, or with a mid-second round pick in your 1-QB leagues.

Tee Higgins is the other notable addition to the offense, as he was selected with the first pick of the second round.  The wide receiver corps seems crowded currently, but that situation could change rapidly.  A.J. Green is playing 2020 on the Franchise Tag (as of now), and John Ross could become a free agent after this upcoming season as well.  If one or both of those players move on from Cincinnati, Tee Higgins could be thrust into a more prominent role as soon as 2021.  Depending on how high you are on Burrow’s potential, being tethered to another young, talented quarterback could make this pairing lethal for years to come.

The Browns came into the draft with a new management structure and coaching staff and had a productive free agent season, adding Austin Hooper and Jake Conklin. Cleveland has a plethora of offensive weapons, but until they protect QB Baker Mayfield they will remain underutilized weapons, and the quarterback’s development will still be stuck in neutral or worse and slide into reverse.

With the Giants surprising selection of Georgia’s Andrew Thomas and the top three quarterbacks getting snatched up in the first six picks, it left the man they likely had at the top of their board still available at pick No. 10.

Jedrick Wills played right tackle at Alabama, but has the athleticism to transition smoothly to the left side. That would allow Jack Conklin to stay at right tackle where he is best. If Wills pans out quickly, this Browns offense could suddenly meet the expectations that were placed on it a year ago. Quarterback Baker Mayfield will have the protection he lacked last season, and he’ll be playing in a smart, QB-friendly scheme under Kevin Stefanski, throwing to a more familiar Odell Beckham Jr. and working with a balanced run game headed by Nick Chubb and Kareem Hunt.

The Browns focused mainly on defense in this draft, which makes sense. Adding TE depth in Harrison Bryant sets the stage for the Browns to deal with David Njoku, who took a huge hit to his relevance with the Auston Hooper signing. Bryant isn’t much of a blocker but does show some upside in the receiving game. With the addition of Hooper, the Bryant pick hurts their draft grade.

Donovan Peoples-Jones has a blend of size, hands, ball skills and athleticism, that will enable him to play at the next level. Erratic quarterback play at Michigan allowed him to showcase his ability to make adjustments to off-target throws and snatch the football securely outside of his frame. He’s not overly quick and could project to be a Hakeem Nicks type receiver which him being late in the draft is solid value

LOUISVILLE, KENTUCKY – SEPTEMBER 02: Chase Claypool #83 of the Notre Dame Fighting Irish runs with the ball against the Louisville Cardinals on September 02, 2019 in Louisville, Kentucky. (Photo by Andy Lyons/Getty Images)

Pittsburgh’s first-round pick is already a success considering it was dealt last year for Pro Bowl free safety Minkah Fitzpatrick. That takes a bit of the sting out of the possibility that no one from this draft class will make major contributions in 2020.

The guy with the best chance to challenge this theory is WR Chase Claypool. Pittsburgh’s offense is heavy on isolation routes, which means it’s dependent on having wide receivers who can win. Right now, there’s really only one: JuJu Smith-Schuster. Last year’s third-rounder, Diontae Johnson, showed encouraging flashes as a rookie, and 2018 second-round speedster James Washington made far fewer of the mistakes that marred his rookie season, but neither guy is a sure thing No. 2 receiver (or even No. 3 receiver.) With a Super Bowl-caliber defense and 38-year-old quarterback, the Steelers need their young wideouts to make plays right away.

Thank you for reading Fantasy Draft Grades – AFC North. Special thanks to Taylor Cornell for his assistance with this breakdown.