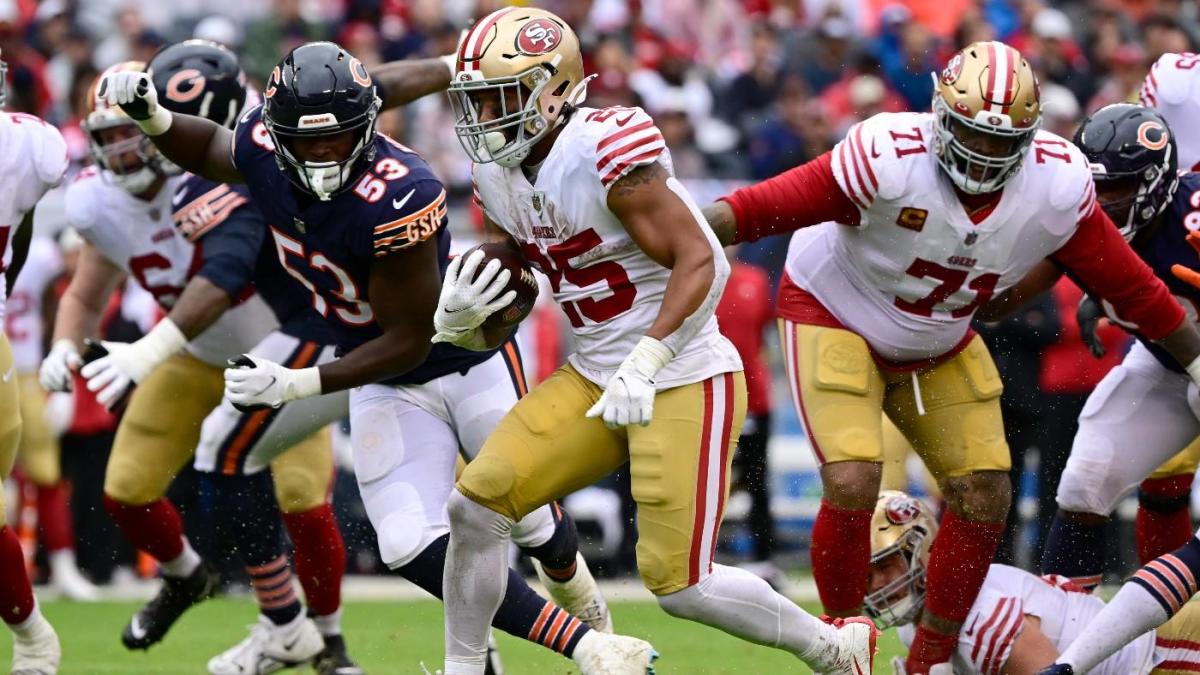 Elijah Mitchells injury hurts fantasy owners, he was RB24 in Sleeper’s most recent ADP and by that number he was an RB2 on someone’s team (probably yours if you clicked this). My goal is to help you see what your options are, and what order you should target them in!

The options behind Elijah Mitchell are (in order of Sleeper ADP), Tyrion Davis-Price (RB61), Jeff Wilson (RB72) and Jordan Mason (not drafted typically). Jeff Wilson came in when Mitchell went out and finished with more rushing attempts than Mitchell but still less than Trey Lance. Weather conditions played a huge factor in the game, terrible field conditions caused both teams to struggle so I figure Trey Lance won’t be leading the team weekly in rushing (though we can’t rule that out either).

What we know, looking historically at how the 49ers use their running backs under Shanahan, is that they will inevitably use multiple running backs (we also mentioned grabbing a couple of these over on our YouTube Shorts). In 2021, we saw 4 running backs and two receivers get the majority of the rushing attempts, and that wasn’t an anomaly, we will see that again in 2022.

Elijah Mitchells Injury, who should I target now?

Jeff Wilson is the next man up, so target him but if you have the room Jordan Mason and TDP are both players that will see some time this season. If you have a league where you’re using FAAB, I’d say you probably want to use a little to try and land each of them OR let someone else deal with the running back roulette and go try to trade for help.

We dropped our week 2 waiver wire video on YouTube, and gave you some other running back options as Mitchell wasn’t the only back that either dealt with injury or just wasn’t himself in week 1. If you need help with which running back to target in your specific league, jump over to our free discord chat and post what’s available, and our team can help you in your specific league!