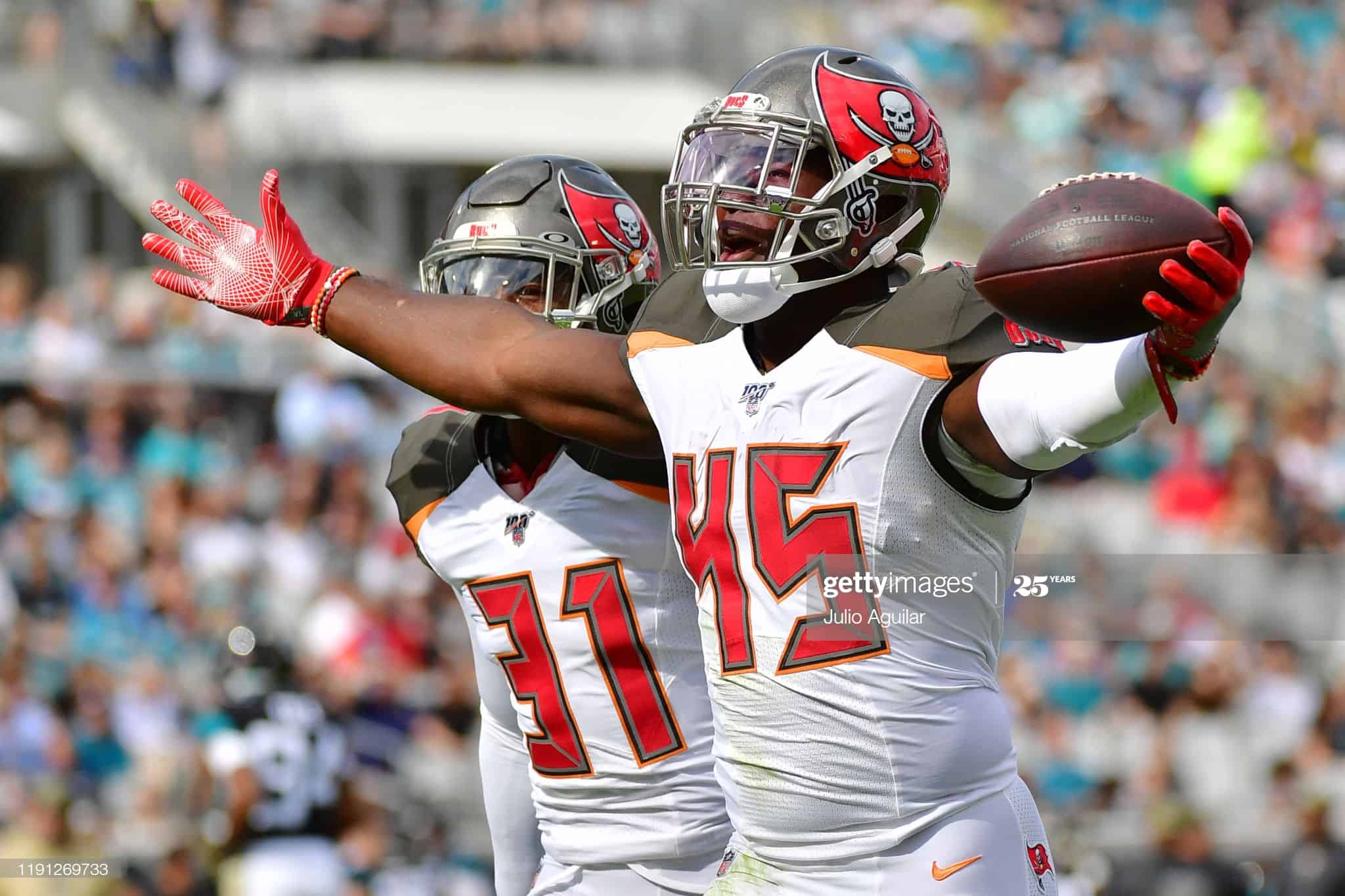 A four star prospect out of Louisiana, Devin White enrolled at LSU in 2016. He played sparingly that first season over 8 games, but as a sophomore he took full advantage of a starting spot. Over his sophomore and junior years, he had 256 combined tackles (25.5 for a loss), 7.5 sacks, 9 pass deflections, one interception, three forced fumbles and two fumble recoveries. In 2018, he was a Consensus All-American and the Dick Butkus Award winner (information courtesy of Sports Reference).

The Tampa Bay Buccaneers made him the number five overall pick and first linebacker taken in the 2019 NFL Draft. Starting in all 13 games he played during his rookie season, he had 58 solo and 33 assisted tackles, four tackles for a loss, 2.5 sacks, three forced fumbles and four fumble recoveries, three pass deflections, an interception, and two touchdowns.

Being only in his second year, White does have things he will need to improve upon to reach the elite tier of linebackers. He allowed 75% completion of passes against him (42 for 56) and had 12 missed tackles for a 11.7% missed tackle rate (statistics courtesy of Pro Football Reference).

Using the RotoHeat IDP Scoring we have discussed in prior livestreams, White was the #21 scoring linebacker. If he is able to improve going into his second season, he has the ability to move higher up in the LB2 rankings, and eventually become a LB1 for your fantasy team. Given that Lavonte David is still in Tampa Bay, expectations should be tempered with another LB2 season in 2020.

A lot of Devin White’s value going forward will be tied to how well he progresses in pass defense and cleaning up his tackling. He has elite speed, acceleration, and agility for a linebacker, and he has adequate strength to get through blocks. If he puts it together, he has what you would want in an LB1.

If Lavonte David stays beyond the end of his current contract (it ends after this season), his ceiling will be capped by playing alongside another top tier LB. If White shows enough, Tampa Bay may be ok with letting Lavonte leave and have White take over as their own LB1. Even if Lavonte is resigned, if you have White and he plays up to his potential, you will have a high end LB2 at worst on your team for many, many more years.

Given his age and the production he showed in his first year, obtaining Devin White in an IDP league will be costly. At a minimum, you would probably have to give up a mid-to-early second rounder to get him. Seeing as he scored roughly the same as a mid-WR3 and high-RB3 in his rookie year, and given that most owners would expect his production to go up, in an offense-for-defense trade you may have to give up a back end RB2 or WR2 to get him.

Let us know what you think about Devin White; he is currently the #15 ID player overall, and seventh overall linebacker we have ranked within our free IDP rankings. You can catch our IDP-Specific Live Stream Monday Nights @9:30 Eastern over on YouTube!