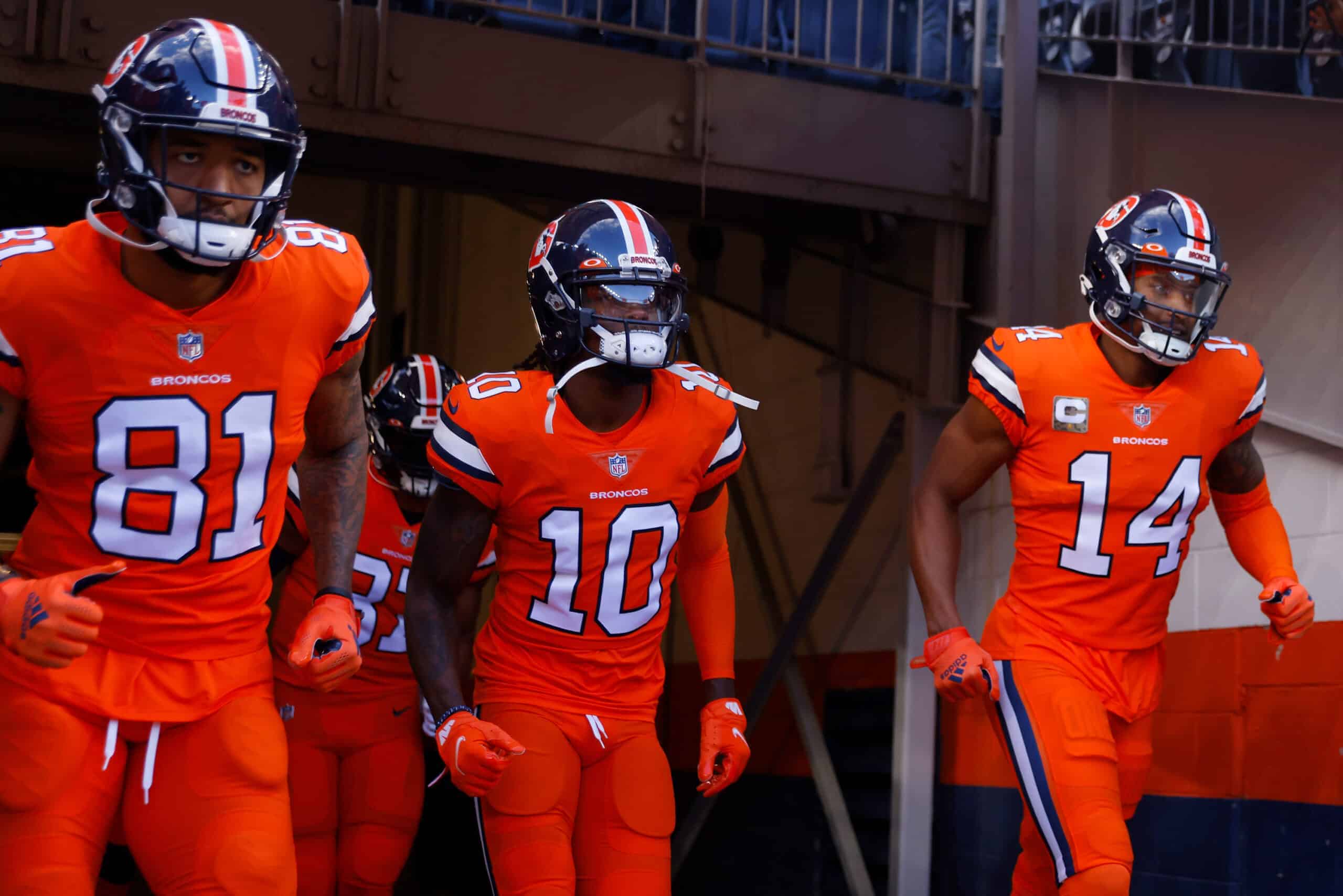 With so much QB movement so far in the 2022 offseason, I have decided to do a series taking a look at who could benefit (and/or get hurt) from the new QB in town. To start it off, I have dug into Russell Wilson and how he could affect the wide receivers & tight ends currently on the Denver Broncos roster, from a fantasy standpoint.

There is no question that the Russell Wilson acquisition props up all offensive pieces for Denver. QB play has been a damper on the Broncos’ defensive success since Peyton Manning retired following the 2015 season. But will Denver “Let Russ Cook”? That is our first task to figure out.

To start off my research, I wanted to know how Russell Wilson led offenses stood vs the entire NFL in pass attempts. For all research in this article, I am looking at the past three (2019-2021) seasons of data. The first thing I looked at was pass attempts and since Denver has new coaches, I will be using Green Bay’s stats as they best represent Nathaniel Hackett, the new head coach of the Broncos.

When we break this down further, we see the numbers for Russell Wilson & Aaron Rodgers

Looking at the pass attempt totals, it would seem that Rodgers is blowing Russ out of the water. Truth is, even Green Bay has been under the league average of pass attempts over the past three seasons. The problem with being as efficient as both of these quarterbacks is that it takes fewer pass attempts to be successful.

Russell has something going for him that Aaron Rodgers never did, though. The Broncos will have six games vs. Patrick Mahomes, Justin Herbert & Derek Carr. Now obviously Carr doesn’t belong in the same category as Mahomes & Herbert, but with the addition of Davante Adams, their offense should definitely be improving. But, why is this important? Shootout capability could create the necessity to throw at the top end of the NFL Ranks.

Some of these will ultimately disappoint, but 10 games with higher than average scoring potential is a positive for more pass attempts than either Russ or Nathaniel Hackett offenses have been accustomed to. That theory is ultimately backed by Justin Herbert (2nd – 672 attempts), Patrick Mahomes (3rd – 658 att), and Derek Carr (5th – 626 att) all in the top five of the NFL in 2021. To put those numbers into perspective, Russ has never attempted more than 558.

Looking at that division and the offensive approach by each team, I feel it is safe to project Russell Wilson to fall between that 580-620 mark this season. That would put him in the 34-36 attempts per game range. How does that project out? I went the simple route and used Wilson’s last 3-year averages Completion %, Yards Per Attempt, TD%, and INT%

Does it feel that far off that Wilson could put up similar numbers to Matthew Stafford, Dak Prescott, Josh Allen & Derek Carr?

So, who on the Broncos most benefits from the arrival of Russell? The easy answer is everyone, amirite? The truth is though, Russ has consistently run a concentrated offense. Over the past three seasons, this is how his attention has been spread out amongst his WR1-WR3 + TE1 & TE2. These have been determined by the number of targets each season.

As you can see, the gap between the WR2 & WR3 is pretty drastic and the TE1 is typically the 3rd option for Russ. It also must be noted that RB1 targets were kind of an outlier in 2021 as DJ Dallas & Travis homer were each targetted 17 times by Wilson. In the previous two seasons, Chris Carson was targeted 46 & 47 times. I think that is more of an indicator, of the lack of talent as Carson also averaged around 9% of the target share the previous two seasons.

To be honest, this three-year average from Russell Wilson’s targets is completely bonkers. To put these numbers in perspective, in 2021 amongst wide receivers and tight ends with at least 80 targets, the Seattle WR1 would have finished tied for 20th with CeeDee Lamb with 1.94 fantasy points per game. The WR2 & WR3 would have finished 6th & 7th, just behind Tyler Lockett. Yes, Tyler Lockett’s 2.26 in 2021 finished 5th behind Deebo Samuel (2.80), Ja’Marr Chase (2.38), Mike Evans (2.30), Cooper Kupp (2.30) in Fantasy Points Per Target.

When looking at the Broncos WR core, I think it is expected that Courtland Sutton is the D.K. Metcalf and Jerry Jeudy is the Tyler Lockett to this offense. Over the past three seasons, D.K. Metcalf has averaged 1.90 FPPT and Tyler Lockett has been elite averaging 2.23. These averages are obviously also in part to the talent that Metcalf and Lockett possess, so it can’t be expected that they match those numbers. I do however think that Sutton (1.53) and Jeudy (1.52) both see positive regression here, but it is hard to predict. So let’s just say they split the difference of their counterparts. This puts Courtland Sutton at 1.72 and Jeudy at 1.88.

Looking at these projections objectively, I don’t think they are out of line. For Jerry Jeudy, a 15.37-16.48 fantasy points per game would put him somewhere in the mid-WR2 area. Courtland Sutton does stick out a bit and I think he could outproduce these numbers on a fantasy points per target, but conservatively, he projects as a WR3. The big question mark is Tim Patrick. He has shown that he can play and is better than David Moore or Freddie Swain who were WR3’s for Wilson in Seattle. But where would a substantial amount of targets come from, to make him a viable fantasy option?

Javonte Williams, who produced well as a rookie, projects to add around 5.35-5.76 fantasy points per game through the air, to go with his rushing totals. For Albert Okwuegbunam, I had to lower his astronomical 2.33 fantasy points per target from last season. If the targets in flatten out a bit, he could find himself as a backend TE1, but as of now, he looks to be a mid-TE2.

In Conclusion, Russell Wilson Obviously Props Up The Broncos Offense

These projections are just median projections based on Russell Wilson’s distribution over the past three seasons. The range of outcomes is much wider than what is presented here. maybe Jerry Jeudy is just not as good as Tim Patrick. Maybe Albert Okwuegbunam is much better than any TE that Wilson has played with in the past. There are a lot of possibilities that could blow up these projections, but I think these are fairly conservative looks at what these players could do now that they have a capable quarterback.

So, what do you think? Come over to our Discord and tell me all about it or tweet me @RotoHeatRick.