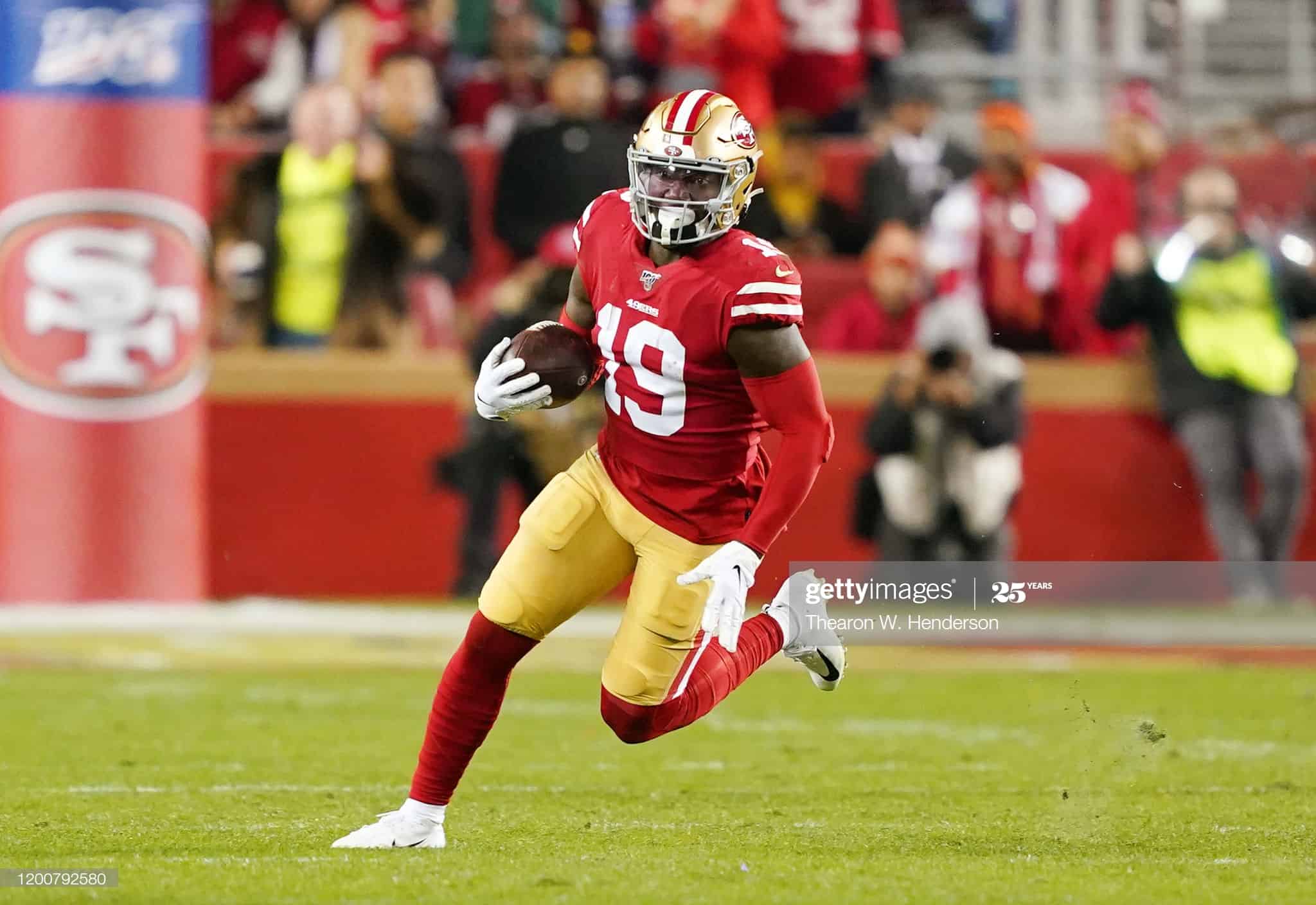 San Francisco 49ers second year WR Deebo Samuel suffered a broken foot on Tuesday during a throwing session with teammates in Nashville. Samuel has been diagnosed with a Jones fracture and has reportedly been scheduled for surgery today.

The Jones fracture has history in the NFL: Sammy Watkins, Julian Edelman, Dez Bryant, Marvin Jones, DeVante Parker, and Michael Crabtree are a few notable receivers that have sustained the injury.

According to Medical News Today, a Jones fracture refers to a break between the base and shaft of the fifth metatarsal bone of the foot. The fifth metatarsal is the long bone on the outside of the foot that connects to the smallest toe. The area receives less blood than other regions of the foot, which can make healing difficult. Typically, this type of fracture results from stress on the bone caused by repeated motion, but it may also result from overuse or a sudden acute injury.

It has been reported that Deebo will miss between 3-4 months. If the 2020 NFL season begins on time, look for him to miss 3-4 weeks of action.

Currently I have Deebo ranked 46th in my Dynasty 1QB rankings and WR31 in my 1QB redraft rankings. There won’t be much movement to Deebo in my Dynasty rankings, although he will slide back a bit. In my redraft rankings, he will drop considerably. Samuel was already a player that I was expecting to struggle in 2020, but the reduction of potentially 25% of his games will drop him to a territory where I will consider avoiding him altogether this season.

If you are an early drafting redraft league, be careful with Deebo, as one can not rule out a trip to IR. Players that should benefit and will get a bump in my rankings are George Kittle, Jalen Hurd, and Trent Taylor. Kittle is a beast and was my #1 TE prior to the injury, and Hurd and Taylor may be relevant now as a result of this injury, although neither will come close to what Deebo can prove the Niners offense and his fantasy mangers. Dare I say perhaps 2019 preseason darling Dante Pettis gets a little lift here as well?

The reality is that the Niners want to run the ball, and they were the only team that ran more than they passed in 2019. That will continue into 2020 provided the Niners defense can play at or near the level of a year ago.