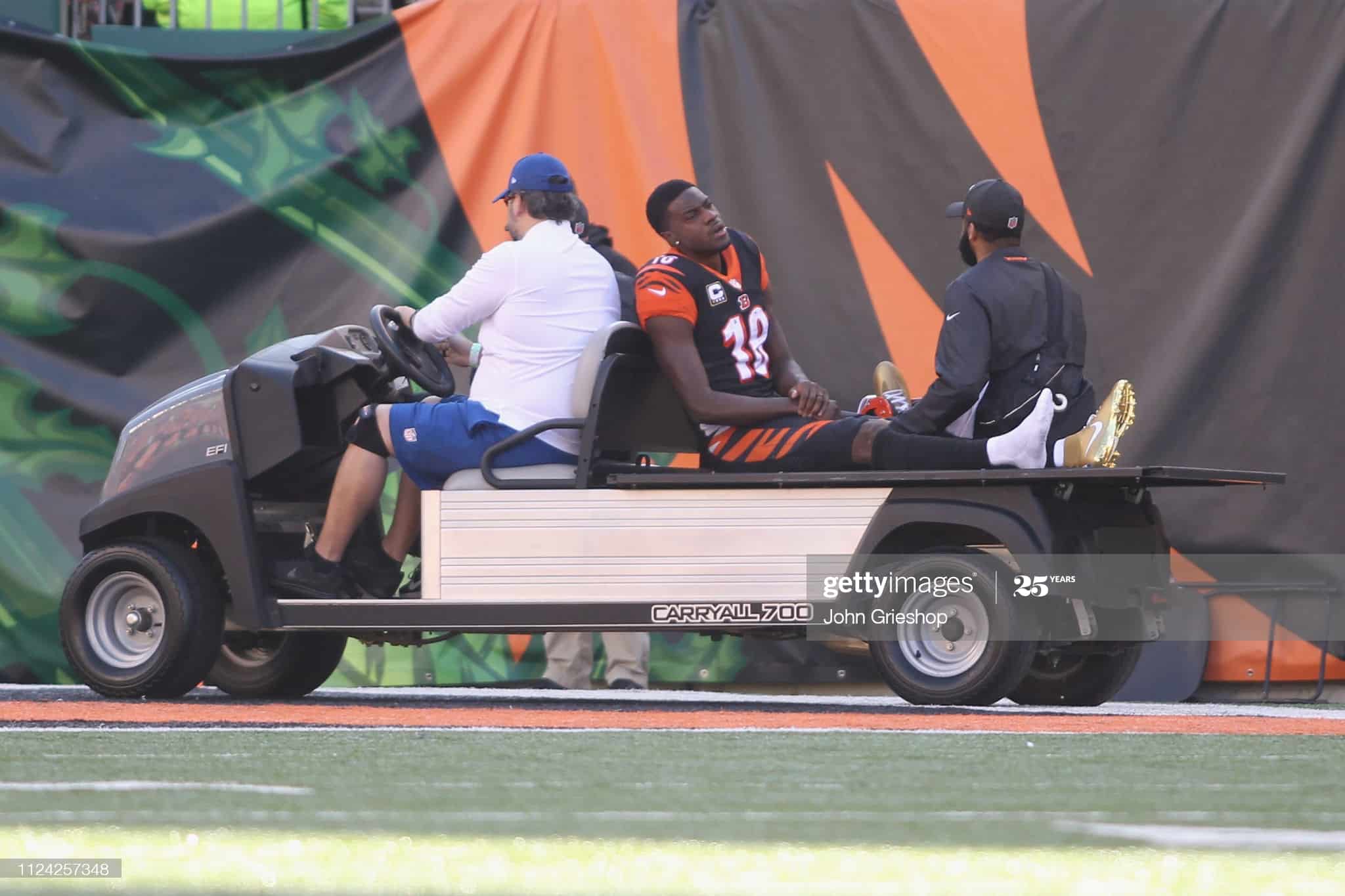 Dealing with Injuries in Redraft

Spoiler alert, injuries in football are inevitable. When they happen to members of your fantasy roster how you deal with them will have a large impact on how your season plays out. Injuries have the potential to ruin your season especially if the injures are to your early round selections. In the one and done world that Redraft Leagues are, injuries may force you to be become a creative Fantasy Manager.

As we near the 2020 season we have yet another unknown variable to deal with and that is the Coronavirus Pandemic . Covid-19 has the potential to put a strain on your Free Agent Acquisition Budget (FABB), if you league has a FABB based waiver system. Covid also may force you into giving up your spot in the waiver priority in traditional rolling waiver settings for a player you normally might not add.

The following are some tips that can help you when dealing with injuries in Redraft.

Sounds simple enough and if you need some tips on trading don’t worry we got you covered. Just because your player is injured doesn’t mean he doesn’t carry value. The extent of the injury, clearly matters. One of your studs expected to miss a couple of weeks could be a league-winner down the stretch — for another team, and if you need to win now you need to trade him.

If you’re dealing with early-season injury woes and don’t have the bench depth to make a quality replacement, shop that stud. You won’t get full value in return due to the injury, but he should yield you what you need to get thru you week(s). If you need wins early, it’s a move you’ve got to be willing to make. Having a stud late in the season doesn’t matter if you’re out of the playoffs. An injured star often fits best in a multi-player deal, like a two-for-one.

On the flip side, if your team has enough depth to survive this injury, don’t trade the injured player at a discount. It’s tempting to unload a player who will sit on your bench for three weeks for a player who can give you immediate production, but fantasy football is a season-long competition. If you can win games while dealing with injuries early in the season, stash the injured player and move on. It’s important to understand the capabilities of your team so that you can trade (or avoid trades) to your advantage.

If you are participating in a Redraft League, you need to live on the waiver wire every week. Playing the waiver wire is an integral part of an effective in-season management strategy. When you are looking for an player due to injury you need to be even more aggressive than you would be looking to upgrade components on your bench.

Don’t be afraid to spend your FAAB. Desperate times call for desperate measures, if you need help at a particular position, and that player is available pay up! It is pointless to save your bidding money if the result is opening the season with 4 straight losses. Get your guy, and put him into your lineup. Budgeting your FAAB dollars is an art form, and how you spend this fantasy money should be determined based on immediate and future need, on a team-by-team basis.

You have to do your homework each and every week to maximize the players on your roster based on match-ups and expected points. Leaving points on your bench can be costly any week, especially when your team is injury depleted. Analyze the weekly match-ups and target players in these situations:

If you’re battling the injury bug and don’t have a lot of depth, you can’t play it safe with your roster. High-floor/low-ceiling plays don’t make sense when you find yourself scraping for points each week. A fantasy team with a healthy roster and a couple of studs can afford to play it safe with a guy who’s a lock for eight-10 weekly points and nothing more.

Your banged up team doesn’t have that luxury and must roster high-upside players to make up the points it’s losing. A boom-or-bust option is the best way to go when dealing with early-season injuries. Playing a high-floor option with no upside limits the points you can score, thus reducing your odds of winning your week. A guy who could explode for a big game gives you the benefit of a win. The possibility of a bust isn’t scary when you likely would lose anyway based on overall roster construction as a result of the injuries your roster has sustained.

Early signs due to the protocols the NFL has in place would seem to indicate Covid-19 may not have the impact on the League and subsequently our Fantasy rosters as initially anticipated. With that being said, teams have yet to travel. Hopefully we will not see a spike when that happens but it would be naive not to have a plan on how to deal with a positive test results.

Your leagues should all have Sunday waivers in place for 2020. If you Commissioner doesn’t have the setting, I suggest you reach out to have it implemented. In my opinion, all leagues should switch to a FAAB waivers system that run daily, Sunday as noted is an absolute must. Implementing a FABB system prevents a free-for-all to the waiver wire to add the player’s backup, once a player is ruled out due to a positive COVID-19 test result.

Many leagues have added additional Covid IR spots. Should your player test positive, depending on who the player is, try not to drop but add them to IR or even just leave him on your bench. If you IR spots are full and you lose a starter you have to dump your least attractive player on your bench and hit the wire with you FABB money. As noted above if you need the win you need to spend.

If your league runs a rolling waiver system, do you best not to burn your spot on a “Covid” add. Save these for the upside guys that you will be able to get more than one week out of. Gamble on the Covid replacement guys in your add/drop moves that will not impact your standing in your rolling waiver league.

Thank you for reading Dealing with Injuries in Redraft. Good luck in your drafts and in 2020.