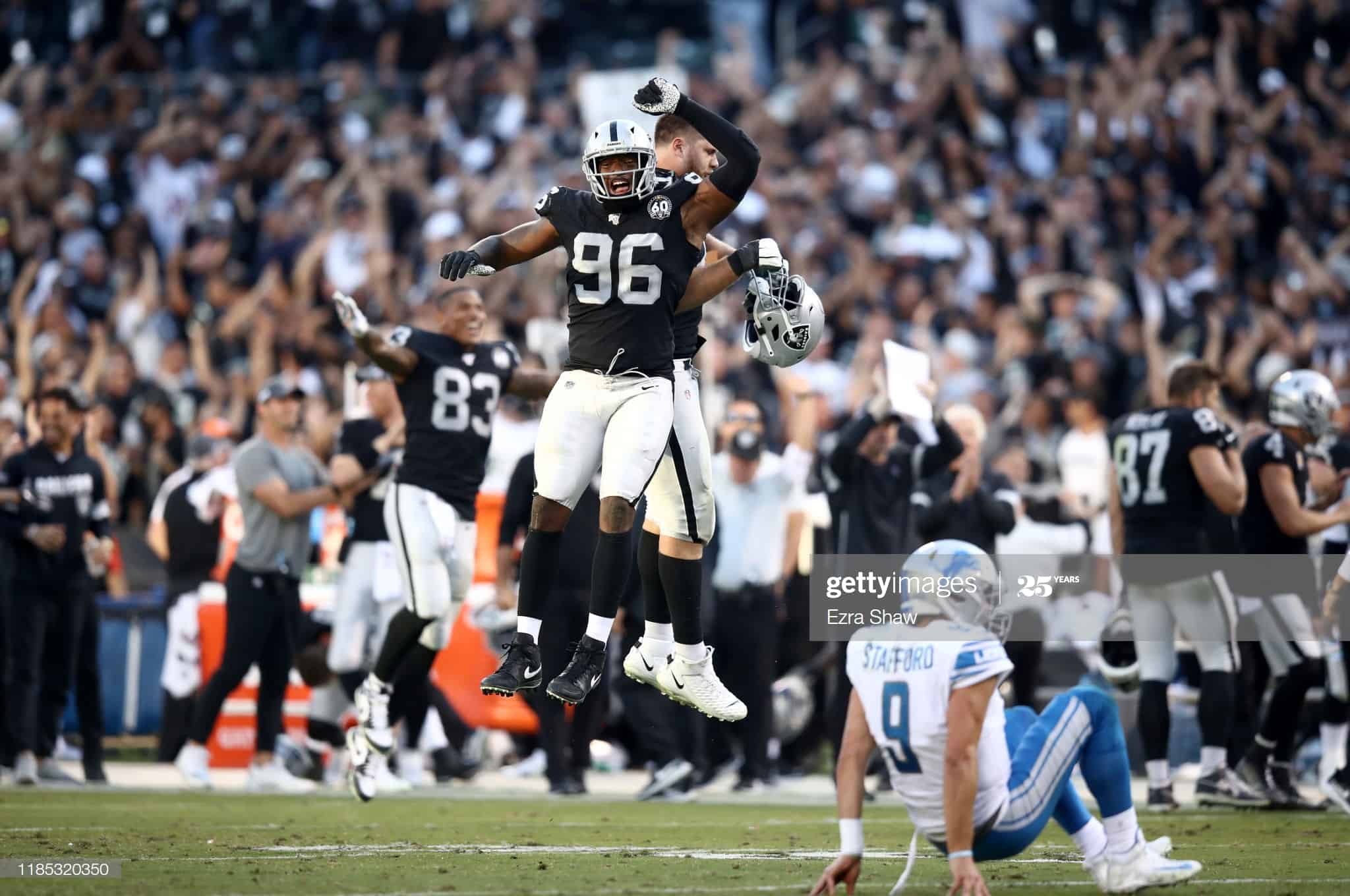 Clelin Ferrell came into the league in a surprising fashion as the top pick of the Las Vegas Raiders. After that pick was made, a lot of the folks in the NFL community thought it wasn’t the best move, but Ferrell brought to the Raiders exactly what they needed as they look to remake their defense. TheDraftNetwork had a great piece on him before the 2019 NFL draft, noting that his maturity and character are two important pieces to add to the puzzle.

Ferrell came to the Raiders as a plus run defender, which depending on how your league scores tackles and tackles for loss can be helpful for Clelin Ferrell. He also has a fairly well developed inside move, giving him the ability to be a pass rusher, but ultimately he still needed some refinement and coaching to unlock his potential. The 6’4″, 265 lbs. defensive end finished 2019 with 4.5 sacks, 24 solo tackles, 14 assists, 8 tackles for loss in 15 games. According to Pro-Football-Reference, In the 15 games he played, he was in on 62% of the teams snaps and those numbers actually dropped by the end of the season.

All that being said, Ferrell finished the fantasy season as just the #35 Edge Rusher based on RotoHeat IDP Scoring, which is significantly behind fellow rookie Maxx Crosby, who ended as #7. For the 2020 season, there’s alot to be excited about for this entire defensive front with the edition of defensive line guru Rod Marinelli. The line comes back nearly intact and with a better coach and another year of experience, so things are looking up for Clelin Ferrell. If I were to project his stats, I’d expect a bump in numbers, but I think he may still be another season away from significant fantasy growth.

If we see Ferrell develop as the season goes on, I’d feel comfortable predicting that his 3rd year could have a bigger jump for the talented edge rusher. In 2019, we saw up and down fantasy production throughout the year, really only having a 4-game span of fantasy-relevant production in weeks 1, 9, 10 and 16.

If he becomes a more consistent producer in 2020, we could see him position himself to be a startable defensive end and one you’d want to build your IDP roster around, as he’s a hard worker with high character. With his ability to get after the passer, I’d feel comfortable predicting close to double-digit sacks, especially given what the team has added to the linebacker and secondary groups this offseason.

If I own Ferrell, I’m still stashing him to see how he pans out, as I believe in him as a fantasy-relevant defensive end. If I’m looking to buy Ferrell after the down 2019 campaign, you should be able to get him cheaper than what he was drafted for. I’d think you could get Ferrell for a later 2nd or early 3rd potentially, depending on league size, roster size, and so on.

Let us know what you think about Clelin Ferrell, we have him currently as the #74 overall IDP player in our free IDP Rankings, and you can catch our IDP-Specific Live Stream Monday Nights @9:30 Eastern time over on YouTube! Keep the conversation with me going over on Twitter as well!