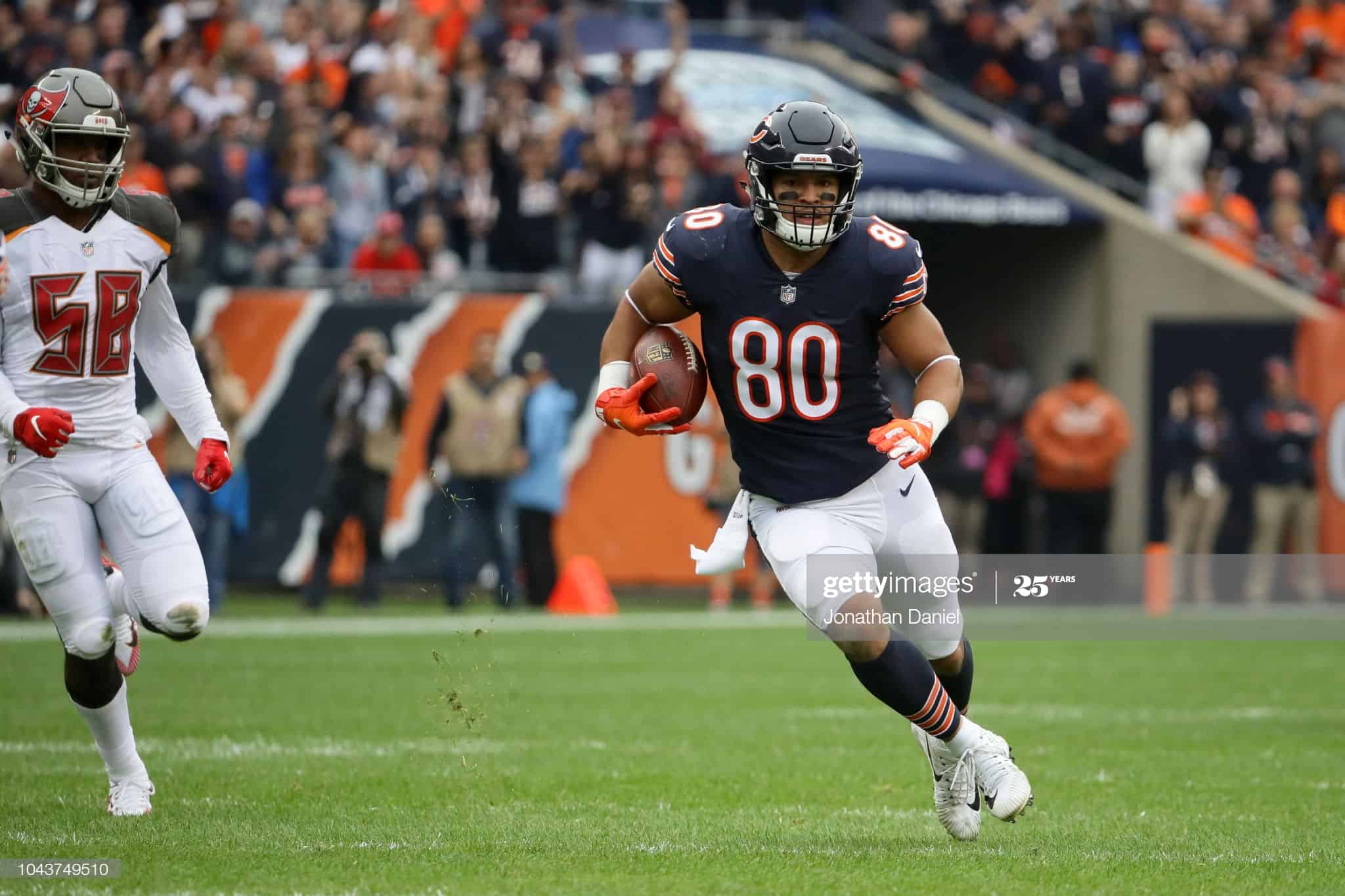 According to multiple reports, the Bears are releasing TE Trey Burton. The former undrafted free agent in 2014 played his last two seasons in Chicago, after singing a 4-year $32 million deal with them in 2018. Burton played in 8 games for Chicago last season, before being placed on injury reserve with a calf injury.

Burton will end his stint in Chicago with 68 catches on 96 targets for 653 yards and 6 touchdowns. It’s a surprise ending to a partnership that seemed to be working out well following a solid 2018 season in which Burton finished with the tenth most receptions among tight ends. The Bears will move forward with Jimmy Graham and Ben Braunecker atop their tight end depth chart.

Burton had $4 million in guaranteed money this season and the team will be on the hook for $7.5 million in dead money with just over $1 million in new cap space if he isn’t designated a post-June 1 cut. If he is, the dead money number will improve to $5.75 million and the cap space will grow to $2.8 million.