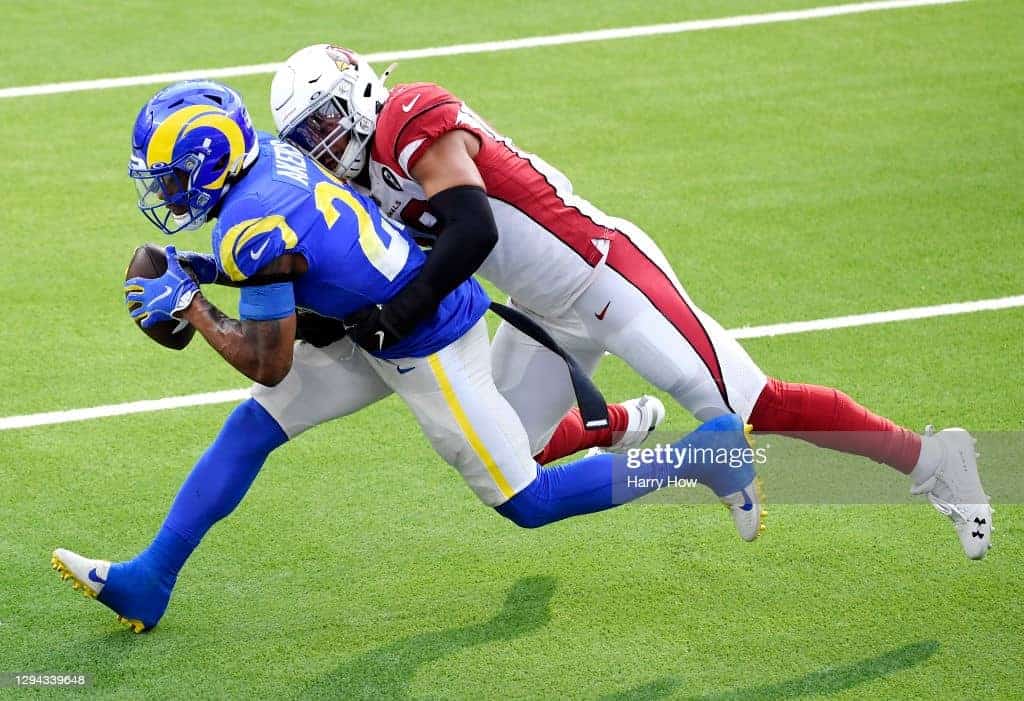 News of a Cam Akers injury came out of Los Angeles as the Rams young star running back has reportedly torn his Achilles tendon and will likely miss the entire 2021 NFL season, per a tweet from Tom Pelissero. Cam had come on strong at the end of his rookie year in 2020 and looked like a future star for the Rams.

While it does take significant time to return from such an injury, and get back up to speed, this injury is not the death knell to a career that it once may have been. Still, it is a serious injury for a running back that will change how Akers plays. Our thoughts go to Cam and hopefully, he makes a full recovery and is ready to go next year. Barring any issues, Akers should be ready for the 2022 season.

With Cam Akers injury likely keeping him out for the entire season, Darrell Henderson looks to be the guy to take over lead back duties at this time and has shown well when he played. Henderson was going to have a role even with Akers healthy, and while it is likely to be larger now I suspect they will bring in another running back to compete and split time. Todd Gurley, Le’Veon Bell, Duke Johnson, Devonta Freeman, LeSean McCoy, and Adrian Peterson (among others) are veteran running backs that are currently available.

The Rams clearly have Super Bowl aspirations after the trade for Matthew Stafford, and while I expected them to throw more already, this may increase that even more. The players currently behind Darrell Henderson are Xavier Jones, Raymond Calais, Jake Funk and Otis Anderson; not exactly household names.

Which running back they bring in remains to be seen, but I do expect one or more to be signed to compete in camp. The Rams have shown they do not think Darrell Henderson is an every-down back so I would temper expectations if you are going to sign or trade for him, even with the Cam Akers injury.

It is always hard to step back a moment when a big player on your team goes down, but I would advise people with Akers on their fantasy teams to see how this plays out before making any drastic moves today or tomorrow.

Thank you for reading Cam Akers Injury: Tears Achilles, Out For The Year