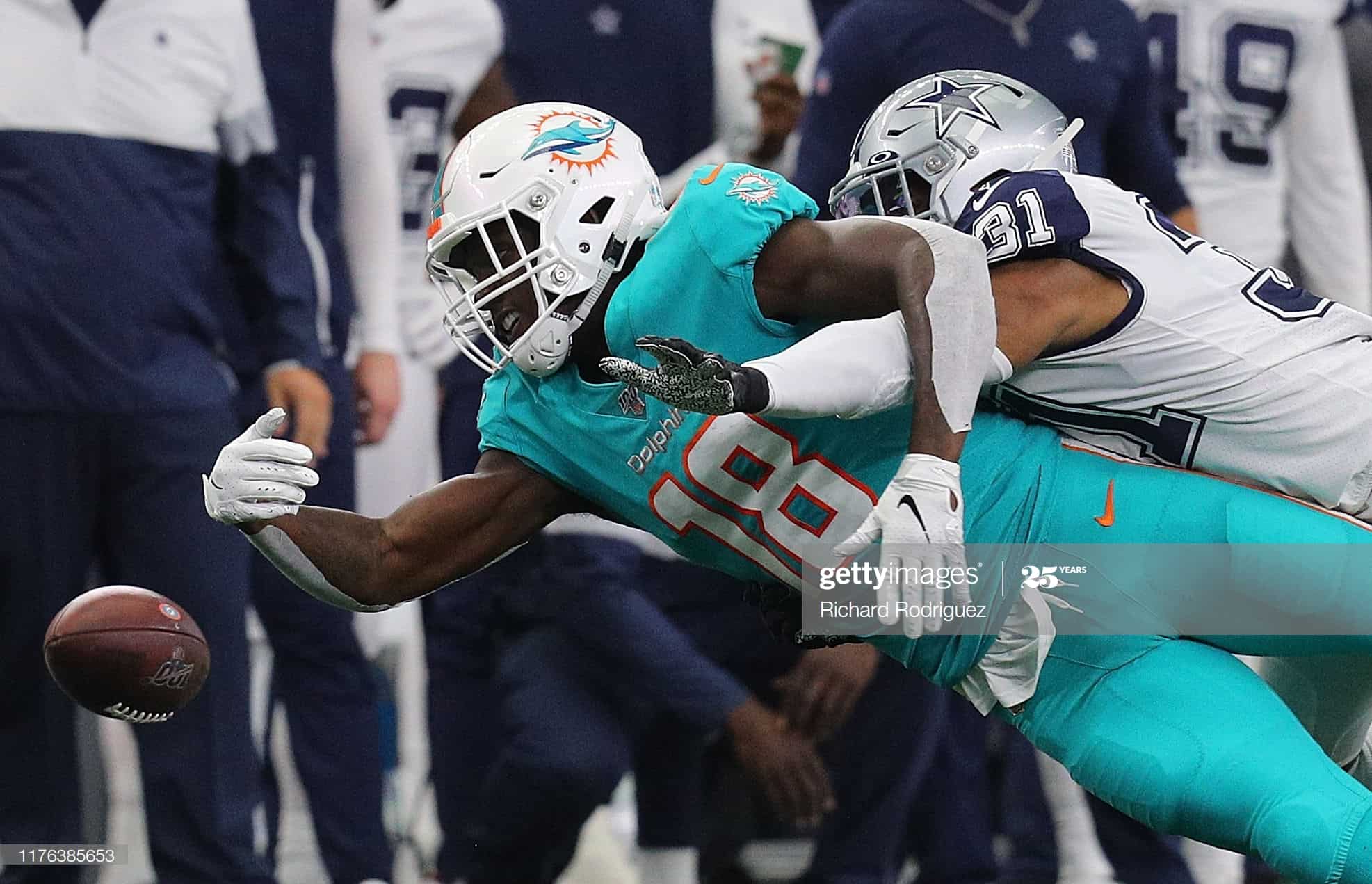 In Dynasty, there are certain players that tend to hold more uncertainty, or are more divisive than others. The Dynasty Outlook series takes a deeper dive into those players that the RotoHeat community noted as the guys they are most interested in hearing about. We will look on a player-by-player basis at their immediate outlook, future outlook, and current value. Engage with 1,300+ passionate dynasty players and let the RotoHeat content team know what topics YOU want to hear about by visiting our RotoHeat Facebook page.

Byron Jones has been a model of consistency and flexibility since being drafted 27th in the 2015 NFL draft by the Dallas Cowboys. He started 11 games as a rookie, playing in all 16. He followed that up by playing 16 out of 16 games the next three years, and he earned a 2018 Pro Bowl nomination.

In 2019, he was on the field for nearly 85% of the Dallas Cowboys’ games, playing in 15 (14 starting) of their 16 games. He amassed 39 solo tackles, nine assisted tackles, one forced fumble and six pass deflections.

The 2019 view is a good example of Jones’ career performance. Throughout his career he has been a sure tackler (less than a 6% missed tackle rate both of the past two years) who does not create turnovers. In fact, despite how much he has played, he only has two career interceptions.

Miami Dolphins GM Chris Grier and Head Coach Brian Flores made it clear this offseason that they were looking to turn their roster around. The Dolphins made Byron Jones the league’s highest paid cornerback, with a $82.5 million contract over five years, with about $54 million guaranteed within the first three years. This is only a year after they gave Xavien Howard a five year, $72.25 million deal.

Watching their defense last year, it was apparent to anyone that they need more talent on that side of the ball. If it wasn’t clear with the attitude Flores brought to the team last year, the signings of Emmanuel Ogbah, Kyle Van Noy, Shaq Lawson and Kamu Grugier-Hill (all in the first few days of the free agency period this year) make it known that he is bringing a New England Patriots style to this team. It isn’t hard to see the bargain defensive linemen/linebackers, with top end defensive back talent model being created.

Turning 28 in September, Jones is in the prime of his career. Assuming he continues to be healthy, being across from another great corner in Xavien Howard should actually help Jones have more production than he may have if he stayed in Dallas. Opposing teams won’t have the luxury of throwing at Chidobe Awuzie and Jourdan Lewis to avoid Jones.

That said, I don’t see Jones suddenly becoming a top tier IDP fantasy player. His best years fantasy wise were when he played as a safety, however his best performances from an NFL perspective were as a cornerback. After hitting 80 or more overall tackles in 2016 and 2017, Jones has not reached 70 total tackes each of the the past two years. He also has no turnovers in that time.

As a Dallas Cowboys fan, I am all too aware that generally speaking he is a much better real life payer than fantasy player. After the top tier, defensive backs have a wide of variance of who you should be starting year to year. For cornerbacks, you quite often want to target players that opposing teams target, as it creates more opportunities for tackles and turnovers. There have been no indications thus far from Miami that they intend to use Jones as a safety; if they do, he certainly has the potential to put up better IDP statistics. For now though, he remains a lower tier IDP starter, and much better real life cornerback than IDP asset.

To keep up with our IDP ADP, keep it locked here to rotoheat.com