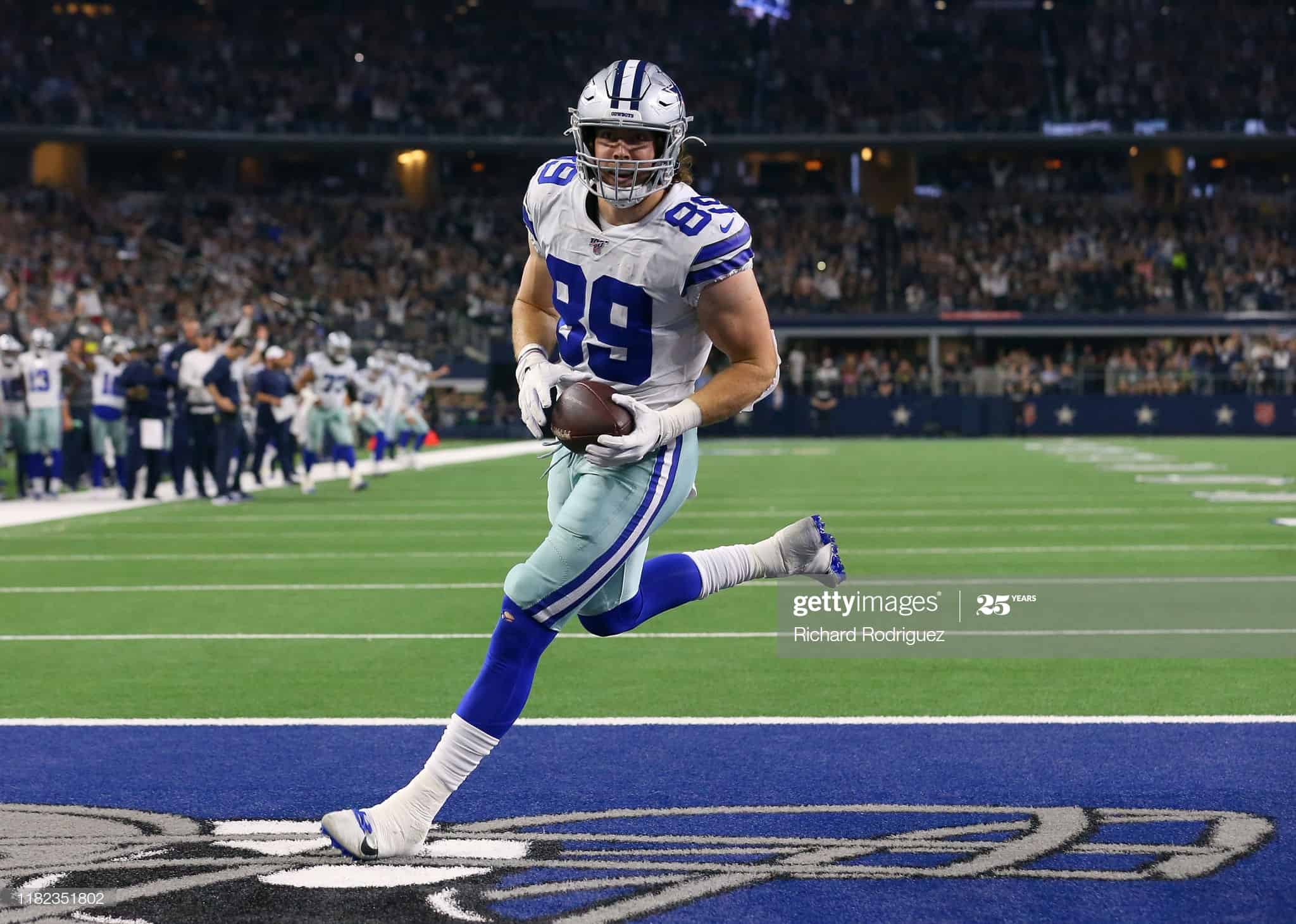 In his three seasons with Dallas, Blake Jarwin has been stuck in a strange predicament. In years one and three, he’s had to contend with future hall of famer, Jason Witten, and year two he was still developing and was in a committee with 2018 4th round draft pick, Dalton Schultz. Needless to say, his career numbers leave much to be desired, catching 58 of 77 targets for 672 yards and 6 touchdowns (per Pro Football Reference).

Jarwin comes into 2020 the clear cut #1 Tight End in Dallas, with new Head Coach Mike McCarthy and hold over offensive coordinator, Kellen Moore. John Owning of the Dallas News had a great article posted recently about what needs to happen for Jarwin to have a breakout 2020, believing the Cowboys have a role planned for him that will maximize his talent.

With Witten in Vegas, and Kellen Moore still around as the OC, there should easily be 100 targets for the tight ends in this offense. Now obviously there are plenty of mouths to feed with rookie CeeDee Lamb coming to town, but I’d still say 100 targets to share between Jarwin and Schultz should be about expected. Even if Jarwin just gets a workload similar to Witten, you can expect 80 targets, and with his 11 yards per catch rate and giving him 60 catches (he’s a 75% catch rate receiver), Id put him around 650-700 yards receiving and 4-6 touchdowns.

With all that being said, Witten finished just outside the top 10 tight ends in 2019, so it’s safe to say Jarwin could be a back end TE1 in 2020 as long as all of this comes true. At worst, you are looking at a TE2 with TE1 upside week to week, and that can be quite the intriguing option given that guys like Darren Waller are ahead of him (and Waller has to deal with Witten on his team now).

I’m a fan of Jarwin, and I’ve stuck with him for the last two seasons with him taking up space on the back end of my roster. I understood why Dallas brought back Witten last year, as Jason Garrett loves his guys and wanted to do whatever he could to stick around in Dallas. With McCarthy here, the first thing they did was move on and install Jarwin as their top tight end without bringing in any major competition.

If I’m an owner, I’ll hold this year and see what happens; if he blows up then maybe there’s a good deal to be made to trade him. If I don’t own Jarwin, he should be easy enough to target right now because the fantasy community is not sold on him now or in the long term. Dynasty Trade Calculator has him rated under a 2, value-wise, in both standard and tight end premium leagues. The price to buy should be a mid to late 2nd, no matter the scoring format, though I wouldn’t want to sell for anything less than an early 2nd, because I believe in this skill-set.

Thank you for reading the Blake Jarwin 2020 Dynasty Outlook.