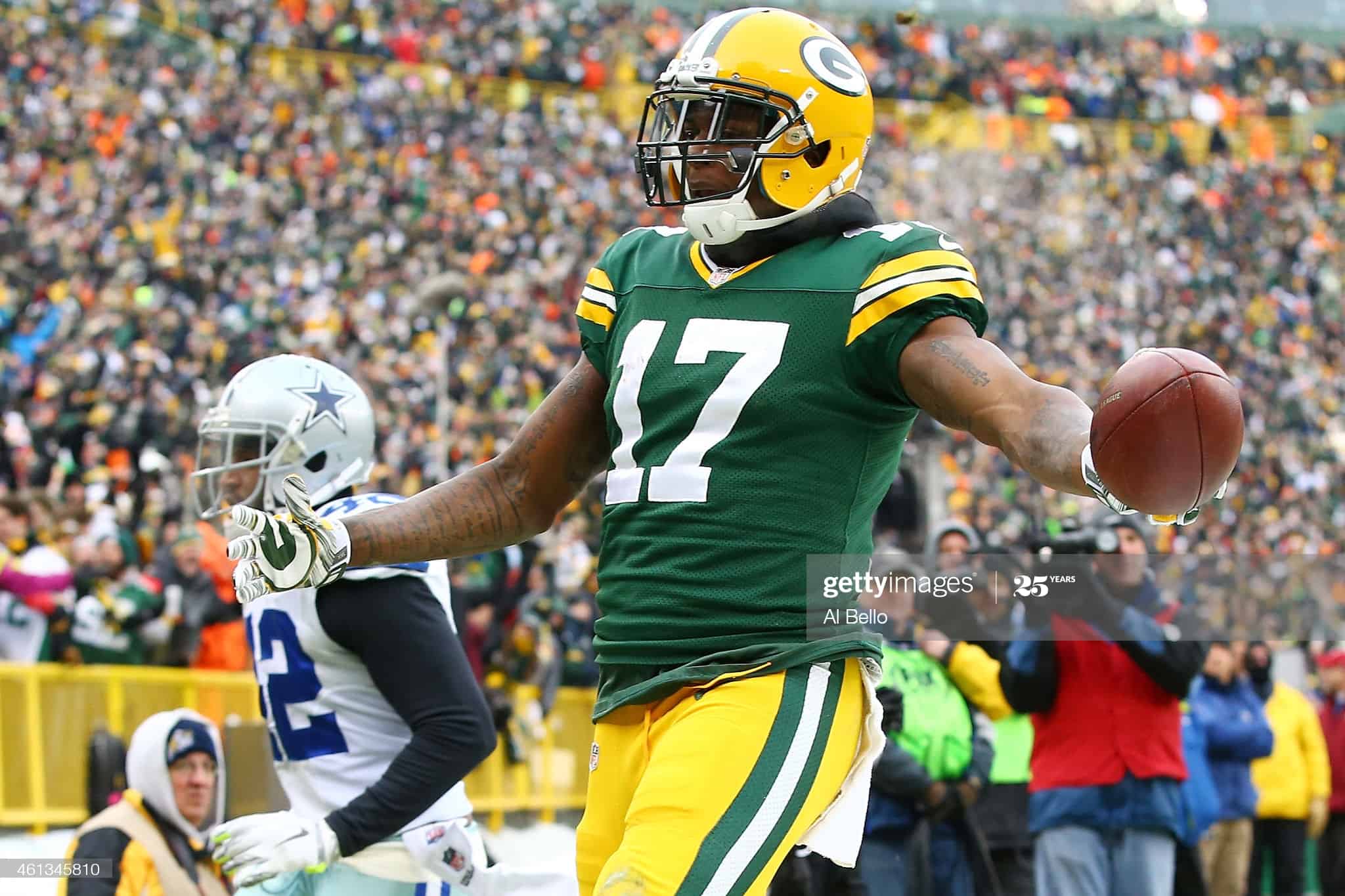 Last week I started the “Beyond the Obvious: Best DFS Plays” series. For me personally, I had one of, if not the worst weeks in my DFS career. While the results weren’t there, I am still very happy with the construction of my lineups. That being said, we are looking to bounce back in the best DFS plays week 6 article helps us bounce back.

Unlike week 5, we do not have any teams with a total of over 30 to utilize for our best DFS plays week 6 article. That being said, we still have some very good team and game totals to target. You will see a couple of those in the “Obvious Stacks” below.

Tennessee Titans – 28.5 Team Total: Ryan Tannehill + 1 or 2 of AJ Brown & Jonnu Smith. Bring back with 1 of Will Fuller or Brandin Cooks.

While not considered one of the best QB’s in the league, since getting out from under Adam Gase and joining the Tennessee Titans, Ryan Tannehill has played like one. With both Corey Davis and Adam Humphries likely to miss week 6, the target tree is even more condensed than normal. The bring backs of Fuller and Cooks each have immense upside in their own offenses.

Detroit Lions – 28.75 Team Total: Matt Stafford + 1 of Kenny Golladay, T.J. Hockenson or maybe even Marvin Jones. Bring back with 1 of D.J. Chark (if healthy), Laviska Shenault (if healthy), Keelan Cole, Collin Johnson (min price punt) or Chris Conley. I wouldn’t even be afraid to run it back with the safest option on Jax, James Robinson.

We know that Matt Stafford can support great fantasy production for multiple pieces of his offense. In a matchup vs. Jacksonville, he should be able to exploit them with ease. While Golladay is the uber chalk, both Hockenson and Jones come in with relatively low ownership.

I love Hockenson as a TE play this week, but Jones is more fringe. We do know that he has multiple TD upside with Stafford though, so he isn’t completely off my board. On the other end it is more of a crap shoot. Minshew seems to be pretty comfortable with Cole, but I still think we are guessing from week-to-week with most of the options here. The two safest WR’s are banged up in D.J. Chark & Laviska Shenault.

I think my favorite bring back here is actually Collin Johnson. They were raving about him and his red zone abilities prior to the season and in week 5 he saw 4 targets to Chris Conley’s 1 and he also found the end zone. If both Chark and Laviska miss or are limited, I think Collin Johnson could see 6-8 targets and with his ability in the end zone, I don’t think a multi TD game would be out of the question. That would be a smash at the bare minimum.

This game could go drastically under-owned IMO. Right now Rodgers + Brady are combining for less than 10% ownership in all the projections I have seen. They aren’t as sexy of picks as they were in 2012, but in a game with a 55 o/u with a spread of just 1, I want to be overweight on the field with this game.

Green Bay Packers Stacks: Aaron Rodgers with 1 or 2 of Davante Adams, Robert Tonyan, or Marquez Valdez-Scantling. Bring back with 1 or 2 of Mike Evans, Chris Godwin, Cameron Brate or Ronald Jones.

Tampa Bay Buccaneers Stacks: Tom Brady with 1 or 2 of Mike Evans, Chris Godwin, or Cameron Brate. Bring back with 1 or 2 of Davante Adams, Robert Tonyan, or MVS or bring it back with a solo Aaron Jones.

None of these players have a crazy amount of ownership with Adams being in the low to mid-teens in most projections. There is just far too much upside to not love this game. With the ownership lower, I lean more towards a QB + 1v1 stack as we don’t have to get crazy with it and can stack a lot of the great chalk plays and still be way different than most everyone else.

Lamar Jackson + 1 or 2 of Marquise Brown or Mark Andrews. Bring back with 0-1 of Miles Sanders, Travis Fulgham, Greg Ward or Zach Ertz.

How weird, last week my favorite team stack, the Pittsburgh Steelers, were facing the Eagles. Why didn’t that work out for me? Well, I didn’t have Chase Claypool in my stacks and we know how that went. This week my favorite stack is the Lamar Jackson led Ravens. Jackson has not been the same fantasy producer as he was a year ago, but there will be a blowup week at some point and I want to be there when it happens.

Right now Lamar Jackson is coming in with ownership around 6-8% and that is just far too low. The phenomenon is that right now people are running his pass-catchers naked when the play used to be running Lamar naked in our lineups. Again, you don’t have to get too cute with this stack. The bring back options are not the best, but I prefer Miles Sanders of the bunch as we know he is game script proof with usage in the passing game.

While I am not super high on Zach Ertz, we know that he is capable of a big game. At 5K and ownership under 7%, he absolutely is in play here for me. he has been targeted 35 times in 5 games, so the opportunity is there.

Listen, I am big on the fact that your secondary stacks can win you money as often, or more often, than your main stacks. This is where we can gain some serious leverage on the field if we hit correctly. Most of my secondary stacks are going to be RB + opposing WR/TE as my main stacks almost always have two WRs in them.

David Montgomery is projected as the 3rd highest owned RB on the slate and for good reason. The Panthers are horrible against running backs. That being said, we also know that the Montgomery variance is a serious matter and while he is projected at almost 30% ownership, star receiver Allen Robinson is projected at only 7-8%. That is some serious leverage for not only one of the safest WR plays on the slate, but ARob also has multiple TD upside as well.

On the other side, the Bears have struggled against the run all season with Eddie Goldman out. Enter Mike Davis. He is projected as the 2nd highest owned RB, but for good reason. He has basically been 80-85% of Christian McCaffery at 70% of the price.

I am not sure we ever thought we would see a week where the Dolphins were 9.5 point favorites, but here we are. Gaskin has been getting the far majority of the RB touches and has been successful in both the run and passing games. On the flipside, Jamison Crowder has been the only bright spot for the Jets, not scoring fewer than 17.4 DK points in any of his 3 games this season. Somehow he is still only 5,800 with ownership under 8%.

Julio Jones is returning in week 6 and literally, nobody has noticed. Right now he is projected at under 6% ownership and that is just crazy considering the matchup vs. the Vikings. On the other side, Thielen is projected to be the 3rd highest owned receiver behind A.J. Brown and Chase Claypool at a little over 20%. Jefferson looks to be around 10% owned.

The least favorite of pairings is Irv Smith Jr. He is a pure punt play at the TE minimum, but he is also the 3rd highest owned TE, so I would like to move to a lower owned TE and leverage that variance. TE has been ugly so far this year, so I would rather pay up a bit and take the really high upside a few of those guys have.

Join me on our DISCORD server as we talk DFS on the daily and stop by the YouTube Channel on Sunday mornings for the Week 6 Tailgate stream and drop your questions in the chat. Also, keep an eye out for more DFS content here on RotoHeat.com.