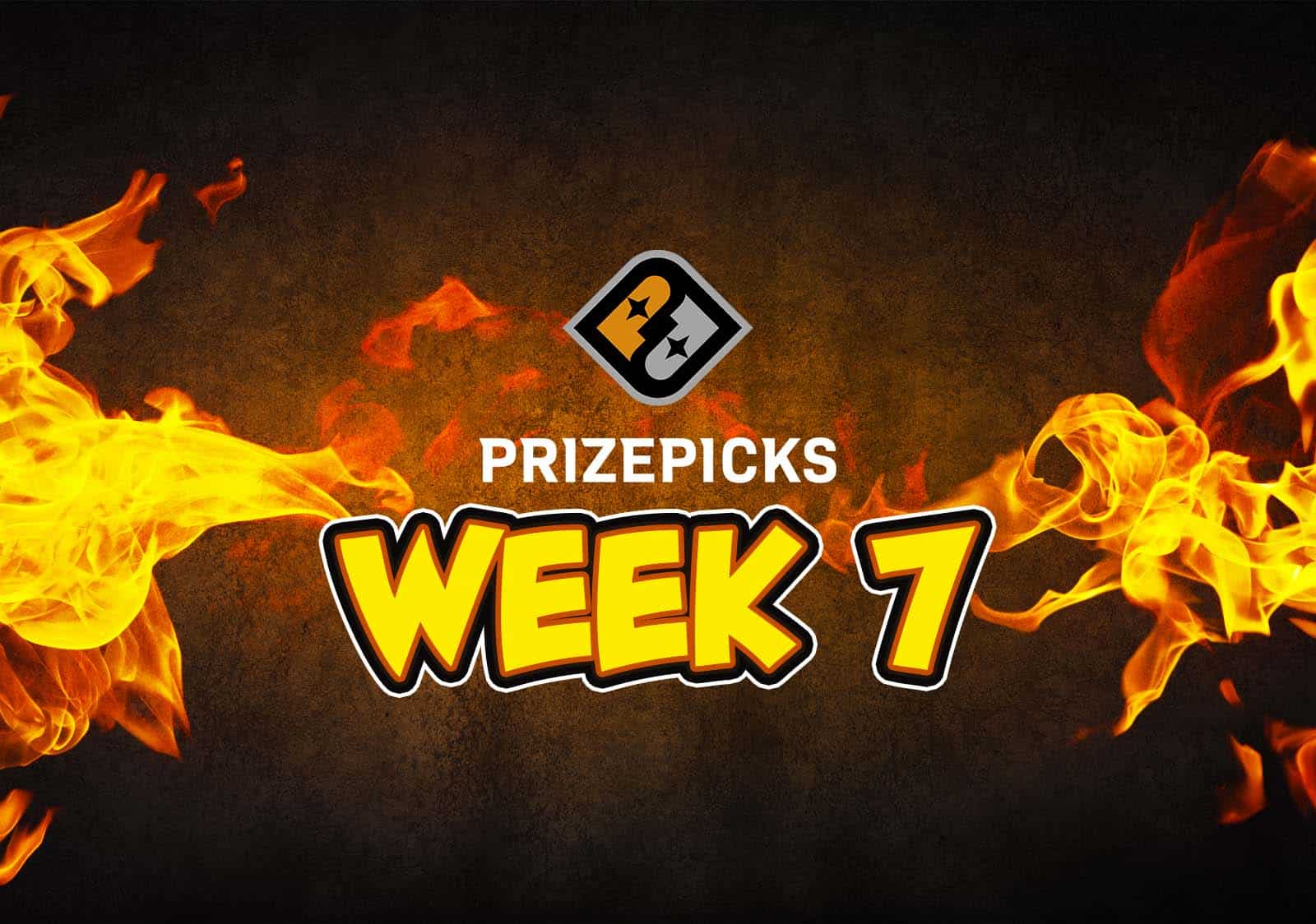 I have put together my favorite PrizePicks Week 7 props and would love to share them with you! First, I know a lot of people are probably new to PrizePicks, so make sure you head over and read my how-to article. For the short version, on PrizePicks you are just picking “Over” or “Under” on single stat or fantasy point projections–no huge fields, just you and your picks!

Everything in my research pointed to this being too low of an over/under on passing yards for Lamar. The first two signs were that DraftKings and FanDuel both have his prop set at 238.5 passing yards.

The second thing I did was run this in the prop tool over at Run the Sims and he hit the over more than three-quarters of the time. That makes sense. Week 6 was the only game that Lamar hasn’t gone over this number on the season.

Jackson has averaged 8.7 yards per attempt on the season and has thrown less than 30 times only twice. The Bengals defense is also nothing to worry about despite being middle of the pack in passing yards given up. Three of their games have been 297 or more passing yards from Ben Roethlisberger, Aaron Rodgers and Kirk Cousins. Their stats get bolstered a bit when you see Chicago (83 passing yards), Lions (192), and Jaguars (202).

Bonus Prop: Pair Marquise Brown Over 58.5 w/ Lamar. He has hit this mark in 4 out of 6 games this year and one of his misses was the 3 drop game where he would’ve smoked it. I just talked myself into liking this one even more.

Honestly, this one rivals the Lamar play for me. Week 5 is the only week that A.J. Green DIDN’T receive exactly 6 targets. In each of the other weeks, he received 6 targets and has only failed to match this yardage total once in those games. Other than his 25 yard Week 1 and 13 yard Week 5, he has topped at least 44 yards.

With Antonio Brown out, Chris Godwin is in a smash spot vs. Chicago. The Bears love to give up big plays in the passing game and Mike Evans should see most of the best cornerback that the Bears have to offer in Jaylon Johnson. This number was obviously set before Brown was ruled out, and sites like DraftKings (71.5) and FanDuel (71.5) have theirs set much higher now.

This line is just absolutely too low for a healthy Joe Mixon, especially when the Bengals are underdogs. If we go back to 2020, he has hit this number in 7/10 healthy games. On top of the already solid odds, the Bengals are 6.5 point underdogs vs. the Ravens and should need to pass a substantial amount to keep up in this game.

If you are taking the Lamar Jackson & Marquise Brown overs from above, this is a nice chance to get a 3rd correlation pick into your play.

I am not going to feed you bullshit. I have had a feeling ever since that second half against Tampa Bay that Philadelphia has finally realized they need to give Miles Sanders touches. The fans sure let them know about it in that game. Despite the poor usage thus far, Sanders has still topped this number in 3/6 games in 2021 and 6/9 dating back to last year.

If the Eagles are serious about needing to get him more touches and they do that this week, I feel he will go over easily. Now, I must say that you can get this (obviously with juice) for 17.5 receiving yards on both DraftKings and FanDuel.

Despite early-season beliefs, Arizona just isn’t getting thrown on a ton. To top it off, Davis Mills is pretty darn bad. He has only topped this total twice, both of the last two weeks. Check out those blown coverages by the Patriots (you’re welcome Chris Moore) in that Week 5 game. Then, it took him 43 attempts to get 243 yards in Week 6.

Thank you for checking out this new article series. I will recap these picks after all games are complete. As always, if you want to chat more in-depth about PrizePicks, join our Discord. You also get a 100% deposit match on PrizePicks when you use code HEAT, all while supporting RotoHeat.