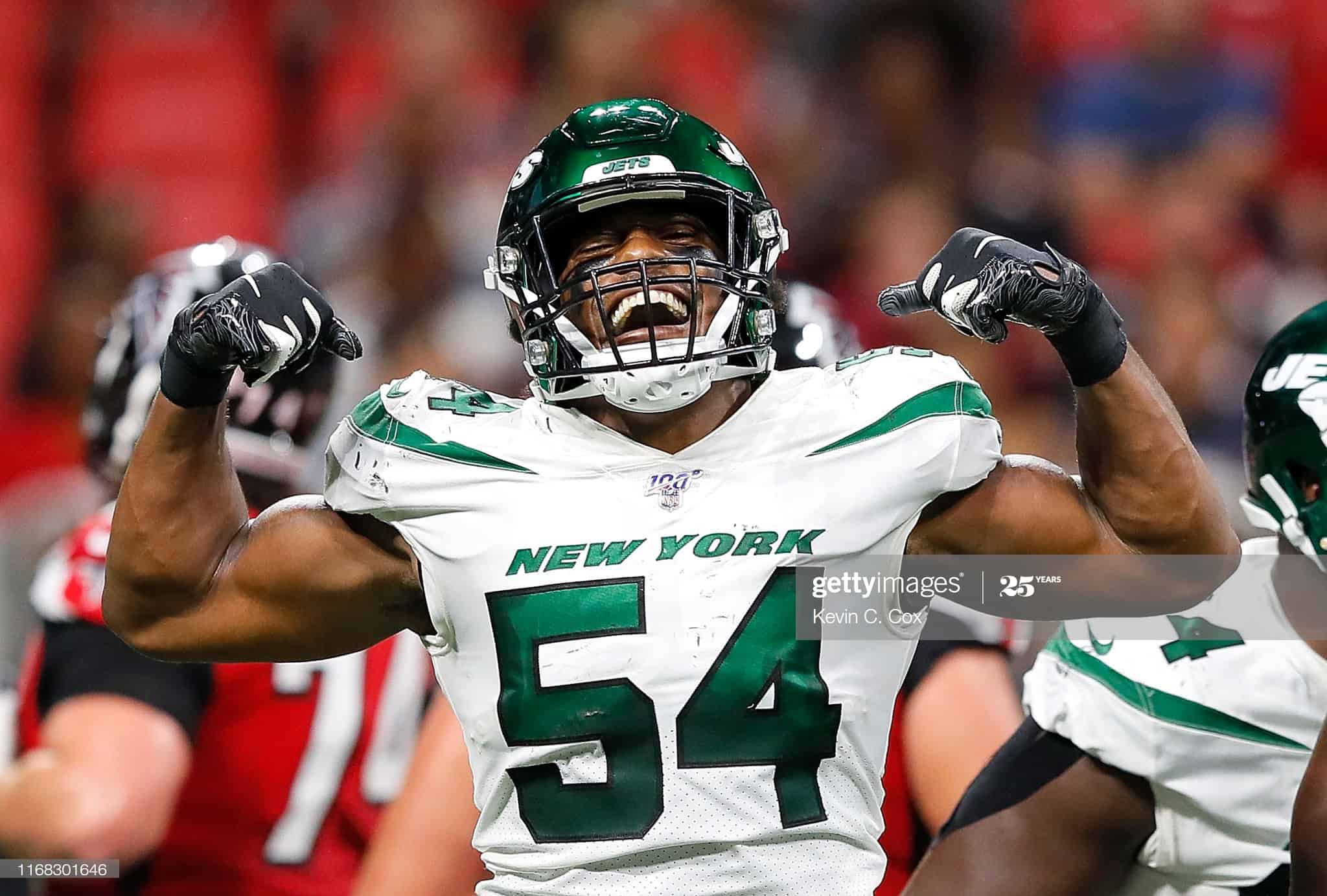 The Tennessee Titans made Avery Williamson the 151st pick (5th round) in the 2014 NFL Draft. The former Kentucky Wildcat made an immediate impression for the Titans with 78 combined tackles (seven for a loss), three sacks, two fumble recoveries and four passes defended. In each of the next three years in Tennessee, Williamson had at least 92 combined tackles, two sacks and two tackles for a loss.

After the 2017 season, he signed a three year, $22.5 million dollar contract with the New York Jets. That year he started every game for the Jets and placed within the top 20 for combined tackles with 120 (80 solo and six tackles for a loss), three sacks, two forced and one recovered fumble, one interception and 6 passes defended.

In the second preseason game for the 2019 season he tore the ACL in his right knee and missed the entire season. He is still currently rehabilitating his knee and remains questionable for the start of the 2020 season. Given this, and a crowded, if a bit underwhelming, group of New York Jets linebackers, Williamson is unlikely to see the same sort of production he has in the past. Neville Hewitt and James Burgess both had some productive IDP games last year for the Jets, while 2019 5th round pick Blake Cashman and Patrick Onwuasor will also be vying for playing time behind the only sure starter CJ Mosley (who is coming off only playing in two games, himself, last year).

Williamson certainly has a history of production which will help him if healthy, but coming off an injury which generally takes more than a year to fully recover from, combined with a higher level of competition for playing time, leads to a murky 2020 outlook for Williamson. He would only have $2 million in dead cap if cut, which would only proceed to further muddy his 2020 outlook.

As with the 2020 season, there is a lot of uncertainty within Williamson’s future in New York. Even if he plays out the season with the Jets, he is a free agent after this season. The Jets, or any other team looking to sign him going forward, will want to see that he is fully recovered and back to his pre-injury form before giving him a contract. He is only 28 so age isn’t an issue. Wherever he ends up going forward, if he remains a starter and remains healthy, I see him continuing to have a low LB2 ceiling, with a low end LB3 for his floor. He isn’t the most exciting player, but he gets you production.

Williamson is likely a free agent or buried on someone’s bench in your league. If he is a free agent, and you have room for a flier on your bench, his past production makes him worth a stash to see how things pan out. If he is owned in your leagues, you can likely get him as a throw-in on a larger trade. Either way, I would not be offering much of anything in terms of draft capital or free agency acquisition dollars (FAAB) to obtain him at this time due to how much uncertainty exists around his situation.

Let us know what you think about Avery Williamson; he is currently not within the top 177 IDP players we have ranked within our free IDP rankings. You can catch our IDP-Specific Live Stream Monday Nights @9:30 Eastern over on YouTube!