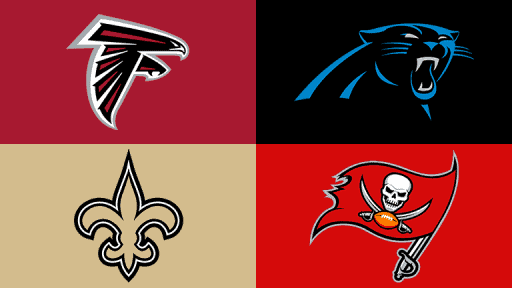 In our “All 32 Teams Fantasy Draft Needs Series,” we review each of the leagues 8 divisions.  The “32 Teams Fantasy Draft Needs Series” takes a deep dive into the needs of each organization from a fantasy perspective.  This request was made on a recent Heat Seekers live stream over on our YouTube Channel.   Be sure to subscribe so you don’t miss out on all the great content.  In addition engage with 1,400+ passionate dynasty players and let the RotoHeat content team know what topics YOU want to hear about by visiting our RotoHeat Facebook page.

NEW ORLEANS, LA – SEPTEMBER 16: A New Orleans Saints helmet is seen during a game against the Cleveland Browns at the Mercedes-Benz Superdome on September 16, 2018 in New Orleans, Louisiana. (Photo by Jonathan Bachman/Getty Images) All 32 Teams Fantasy Draft Needs

The New Orleans Saints are the NFC’s most complete offense, affording New Orleans the luxury of drafting for the long-term. The notable contributors who are not under contract after this season are running back Alvin Kamara, quarterback Taysom Hill, tight end Jared Cook, and right guard Larry Warford.

Every indication out of New Orleans is that the Saints will do whatever is necessary to retain both Kamara and Hill. The same likely isn’t the case with Cook and Warford. The Saints can invest in the future by drafting eventual replacements for both at the 2020 NFL draft.

The defense is also in good shape for 2020 and with no major weak spots. Linebacker Demario Davis and free safety Marcus Williams, who is in the last year of his rookie deal, are due contracts next season. Williams will be a priority re-sign option, but they could look to replace Davis via the draft.

The Saints own two picks in the top 100: picks 24, and 88. In total they have 6 draft picks. Being short on draft capital is nothing new for New Orleans. There isn’t a whole lot of “fantasy” needs in the draft for the Saints. If they decide to target the offensive line to eventually replace Warford, Michigan OL Cesar Ruiz or USC Austin Jackson would make sense at pick 24. This would enable the Saints to take Notre Dame TE Cole Kmet as Cook’s heir apparent later in the draft. With limited draft capital and no second round selection, I wouldn’t be surprised if the Saints trade back at 24 in an attempt to add additional picks.

NEW ORLEANS, LA – DECEMBER 03: A Carolina Panthers helmet is seen during a game against the New Orleans Saints at the Mercedes-Benz Superdome on December 3, 2017 in New Orleans, Louisiana. (Photo by Jonathan Bachman/Getty Images) All 32 Teams Fantasy Draft Needs

The Panthers appear to be a team in a full-scale rebuild. They released franchise quarterback Cam Newton and replaced him with Teddy Bridgewater on a $33 million guaranteed deal. This signing makes sense for the Panthers, as it’s important to have at least a serviceable QB who can execute the plays being called. Drafting seventh overall behind QB-needy teams like the Bengals, Dolphins and Chargers, the Panthers realized they’d have to give up too much long-term capital to get one of this draft’s marquee QBs, and so they’ll go with a Bridgewater at QB for now.

As for what this team needs around that QB offensively, it was adding another WR to complement D.J Moore and Curtis Samuel until the signing of Robby Anderson. Adding Anderson enables the Panthers to focus on finding an offensive linemen who will afford Matt Rhule and OC Joe Brady the upgrade they need to execute what should be a rather run heavy approach.

Adding a high-level tight end would help both the run and pass game. The Panthers released Greg Olsen, leaving 2018 fourth-rounder Ian Thomas as their top TE. Thomas can lineup in most formations, but does not have the explosive traits to be a true #1 TE. This year is not the year to be needing a high-level TE however.

On defense the Panthers needs are plenty, and this is likely where they focus in the draft. There are opportunities on the defensive line, and they need to address the somewhat sudden departure of Luke Kuechly.

The Panthers own three picks ion the top 100: 7, 38 and 69. If Tua Tagovailoa or Justin Herbert make it to #7, the Panthers would have a decision on their hands. It’s unlikely they do, and if it happens, don’t be surprised if the Panthers trade out of that pick. The most likely scenario is those QBs are already gone and the Cats pick will be one of Clemson LB Isaiah Simmons, Ohio State CB Jeff Okudah, and Auburn DT Derrick Brown. I would imagine Okudah comes off the board as early as pick 3, and the Panthers select Simmons at 7. When rebuilding you cant miss with your top selection and Simmons to me seems like the most “can’t miss” prospect available. After making their first round selection, Carolina will continue to try and plug the holes with their remaining 7 selections.

CHARLOTTE, NC – NOVEMBER 16: An Atlanta Falcons helmet during their game against the Carolina Panthers at Bank of America Stadium on November 16, 2014 in Charlotte, North Carolina. Atlanta won 19-17. (Photo by Grant Halverson/Getty Images)

It’s impressive when analyzing the Falcons offense in terms of the number of first round selections. Atlanta recently signed running back Todd Gurley and wide receiver Laquon Treadwell. They also traded for tight end Hayden Hurst. All of these players are former first-round picks. Add those to the first-round skill players the Falcons selected over the years in quarterback Matt Ryan (2008), Julio Jones (2008) and Calvin Ridley (2018), and that makes this a potential starting lineup of former first-round picks.

Although that is impressive, it’s not an offense without flaws. WR Russell Gage is respectable, but Atlanta lacks a major slot weapon. At running back, Todd Gurley is a bit of an unknown, and like Brian Hill, Gurley will be a free agent in 2021. The Falcons should look to add a running back to pair long-term with Ito Smith.

The most pressing need for Atlanta remains on defense as they could use an upgrade in the secondary. Releasing Desmond Trufant leaves 2019 fourth-rounder Kendall Sheffield and 2018 second-rounder Isaiah Oliver as the starters outside. The Falcons pass rush came alive late in the 2019 season, but it is also an area of opportunity for the Falcons. That’s a need they must address early, as is linebacker.

The Falcons own 3 top 100 picks: 16, 47, and 78. I would think that they address one of their defensive needs at 16, and strongly consider adding a running back at 47. They should have their choice of one or two of the top 4 rated running backs. If they decide to target a slot option in round two, they could gamble on Kentucky’s Lynn Bowden Jr. and Texas’s Devin Duvernay, or go after guys like Vanderbilt’s Kalija Lipscomb and Ohio State’s K.J. Hill. My thought is they avoid the WR position until they hit their two fourth round selections

NEW ORLEANS, LOUISIANA – OCTOBER 06: A Tampa Bay Buccaneers helmet is pictured during a game against the New Orleans Saints at the Mercedes Benz Superdome on October 06, 2019 in New Orleans, Louisiana. (Photo by Jonathan Bachman/Getty Images)

The recent free-agent signing of quarterback Tom Brady should signal the Buccaneers are in win now mode. This tends to happen when your new starting QB will be 43 years old to start the season. Part of the reason Tom Brady is in Tampa is because the Bucs don’t have as many needs as a typical 7-9 team. Their top five picks last season were all spent on defense, and all five wound up playing meaningful roles as rookies.

This year the we should see a shift to the offense side of the ball early in this draft. The Bucs need to add a running back, but they need to prioritize the offensive line first. Starting right tackle Demar Dotson is gone. Joe Haeg is a decent backup lineman but can’t be the answer for protecting Brady from edge rushers. It will be interesting to see if Bruce Arians will change his deep-dropback passing game to help get the ball out of Brady’s hand quickly. Even if they stick to the current offense, it’s wise to draft line help early.

Defensive Coordinator Todd Bowles’s idea of a good day is one spent attacking quarterbacks. If the Bucs find that an athletic safety or man-to-man corner has unexpectedly fallen to them, they could pounce, but the priority for their picks is on offense—specifically, up front.

Tampa owns 3 top 100 picks: 14, 45, and 76. An ideal scenario would be grabbing a tackle like Alabama’s Jedrick Wills or Iowa’s Tristan Wirfs if they fall to 14 and then target your RB with pick 45. The Bucs would benefit greatly from an upgrade to the backfield, and it would be great for fantasy, as the Bucs are one of the best landing spots for one of the big 4 rookies.

Tampa Bay also could take advantage of the perceived depth at WR in this draft. They are great atop the depth chart (Mike Evans and Chris Godwin) but lacking high-pedigreed options beyond that.