Home Redraft 5 Players to Fade in your Fantasy Football Draft 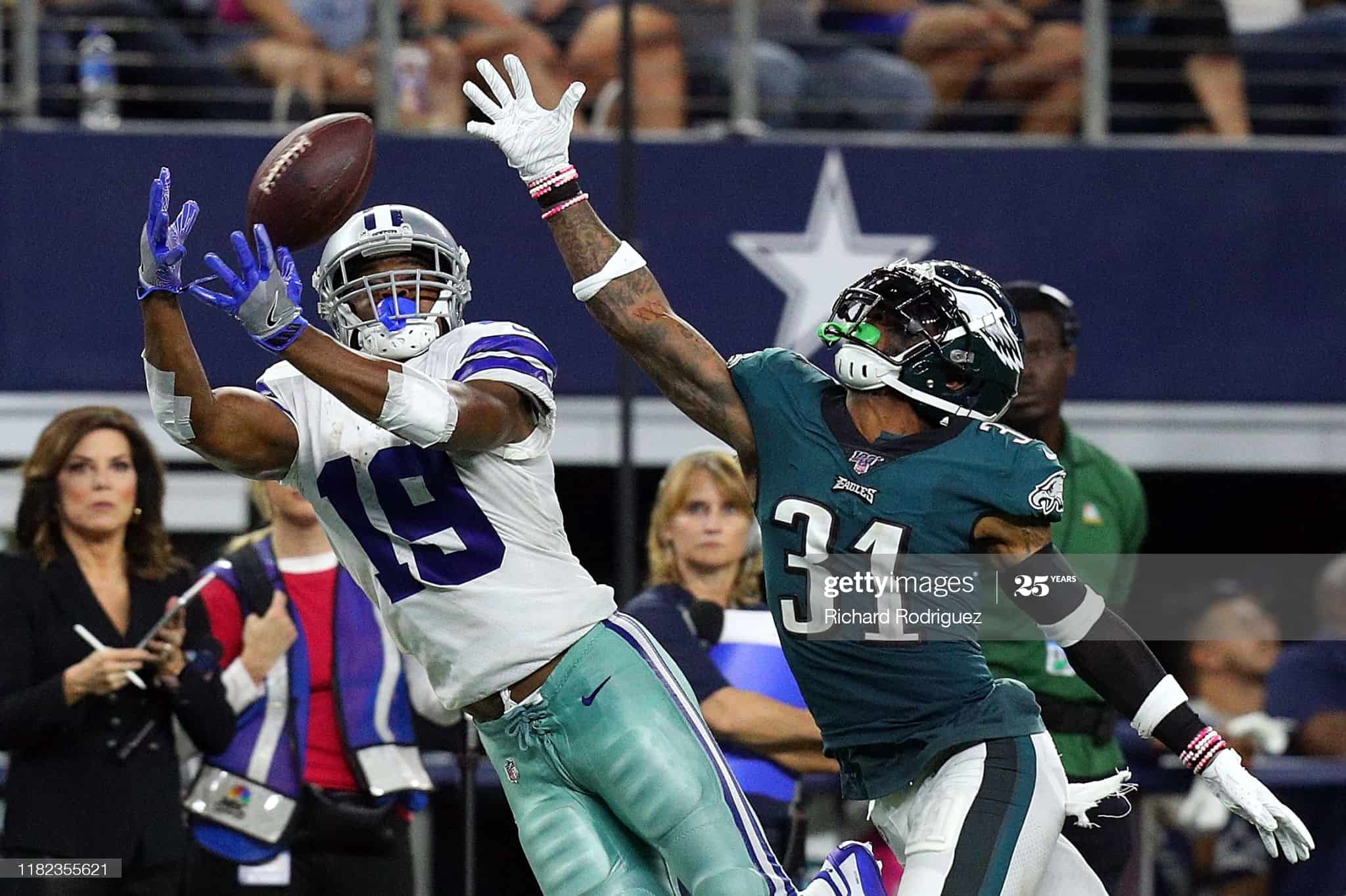 5 Players to Fade in your Fantasy Football Draft

One of the last big days of drafting is upon us, and of course we are here to help you out.

It is important that you hit the right players in the middle rounds of your draft because these are usually the players that are going to make a difference throughout the season.

In this article, I am going to tell you which 5 players you should fade in drafts this season. If you want even more, you can read who is my top target of every round for a 15 round draft in my Perfect Draft article, or you can see the 5 players Rob Sullivan is telling you to target in redrafts.

This guy I am fading more than any other player this season. Amari Coopers ADP puts him at the back of the third round, which means that quite often, he is going to be someone’s WR1, given the tendency for fantasy owners to take 2 RBs when they are close to the turn of round 1 and 2.

Don’t get me wrong, Cooper is not a bad football player, but he has shown massive inconsistencies throughout his career, which is something I do not want from my third-round pick. In any given week, Cooper is just as likely to turn in a complete bust of game (less than 7.9 PPR points) as he is to give you a WR1 performance.

We know this thanks to Mike Tagliere’s boom/bust article, that has Cooper at 31.3% in both bust rate and WR1 rate. This is absolute “Do not want”-territory for me given where you need to draft Cooper. On top of that, Dallas added another incredibly talented pass catcher in Ceedee Lamb to their receiving core this offseason, which makes me hate Cooper in the third round even more.

I am totally fine with him having a couple of big games for other fantasy managers because I know that he is also going to completely disappear in other weeks and turn in a stinker. Fade Amari Cooper.

During the offseason, I was one of many who believed that the change of scenery was a good thing for Melvin Gordon. He gets a fresh start in Denver, and I was firmly of the belief that Gordon would become the lead back, taking a large role in this backfield given the 8 million dollars the team is paying him.

Now I am not so sure anymore. Phillip Lindsay has embraced the challenge, and reportedly Gordon has both missed time in camp, and look less than stellar. Latest reports are that this backfield could be a complete 50/50 split until one back distinguishes himself.

Add to that, we have no idea whether this offense is going to be good or not. These concerns have resulted in me not having any Melvin Gordon shares at all this season, because his round 4 ADP. At that range, there are so many good receivers that I have way less concerns about, leaving Gordon as a fade for me, given the unknowns surrounding his situation and the opportunity cost being too high.

Another guy I am going to fade is a rookie who was drafted in the 2nd round, Cam Akers currently sees his ADP at the beginning of round 6 in fantasy drafts. Personally, this is not a price I am willing to pay, given how murky the situation in the Rams backfield is, so Akers is a fade for me. Akers has seen a lot of snaps with the first team just to get up to speed with the offense, suggesting that he has been far behind the curve like many other rookies due to COVID.

Recent news also suggest that Malcom Brown is going to be the starter week 1, and Darrell Henderson is going to get back in the mix as soon as he gets back from his injury. Drafting an RB in the sixth round of my fantasy draft, who could easily be part of a 3-headed backfield is not something I want.

Even if Akers ends up taking on the larger role, Brown and Henderson will not go away. Brown saw a fair bit of goalline work even when Todd Gurley was on the team last season, which makes me believe that could be the case again, vulturing TDs away from Akers. Henderson is also going to see touches with his home run ability.

With reports that Head Coach Sean McVay wants to employ a similar approach to Kyle Shanahan, using several RBs to see who separates himself from the others. As a result, Akers is someone I am going to fade.

Another player with a sixth round ADP, Evan Engram is someone I am fading. There is no question about his talent and what he can do for your fantasy team. My biggest issue with Engram is his availability. After showing incredible promise as a rookie, the Gaints tight end has missed 13 of 32 games over the past two seasons.

With an ADP this high, you are drafting him to be the TE6 on the season. This is certainly within his reach, but his injury history just does not make me comfortable spending on him here.

After the top 4 tight ends, there is a significant drop for me in the tier, and I basically see a huge field of tight ends who could end up anywhere from 5-12. With that being the case, I do not want anything to do with TEs that go between round 4 and 8, and preferably I would want to wait until the double-digit rounds to grab my first Tight End.

Evan Engram is solidly entrenched as one of the players I am fading this draft season.

The final player on my fade list is Matt Breida. He is currently going just 4 draft spots behind his teammate Jordan Howard. I feel confident that Breida is going to take the role as the back up in this backfield.

He has never seen more than 153 carries in a single season, which shows me he does not have the durability to be a proper lead back and carry a heavy workload. All the kinks, bruises and minor injuries that has followed Breida the past two seasons, seem to support that.

On top of that, Breida has always been used to the Shanahan scheme, which is very kind to running backs. In Miami, it is unlikely that he will be able to take advantage the same way he was able to in San Francisco, whereas Jordan Howard has been able to  produce despite playing in a scheme that is not nearly as RB friendly as the one Breida had in San Fran.

With the addition of Lynn Bowden who can serve as both a WR and a pass catching back, we could see Breida lose some work in that department too, which further hurts his stock.