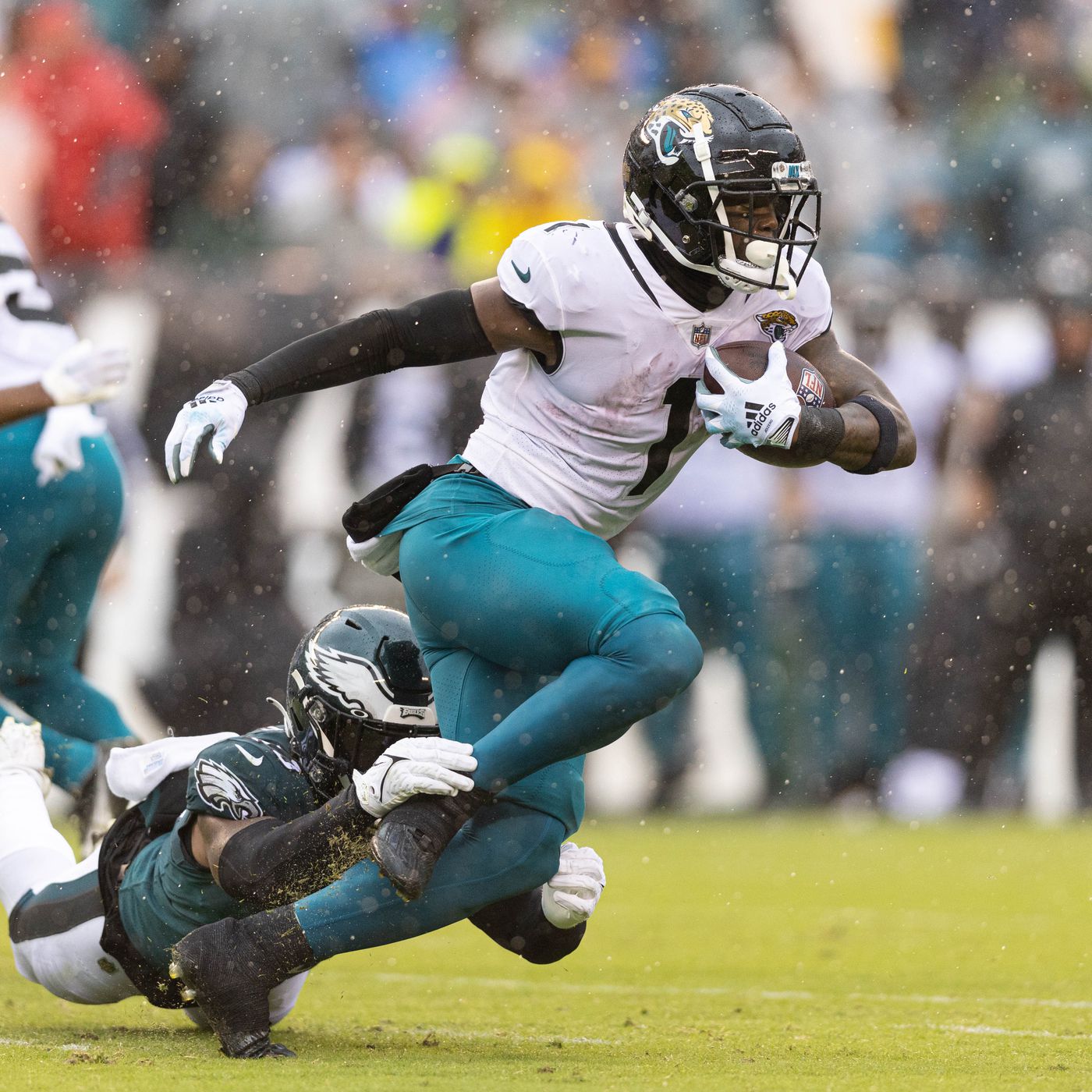 Take your fantasy football team to the next level with these elite dynasty trade targets. Boasting a mix of running backs, tight ends, and wide receivers, Travis Etienne, Kyle Pitts, and Christian Watson have all proven their worth on the field and are ready to elevate their game in 2023. Don’t miss out on the chance to acquire these rising stars and give your team the upper hand in your league.

As we all know Travis Etienne missed year one of his NFL career with a Lisfranc injury. However, he only missed one game in year 2, so that has me feeling better about his injury concerns that were there. After James Robinson was traded in week 6, Etienne had at least 70% snap share in all but 3 games. Those 3 games, the game he got hurt, the game that was right before the season finale and did not affect their playoff trajectory at all, and the season finale where he still had 55% snap share.

In that time period, he had five 100+ yard games rushing, five rushing touchdowns, 20 receptions, and 170 receiving yards. Travis Etienne finished the year as RB18 in PPR Fantasy Football. With a full season as the lead back he and more familiarity with the NFL he is someone I am heavily trying to acquire. I would offer a 2023 or 2024 first-round draft pick to acquire him at a minimum. He is one of my top-tier dynasty trade targets.

Kyle Pitts is one of the ultimate of buy-low dynasty trade targets in fantasy football right now. As a tight end, he is a unicorn and he proved this in year one by putting up 1000 yards. He and Mike Ditka are the only two tight ends to have 1000 yards receiving in their rookie year….EVER. His rookie fantasy season was only disappointing in one category: touchdowns. In his second year, he did double his touchdown numbers from one to two, but then his season was cut short by a Grade 2 MCL sprain that required surgery.

Atlanta’s offense was also not utilizing Pitts nearly as much in year two as it went to a more run-heavy scheme to accommodate for quarterback Marcus Mariota’s lack of ability to run a more complex offense. Arthur Smith also leaned into Mariota’s ability to run which limited the passing upside of the offense and therefore Kyle Pitts.

In 2023, I expect a different quarterback for the Atlanta Falcons which could be Desmond Ridder, a rookie, or another veteran. If it is Ridder or a 2023 rookie, then I think Pitts can easily get back to his rookie year numbers because tight ends are typically a young quarterback’s best friend. Most options at quarterback should have a higher capacity to throw the ball in Arthur Smith’s offense. You should be offering a late 23 first + a veteran flex option at a minimum to acquire Kyle Pitts as another one of my dynasty trade targets.

Christian Watson’s career started off with a whimper as he dropped his first target from Aaron Rodgers. However, he turned his season around with an absolute explosion of a game against the Dallas Cowboys, putting up 4 receptions on 8 targets for 107 yards and 3 touchdowns. After that game, he had 27 receptions on 43 targets with no less than 5 targets in a game. He earned the trust of Aaron Rodgers which is especially tough to do and that makes him one of many dynasty trade targets.

Whether or not Rodgers, Jordan Love or someone else is the starter for the Green Bay Packers next year, Christian Watson is a buy in dynasty fantasy football. His height and speed make him a weapon for whoever his quarterback is in 2023 and we saw a massive glimpse of what he can do when he gets volume. He has an extremely high ceiling for dynasty fantasy football and that is why he is a target of mine.

He finished as WR44 in PPR fantasy football, but I think he can easily be a top-30 wide receiver. I would offer an early 2nd-round rookie pick and flex-worthy player to start trade negotiations, but I would not be afraid of sending a 2024 first. I would not offer anything more than a late 2023 first by itself for Christian Watson.

I discuss three potential dynasty trade targets for fantasy football teams in January: Travis Etienne, Kyle Pitts, and Christian Watson. Each of these players has shown promise and potential for success in their positions. Consider them and offer trades to acquire them, but also monitor their teams’ future changes. These players have the potential to be game-changers and should be on your radar when looking to acquire new talent for your fantasy team.