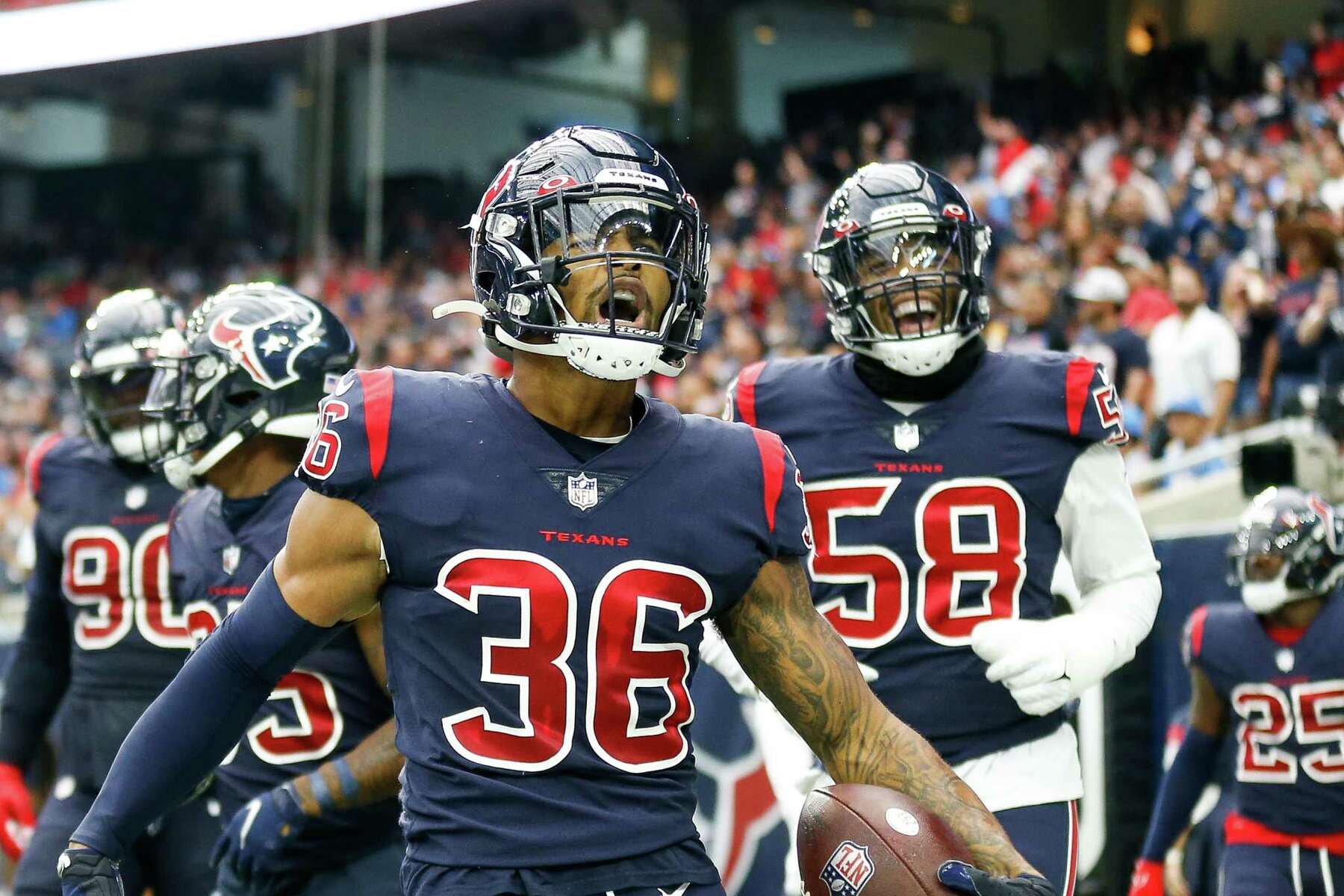 2022 marks my third year of doing the IDP waiver write articles for RotoHeat, and I am honored to be able to keep doing them for you for another year. We started doing a video for them over at RotoHeat’s YouTube last year and will continue that this year as well. You can see the Week 2 video here.

You don’t need to abandon your studs after a poor Week 1 if you have that situation. People overreact to Week 1 every year and it ends up biting them in the rear. However, whether it is due to injuries, unforeseen timeshares, or just needing depth at a position it is never a bad idea to pay attention to the waiver wire for help. The rostered percentages listed will go up over the week on various sites as waivers run, but all of these players are currently under 10% rostered on ESPN, Yahoo, and Sleeper.

Waiver wire adds in redraft (which this is aimed at) are very different than in dynasty for many teams, so if you have dynasty-based questions please hit me up on our Discord or on Twitter. Keep in mind that this is also not a comprehensive list. There are other names that can be worth adding to your specific team that I don’t cover due to time and/or rostership. If you have questions about anyone, please ask!

Now with that out of the way let’s dig into who we like as 2022 NFL Week 2 IDP waiver wire adds.

Kamu led all NFL players (through Sunday) in tackles with 18; 14 solo and 4 assists (with 1 PD added in). I do not expect that to continue this year, as they played the Colts who ran 38 times. Both Kamu and fellow linebacker Christian Kirksey played 100% of the defensive snaps though, and that plus production is what we want in IDP waiver wire additions. He likely does not see the 100% the rest of the way (rookie Christian Harris is out for the first four weeks), but Kamu was all over the field playing well and likely will be starter most of the year.

Deion Jones will miss at least another three games and Walker played 100% of the snaps in Week 1 against the Texans. He also had the proverbial green dot, so he was the one calling plays for the team. A guy that has produced in limited playing time in previous seasons he had a decent game in Week 1. He ended the game with 4 solos, 2 assists, 1 sack, and 1 forced fumble. The Saints only ran the ball 19 times in that game, and Week 2 brings the Buccanneers who ran the ball 33 times against Dallas. Aside from Week 2 value, Walker should continue to see some standalone linebacker value in leagues.

Someone I wrote about earlier this year, TJ picked up where he left off at the end of 2021. Over the last 8 weeks of 2021, he had a 95% snap share. He was talked up all offseason by the players and coaches despite signing Kyzir White in free agency and drafting Nakobe Dean in the 3rd round of the 2022 NFL Draft. He was on the field for 100% of the defensive snaps, compared to 74% for White and 4% for Dean. He ended the game with 5 solos, 2 assists, and 1 PD. Not an amazing stat line, but he is worth being rostered with his role, and better stat lines are to come.

This is a two-fold pick. One, he had a fine game and decent snap share. He had 6 solos and 3 assists on 85% of the snaps. This matters more with how Micah Parsons was used though. Micah played 100% of the snaps, but only 35% of his snaps came as an off-ball linebacker; 63% were as an Edge player. Leighton was the starting middle linebacker and looks to be for the time being as they don’t appear to have anyone else they trust. Anthony Barr played 56% of the snaps as an outside linebacker, and Dante Fowler played 16% as the same. That was it for linebackers. Leighton will have utility as long as he keeps the middle linebacker spot and Micah is used more as an Edge. With Dak Prescott going down for a month or so the Dallas defense may be on the field even more.

I had Talanoa as one of my sleepers for 2022 and he certainly lived up to that for one week anyway. The starting strong safety for the 49ers had a 100% snap share and ended the game with 9 solos, 2 assists, 1 PD, and 1 interception. You can read my thoughts on him in my article from earlier this year, but if you need safety help because someone like Jayron Kearse was injured, I love Talanoa.

The Texans defense as a whole surprised in Week 1 against the Colts, and Owens was a big piece of that. Owens was one of six players on their defense who played 100% of the defensive snaps, and he ended with 11 solos, 4 assists, and 1 PD. He was flying around the field and was a sure tackler for them on Sunday. Owens looks to be starting over Eric Murray, so take note of this change and adjuster if needed.

Marcus played 100% of the defensive snaps in Week 1, leading the Eagles’ secondary. He finished with 8 solos and 2 assists, and more importantly, he was flying all over the field making plays for them. The Eagles play the Vikings on Monday Night Football in Week 2 in what looks like a potential shootout after Week 1. Marcus looks to have rest-of-the-season value with his snap counts and usage.

Jeff was second in snaps (87%) behind Amani Oruwariye (99%), but that was either due to cramps (according to Jeff) or scheduled rest (according to Dan Campbell), but he finished the game and should be good to go for Week 2 as the Lions’ #1 cornerback. Jeff finished Week 1 with 7 solos, 3 assists, and 1 PD; in Week 2 the Lions play the Commanders, who just threw the ball 42 times against the Jaguars.

A 2020 5th-round pick of the Bears, Dominque was expected to need time to adjust to the NFL. After all, he is on his third position since leaving high school, and only had 37 tackles (18 solo), 11 TFL, 6.5 sacks, and 1 PD in his college career. He made an impression in camp with the Bears though and got a 41% snap share Week 1 against the 49ers. This is not a high number, but it was second for their defensive ends (Al-Quadin Muhammad had 63%) and he had a great game; 5 solos, 2 assists, 1.5 sacks. You cannot expect those stats with that low of a snap share each week, but he is a great stash and see on a Bears team that despite winning Week 1, will likely be having a rough year where the young players will get more playing time as the season goes on. Week 2 against the banged-up Packers offensive line will be another nice test for the super athletic Robinson.

Somehow in his 9th year in the league, Clowney feels often overlooked for never living up to the hype of when he was drafted 1st overall by the Texans. He did not have a huge day in Week 1 against the Panthers (3 assists, .5 sack, and 2 PD) but he played 83% of the snaps against them, which was only 2% (1 snap) less than stud Myles Garrett, who started opposite of Clowney. With the still atrocious Jets on the docket in Week 2, Clowney should at least replicate a similar line, and I’d bet on a better overall game. With the Steelers coming up in Week 3 he’s got a chance to start the year off very strong.

Paye and Yannick Ngakoue were on the field for 79% and 81% (respectively) of the Colts’ defensive snaps, but Paye had the better day. If you listen to our IDP show in the offseason you know we feel he is the more well-rounded player of the two, and it is no surprise to me had had the better day. He ended the day with 6 solos, 1 assist, and 2 sacks. The sacks won’t be there each week, but the tackles he gives are a great base and he should be much more rostered than he is.

As far as interior defensive linemen go, BJ played a fantastic 81% of the snaps for the Bengals in Week 1. This led the IDL players for the Bengals, and he ended with 2 solos, 1 assist, and 1 sack. No, not an amazing stat line, but the usage and potential is evident. He ended 2021 with 6 regular season games with 4 or 5 combined tackles. Week 2 brings the reeling Dallas Cowboys who are starting a back up QB and who have a poor offensive line that was made worse by injuries on Sunday Night Football.

You catch our 2022 NFL Week 2 IDP Waiver Wire Adds and all our other video content on YouTube. Be sure to subscribe and click the notification bell to ensure that you don’t miss any of our other great content. We have free IDP Rankings over on RotoHeat.com, and you can catch our IDP-Specific podcast on most podcatchers! You can also find me on Twitter.