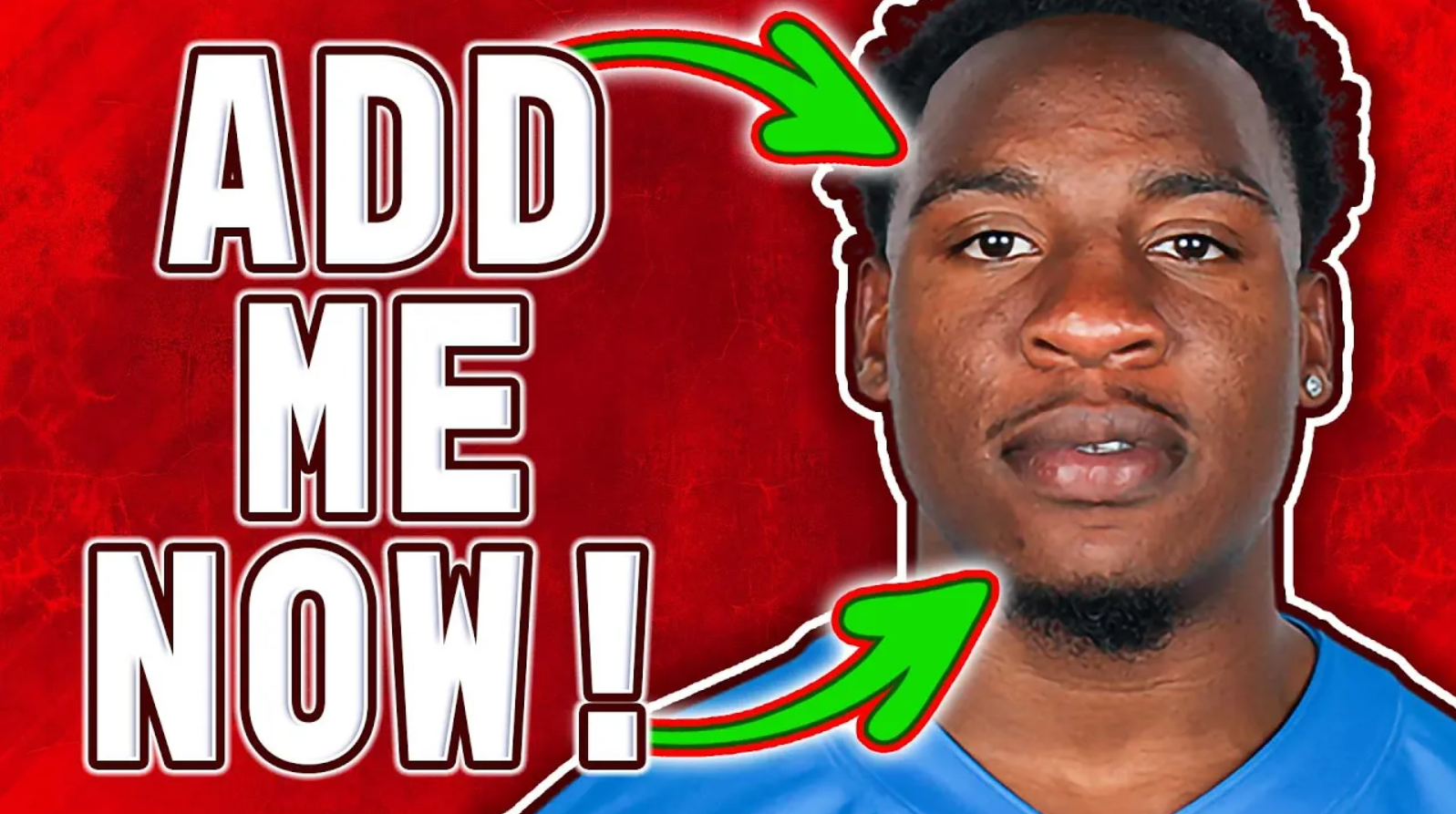 For those of you in leagues with playoffs, I hope you have made them. If you do not have playoffs, but just play out each week of the season, you have three or four weeks left in the season to make a move to the top.

If you are out of it, like I am in some leagues, better luck next year. This game we play is a fickle mistress, and deep down we can’t predict well at all what she will do. But we can keep trying, learning, and growing.

Bye Weeks: None! Hurray, they are done!

As always these waiver adds are mainly redraft focused and looking at deeper leagues; if you have questions for shallow leagues, where you start 2 DL/2 LB/2 DB many of these are likely a bit deeper than you need. All statistics are courtesy of Pro Football Reference unless otherwise noted, and the base scoring we go off of you can find here. Please feel free to reach out to us for questions on any specific league; the more info you have the better!

We’re not always right, and last week I was wrong about the next Browns linebacker up. Deion Jones (4 solos, 3 assists, 2 pass deflections, 1 interception) had an 88% snap share last week, as opposed to the 18% that Jordan Kunaszyk had, and the 16% Tony Fields II had. Fields you may recall was my pick last week for this role.

But we adapt and move on. The Browns face the Ravens who are middle of the pack in points allowed to opposing linebackers, but with both teams expected to be run-heavy given their quarterback situations, like feels like a smash spot for Deion.

So last week was a poor showing for the listed linebacker replacements. We live and learn. We had the right player (Dylan Cole) for snap share here at 82%, but he only managed 2 solos and 3 assists. Joe Schobert had a 32% share with only 1 solo.

The correct answer for production was Monty Rice. Monty, the highest draft pick of the three, had a 71% snap share with 7 solos, 5 assists, and 1 TFL. This was his best stat line, and snap share, of the year.

The Chargers and the Titans face off in Week 15, and the Chargers give up the second most points to opposing linebackers on the year. Monty was a highly productive college linebacker, and if he continues to get playing time, he should be worthy of playing if needed.

*All of this IF David Long is out again.

Coming off a bye, Jamin is criminally under-rostered. Cole Holcomb is out for the year, and over the past six games, Jamin has nine or more combined in three games, and five or six in the other three.

The Commanders face the Giants again in Week 15 (they faced off in the Commanders most recent game, Week 13), and in that game, Jamin had a 100% snap share with 7 solos, 3 assists, 1 TFL, and 1 fumble recovery (it was a full overtime game, for the record). He may not reach that level again this week, but he is a worthy a LB 3 or flex play.

We mentioned him a while back, but Elandon remains a quality, tackle-heavy (or balanced) league play. Over the past four weeks, he is tied for 22nd in solo tackles by linebackers with 22. He also has 4 assists, 2 TFL, and 1 sack.

The Dolphins are in a must-win spot against Buffalo in Week 15, with their playoff hopes hanging on by a thread. The Bills are second in points allowed to opposing linebackers, and he had 3 solos and 4 assists against them in Week 3 this year.

This level of being rostered is absurd. He has nine games in a row with a 100% snap share and has cleared 5 combined tackles in all but one of his games this year. Yes, it went to overtime, but he had 12 combined tackles against this same Giants team in Week 13. Kamren should be a DB 2 in most leagues.

Jimmie came back to the team from injury, for good in Week 7, and since then he has a 77% snap share with the following:

This Week 15 matchup with the Seahawks is turning into a must-win for Seattle to stay in the playoff hunt. Seattle already gives up the 6th most points to opposing safeties on the year. Ward should be rostered much more than he is, and is great injury fill-in, or depth, value right now.

Of the three safety plays, this is the one I like the least, but Tre’von has been a viable deep play the past few weeks. He has a 100% snap share the past five weeks and has at least 3 combined tackles in four of those five weeks.

The Patriots are 7th in points allowed to opposing safeties this year, and they face the Raiders in Week 15. Moehrig plays free safety most of the time which is not as kind to points, generally, as those playing strong safety. But he is generally available and an option in deeper leagues.

Over the past two weeks his snap share is 98.5%, and on the season 82.12% of his snaps have come as a wider cornerback. Week 15 has the Jets facing the Lions, and the Jets just gave up 4 solos and 5 solos, 1 assist to the two wide corners on the Bills. The Jets numbers to cornerbacks this year aren’t great due to Zach Wilson games, but have been much better with Flacco and White at QB. I think Jacobs is a great cornerback play this week.

In games that he started, and finished, Paye has a 72.17% snap share to go with these stats:

Clearly when he plays a full game, he plays well. He should be healthy going into Week 15 against Minnesota, and the Vikings give up the 5th most points to opposing defensive adds. He is a great play this week.

Over those past five weeks he has 10 solos, 6 assists, 2 TFL, and 1 sack. The Titans are 2nd in points allowed to opposing defensive ends on the year. He is not the most exciting play, nor a ceiling play, but if you need a deep play for the playoffs and are looking not to just take a zero, he should get you a few tackles.

Another deep play from the same game, just the other side of the ball. Demarcus has done alright this year, with 15 solos, 6 assists, 6 TFL, and 4.5 sacks. All of those TFL and sacks have come since Week 8. The Chargers are 3rd in points allowed to opposing defensive ends, so Walker makes for another play to look to if you need help in a deeper league for the playoffs.

Missing Weeks 7, 11, and 12 (Panthers had a bye in Week 13), Matt returned in Week 14. He has played well next to Derrick Brown when the matchup has been right, and we have a good one in Week 15. The Panthers play the Steelers, who give up the 4th most points to opposing defenses.

Matt has 4 or more combined tackles in 5 out of 10 games this year, and the Steelers are 4th in points allowed to opposing defensive tackles. This is a nice spot for Ioannidis, but he is still a deep, defensive tackle required, play.

You catch our 2022 NFL Week 15 IDP Waiver Wire Adds and all our other video content on YouTube. Be sure to subscribe and click the notification bell to ensure that you don’t miss any of our other great content. We have free IDP Rankings over on RotoHeat.com, and you can catch our IDP-Specific podcast on most podcatchers! You can also find me on Twitter.