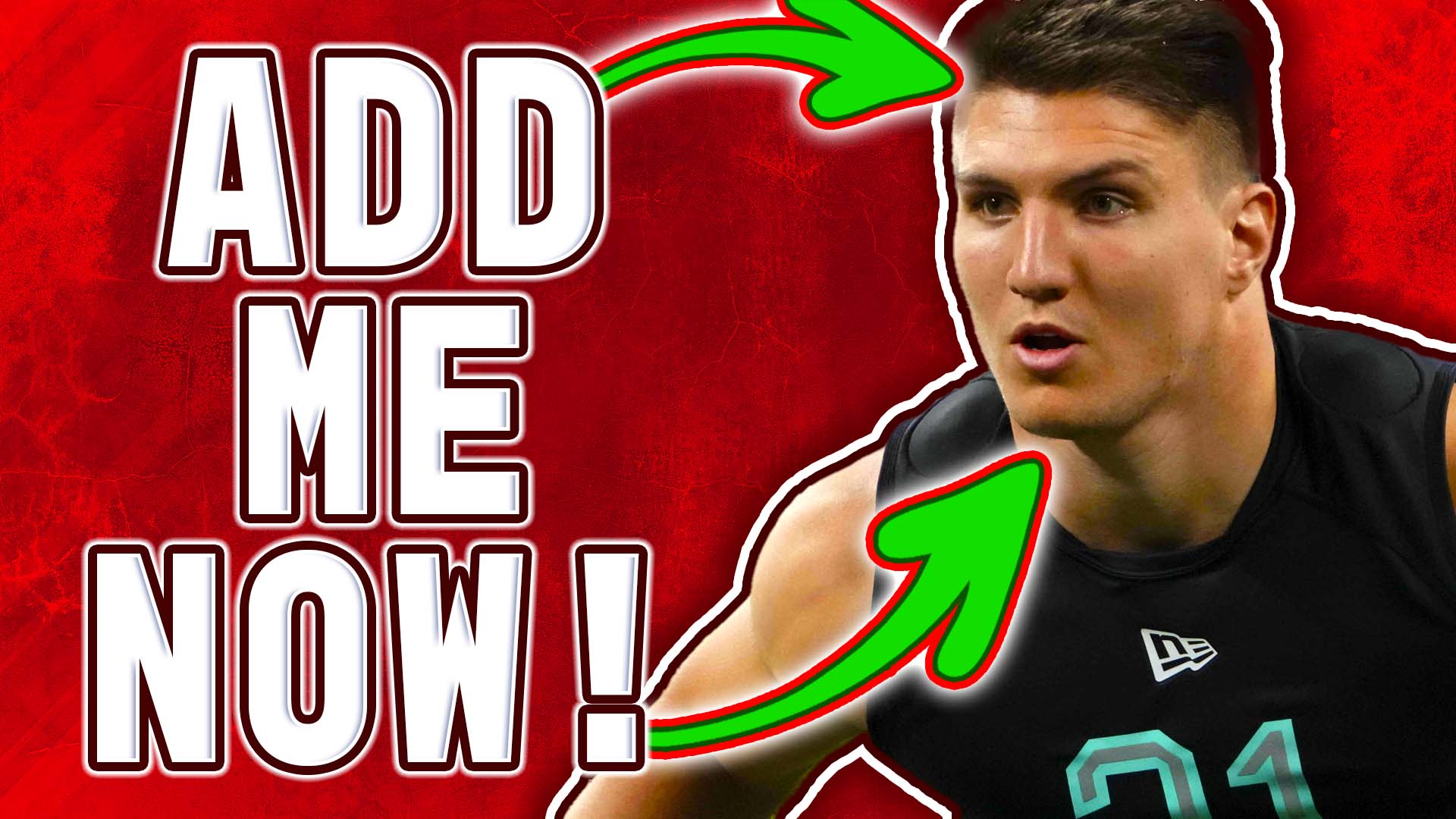 Thanksgiving is somehow just two weeks, and we have hit the double-digit NFL week numbers this week. They say time flies when you are having fun, but has this been fun this year? I mean yeah, we get to watch and enjoy football, but it was been what feels like a wilder, and crazier, year than normal.

What will Week 10 bring us? No one really knows, but if I was a betting man it probably won’t bring the return of Ronnie Lott to IDP prevalence. And now, let’s go to a clip.

I usually don’t have players on these lists more than one week of the year, but Blake is deserving of another mention here. Spoiler alert: He isn’t the only repeat player this week. Anyway, Divine Deablo left Week 9 with a cast on his arm and was placed on injured reserve today. The Raiders had their bye in Week 6, and since he started to play in games for the Raiders his snap shares have gone 10%, 23%, 31%, and 91% in Week 9. 8 solos and 3 assists is about what we are used to seeing from Blake when he gets a high snap share, and as long as Divine is out he is worth starting in most leagues.

What?! Another Raiders linebacker? Are you mad?! Perhaps, but both these guys are worthy starts if Divine is out. Since coming back from injury in Week 5 Denzel’s combined tackles have been 8, 6, 8, and 10 (their bye was Week 6 remember). Now his average snap share has been 67.25% in those four games, which isn’t great, but Denzel will get your tackles and not much else. He’s worthy of an LB3 or flex play as it is at the moment for most leagues.

Through the first seven games this year Jack’s highest snap share was 1.7% in Week 3. Week 8 his share jumped up to 22.4%. Week 9, with the trade of Roquan Smith, saw him skyrocket to 87.7%. He had 7 solos that game, he has decent PFF ratings for an undrafted free agent in the 2022 NFL draft, and the Bears appear ready to give him a shot to be their middle linebacker the rest of this year.

Dallas is coming off a bye in Week 9, but in Week 8 Damone saw his first action in a game this season. There was some doubt if he would play at all this year after having spinal surgery for a herniated disc this summer. Clark had a 50.6% snap share and ended with 1 solo and 4 assists. Clark is not a must-add, but he is worth an add now in deep leagues, and a watch elsewhere, as he brings a level of athleticism that neither Anthony Barr nor Leighton Vander Esch have. The 2022 5th round pick would have likely gone in the 2nd round if not for the back issue and he could be a big part of the Dallas defense as part of the playoff push.

A favorite of mine in the 2021 NFL Draft, Andre did not do much at all as a rookie. This year though he has been a starter from the get-go, and has a 98.84% snap share on the year. He has 34 solos, 14 assists, 5 pass deflections, 2 interceptions, and 1 touchdown. The Jaguars play the Chiefs in Week 10, who are right in the middle in terms of points allowed to opposing safeties, so he isn’t an optimal play, but his five tackles a game should suffice as a bye week or injury fill-in.

The Raiders safeties are a mess, which makes sense given the state of the entire team. Duron has been a starting safety for the Raiders since Week 2, with a 96.4% snap share from that week on. For the past two weeks, Trevon Moehrig has been the second main safety with a 97.1% snap share, while Johnathan Abram has a 40% snap share in that time.

Anyway, the past three weeks Duron has had 6, 4, and 8 combined tackles, and Week 10 brings the Colts. Who knows what QB the Colts will be playing after firing Frank Reich and somehow leaving Chris Ballard as GM. Former Colts center Jeff Saturday was hired to be the interim head coach, despite having no college or NFL coaching experience. Oh, and the Colts give up the 2nd most points to opposing safeties this year. I like Duron this week.

Yes I know, I am getting lazy with another duplicate player. That said his rostership hasn’t moved much, and it should. We mentioned him in Week 8, but he bears (coincidentally they just played the Bears) mentioning again. Brandon Jones was injured and left in Week 7. The Dolphins had a bye in Week 8 and in Week 9 against the Bears Rowe had a 77% snap share with 6 solos and 1 assist. The Bears are 7th in points allowed to opposing safeties, while the Browns (who the Dolphins play in Week 10) are 3rd. Rowe, Rowe, Rowe your fantasy boat on over and add him if you need safety help.

Rookie Roger McCreary has played more than Fulton this year, and has by far the better season going:

McCreary is more highly rostered though; if he is not in your league, grab him over Fulton. Either way, the Titans play the Broncos, who are giving up the 3rd most points to opposing cornerbacks on the year. Teams have had issues running against Tennessee all year and I don’t expect Denver to buck that trend, setting up a nice week for the Tennessee cornerbacks.

Dante is viable as an edge or defensive end, and even that will seem like a stretch. Fowler is sort of like Yannick Ngakoue: A one-trick, pass-rushing, pony. The Cowboys have the best pass rush in the NFL this year and players like Fowler have benefited from the pressure Demarcus Lawrence and Micah Parsons are forcing.

That stat line for the year does not create a lot of excitement, but it does show he can get you some big plays in the right matchup. The Packers are struggling big time while giving up a lot of pressure this year. I think this matchup is one Fowler will have a great shot to make some noise in.

The last repeat this week, I promise. Dre’Mont’s rostership is still way too low and he has been on a tear lately. He has at least half a sack in three of the last four weeks and 19 solos, 12 assists, 8 TFL, 5.5 sacks, and 1 forced fumble on a 78.62% snap share. Tennessee gives up the most points to opposing defensive ends this year, which makes this feel like a perfect spot to go grab Dre’Mont in the leagues where no one has been savvy enough to do so yet.

Watt?! How is JJ on a waiver wire add list?! Well, time catches up to us all and that includes Justin James Watt. JJ has played in more than 8 games just twice from 2016 to the present. 2018 was the last year he had more than 5 sacks in a season. This year he has the following stat line through 8 games:

He has at least half a sack in four games this year and the Week 10 opponent of the Cardinals is the Los Angeles Rams. The Rams are currently giving up the most points to opposing defensive ends. This feels like as good of a spot as we will get to hope for a throwback game for Mr. Watt.

Kenny Clark used to be a more prominent name in DT-required leagues but the lack of flashy plays lately seems to have soured some. Week 10 brings the Cowboys though, who are clearly committed to the run and give up the 5th most points to opposing defensive tackles. Kenny has an 80.26% snap share on the year and averages about 2 solos and 2 assists a game. I expect him to beat those averages this week.

You catch our 2022 NFL Week 10 IDP Waiver Wire Adds and all our other video content on YouTube. Be sure to subscribe and click the notification bell to ensure that you don’t miss any of our other great content. We have free IDP Rankings over on RotoHeat.com, and you can catch our IDP-Specific podcast on most podcatchers! You can also find me on Twitter.