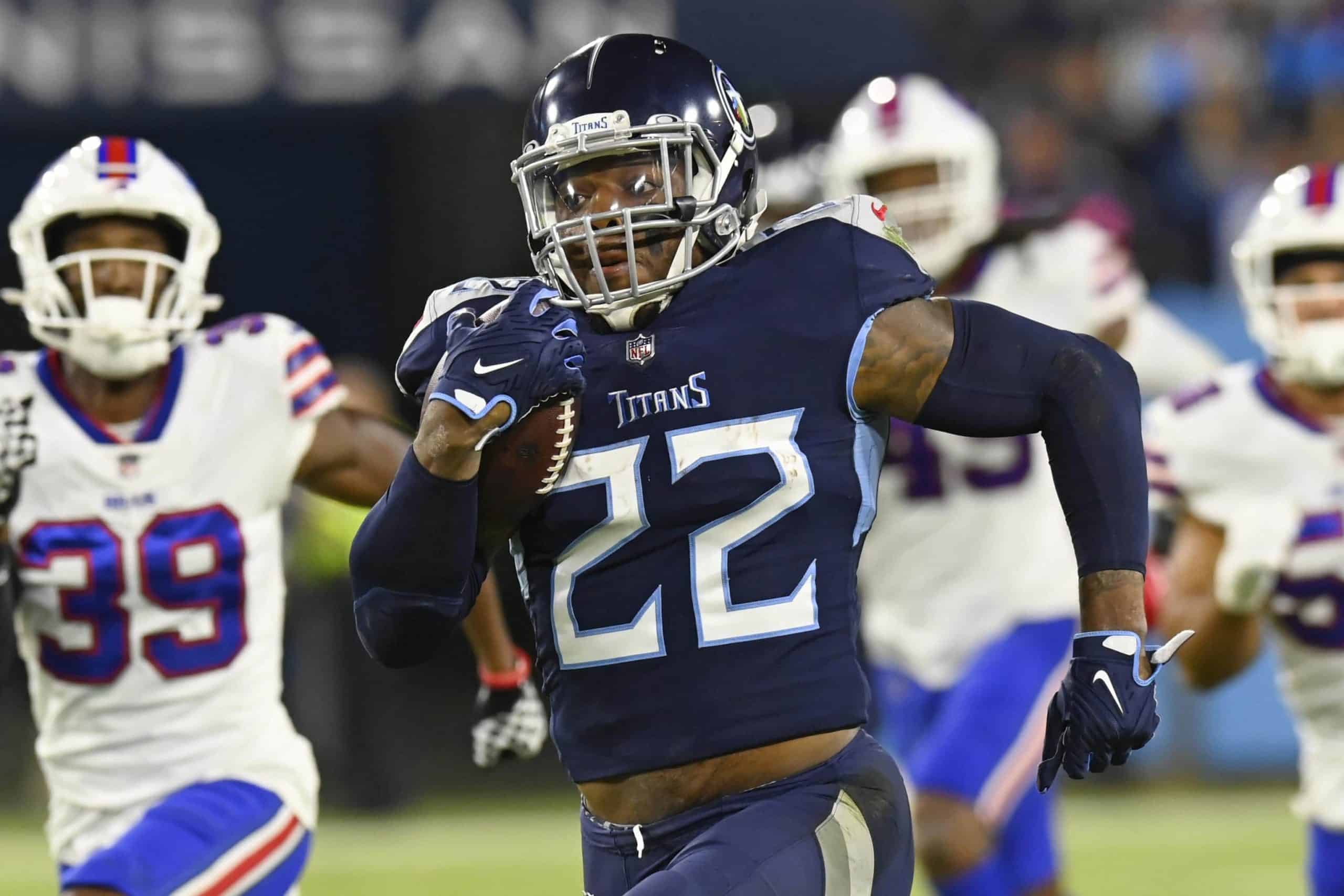 Back on July 29, 2021, I brought you Episode 141, 2021 Fantast Football Hot Takes. Today we recap those takes and see how I fared.  Keep in mind my takes were bold and the intent was really not to be correct.

I gave you two takes from each skilled position and without further ado let’s revisit starting with the QB position.

Lamar missed too many games and wasn’t nearly good enough in the 12 he played.  Kyler also missed time and for the second straight season was slowed by a mid-season injury.  In addition, he did not run nearly as much as he had in his previous two campaigns. Jalen Hurts also missed a pair of games and proved he is not a quarterback capable of a 4000-yard passing season, at least not at this stage of his career.

Simply put I overestimated the impact one more regular season game would have on the position in 2021. In 2020 the 12th highest scoring QB was Matt Ryan with 293.44 points in 4pt/passing TD scoring.  In 2021 with an extra game Ryan Tannehill was your QB12 with 282.36 points.  The QB position got worse in 2021 and there were 49 different QBs to post at least one top-12-week last season.

Drew Lock finished as QB42. His 52.88 points in parts of 6 games were 229.48 points shy No.12 QB Ryan Tannehill.  Clearly this one was way off and when the prediction was made I expected Lock to beat Teddy Bridgewater out for the stating job.  Had he, Vic Fangio might still have a job in Denver.

Derek Henry finished the season as RB22 with 193.3 PPR points.  Now before y’all blow up my twitter DMs screaming that is only because he got injured, injury probability was baked into the take.

All seven had their worst YPC of their career the season following their 2K season, and 5 of the 7 missed time with injury. As a result, they saw a decline in fantasy finish the season after the 2,000-yard season.

Derrick Henry for those keeping score at home, saw his rushing total decline by 1,090 yards, his 4.3 YPC was the worst of his 6-year career, and he became the 6th member of the 2000-yard club to miss time the season directly after the 2000-yard achievement.  I may not get many of these right, but I nailed this one.

Simply put I was way too high on Antonio Gibson and the entire Washington offense which we will touch on next.  I liked what I saw in 2020 when Gibson was the 4th highest scoring RB in Weeks 7-12 as a rookie.  I envisioned a Ryan Fitzpatrick led offense being good paired with a top defense. The reality, Fitzpatrick led the offense for less than a half and the defense for the majority of the season was garbage.  Gibson did not finish as the top scoring RB in PPR scoring, he finished at RB10 which if you rostered him probably wasn’t a problem.

Ryan Fitzpatrick was supposed to play for more than two quarters in 2021. Entering the 2021 season, Terry McLaurin had finished as a WR2 or better in 45% of his career games in PPR formats, and he had caught at least 1 pass from seven different players and six different QBs during his first two NFL seasons.

Back to Fitz, I said this back in July — In 2021, McLaurin will be catching passes from Ryan Fitzpatrick. Washington is Fitzpatrick’s 9th franchise, and the journeyman gunslinger is the best QB McLaurin has seen yet. Since 2010, “Fitzmagic” has started at least 9 games in 8 seasons, and in those 8 seasons his No.1 WR was Stevie Johnson (3 times), Kendall Wright, Andre Johnson, Brandon Marshall (twice), and Devante Parker. I would argue that McLaurin is better than all these WRs when you take into consideration the point in their careers in which they played with Fitzpatrick.

In those 9 starts, his No.1 WR saw at least 128 targets, seven times the WR had at least 72 receptions, six times they topped 1,000 yards, and 3 times they scored 10 touchdowns. Simply put, 2021 is Terry McLaurin breakout time.

It wasn’t Terry McLaurin breakout time; it was Ryan Fitzpatrick break hip time.  The Commanders (first time I have got to use that nickname), just didn’t produce to the level I thought they would with Taylor Heinicke under center.

McLaurin ended up finishing as WR25 averaging 12.6 PPR points a game.  At times it looked like Heinicke hated his No.1 WR.  In his previous two seasons, Terry finished as WR29 and WR20, averaging 13.7 and 14.9 PPG.  In two more games in 2021 versus 2020, McLaurin saw his targets decline by 4 and his receiving yards decline by 65.  I would anticipate that the Commanders target the QB position this offseason and I would also suggest you go buy shares of Terry McLaurin.

Hot Take number 2: Julio Jones and A.J. Brown will both be top-12 fantasy wide receivers in 2021 and Julio will finish with more fantasy points than A.J. Brown.

This take was a brutal one. A.J. Brown finished as WR32 averaging 13.9 PPR points in 12 games, and Julio Jones came in at WR92 averaging 8.0 PPR points a game. Brown was WR27 in points per game and Julio was a non-factor in the games he played.  Had AJ Brown played in all 17 games in 2021 he would have finished at WR19.  Had Julio played in all 17 games he would have finished at WR52.  I still believe Brown is a top-10 WR, Julio Jones however, I am afraid is washed.  Buy AJ Brown and get whatever someone might give you for Julio Jones.

Adam Trautman – 43 targets (5th), 27 receptions (5th), and finished at TE38.  Simply put this was a bad take.  Trautman was limited by injury and appeared in just 11 games.  Still his 5.8 points per game were nowhere near what was required of a top-8 TE. Dallas Goedert who averaged 11 points per game and finished as TE8 put up nearly double Trautman on a weekly basis.

Hot Take number 2: Kyle Pitts will have the best rookie TE season in league history and finish as a top-3 Fantasy TE.

I took quite a bit of heat from my RotoHeat teammates for ranking Kyle Pitts as my 1.01 last season ahead of Ja’Marr Chase, and Najee Harris.  After one season all indications are that I was wrong.  Chase had an amazing rookie year finishing at WR5, and Najee was the RB3 behind one of the worst offensive lines in the league. Kyle Pitts for the record was TE6.

Now he didn’t have the best rookie TE season in the history of the league. Pitts fell 50 shy of Mike Ditka’s 1076 yards in 1961.  Ditka it should be pointed out played three less games than Pitts. Pitts’ 68 receptions were third best in league history for a rookie TE behind Keith Jackson’s 81 in 1988 with the Eagles and Jeremy Shockey’s 74 as a member of the Giants in 2002.

Ditka scored 12 times in ’61, Pitts somehow only scored once in 2021.  Of the top-25 rookies in terms of receiving yards in league history Pitts’ 1 score ranks 25th. The other 11 top-12 TEs in 2021 averaged 6.3 touchdowns on the season, and the only other TE to score less than 4 times was Miami’s Mike Gesicki who found the end zone twice last season.

Kyle Pitts posted 176.6 PPR points in his rookie season, third all-time behind Ditka’s 235.60, and Keith Jackson’s 203.90.  He recorded the best rookie TE season in 33 years. Pitts should find his way to the top of TE dynasty rankings as soon as 2022.  I am not quite ready to consider my 2021 rookie ranking wrong just yet.