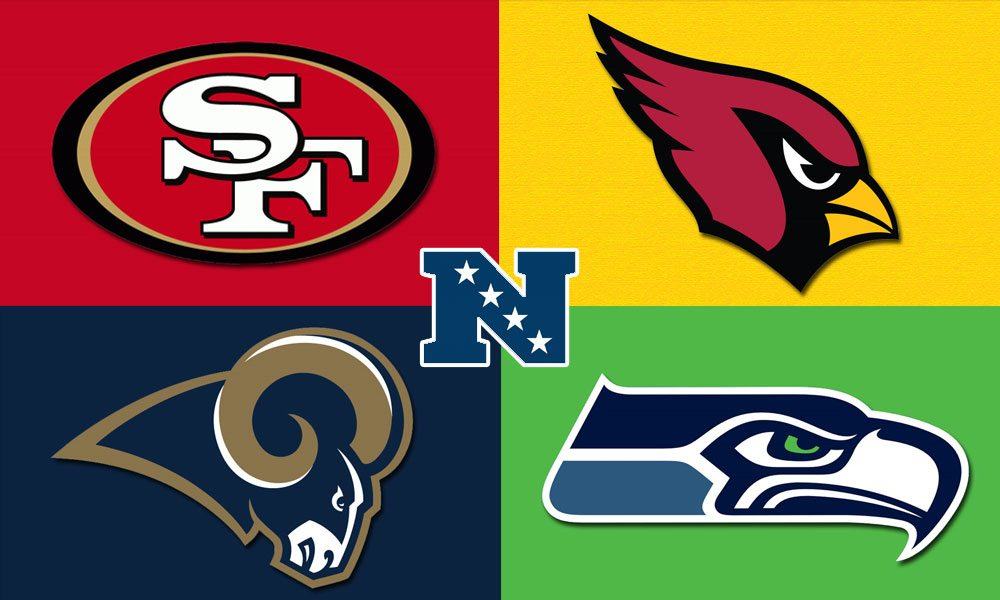 The past three seasons, I have written an 8-part divisional series piece titled; Buy, Sell, Take the Flyer.  Approaching the 2021 season, I am happy to bring you the fourth annual installment of this series.

As for the flyer, these are gut feels on players deeper down in ADP that you are likely selecting in the late rounds of start-up drafts or perhaps in some cases, guys you will find on your league’s waiver wires.

We kick off the 2021 Buy Sell Take the Flyer Series – with the NFC West.

James Conner joined the Arizona Cardinals this offseason, placing him in a committee with fellow back Chase Edmonds. This ambiguous backfields gives Conner upside as a No. 3 running back that I would be comfortable drafting as early as Round 5.

Conner has been more efficient as a pass catcher than Edmonds, but the expectations is that Conner will handle the early down and short yardage work while Edmonds works more in the passing game. Kliff Kingsbury’s offense has produced 34 running back touchdowns over the past two seasons, giving Conner top-15 upside, and making him an easy buy at his current ADP.

Players I am selling

I have to start this one off by saying I am a huge Kyler Murray fan. Kyler Murray will be one of the first three or four quarterbacks taken in every draft, as he should be. What I am not a fan of is drafting a QB within the first four rounds of the draft. I have Kyler ranked 51st overall and as my QB4.

Entering 2021, Kyler has QB7, and QB2 finishes on his resume, and he possesses QB1 overall upside. The addition of James Conner in my opinion will limit Kyler’s red zone rushing attempts. Nine of Murray’s 11 rushing scores came within the red zone in 2020. Kyler will once again be a top-5 QB barring injury. At his current ADP, I will pass and take my chances on a quarterback in the later rounds.

They call this take the flyer for a reason folks. Green is now a member of the Arizona Cardinals and Kliff Kingsbury’s Air Raid offense. As a result he has bounceback potential. To be clear his days of being an elite wide receiver are long gone, but in the 14th round he is worth the dart throw.

With Gerald Everett moving on to Seattle, Tyler Higbee’s stock has risen yet again. In addition the Rams massively upgraded the pass game with the addition of Matthew Stafford at QB. Higbee is in prime position to play every down and catch better throws than in the past, yet somehow his ADP is still in the late 10th round and he is coming off the board as TE16.

The last time we saw Tyler Higbee on the field without Gerald Everett, was in the later portion of the 2019 season. All Higbee did in those games was average 11 targets, 8.6 receptions, 104 yards and .4 touchdowns a game. He was TE1 overall in those five weeks and out scored both Travis Kelce and George Kittle by over 23 PPR points. Those numbers by the way came with Jared Goff as his QB. Tyler Higbee has top-6 TE upside if not higher in this Rams offense and at TE16 he is an absolute steal.

When Cam Akers was lost for the season due to his Achilles injury, all eyes turned to Darrell Henderson, and rightfully so. The Rams primary RB has been fantasy gold for years. Todd Gurley, C.J. Anderson, and at times Cam Akers, Malcolm Browns and Henderson all produced at a RB1 level.

At first glance I was all in on Henderson in 2021. Upon further review I am no so sure he will in fact be the primary ball carrier. Henderson was drafted in the third round in 2019, and the Rams thought so highly of him that they added Akers in the second round of 2020. Last season before the emergence of Cam Akers, Henderson and Brown basically split the workload.

Playing the role of Malcolm Brown in the Rams backfield in 2021 in my opinion is Xavier Jones. Henderson will be the starter but I do not see him getting the volume required to give you a positive return on your draft investment at his current ADP.

Jones can play, and I believe he has a role in this offense. He could be passed on the depth chart by 2021 7th round RB Jake Funk, who has some pretty nice college numbers of his own. The presence of Funk is what makes Jones a flyer currently with an ADP that has him going undrafted, he’s a player I happily will take a shot at.

I believe it’s fair to say that Aiyuk exceeded expectations as a rookie. I also believe that we didn’t get a true look at the Niners’ offense firing on all cylinders. QB Jimmy Garoppolo missed 10 games, WR Deebo Samuel missed 9, and TE George Kittle missed 8. Garoppolo, Samuel, Kittle and Aiyuk appeared in the same game three times in 2020.

In those three contests, Aiyuk saw 16 targets that he turned into 11 receptions for 171 yards and a touchdown. The bulk of the work came in Week 8 versus Seattle (7 targets, 6 catches, 115 yards, and a touchdown) after George Kittle left with an ankle injury.

In my opinion, Brandon Aiyuk is the best wide receiver on his team and a player that likely sees the second most targets in 2021 behind Kittle. The other wildcard when evaluating the San Francisco offense is the QB. The Niners moved up to 3rd in the recent NFL Draft to select QB Trey Lance, and it is unclear as to when he will make his first NFL start. Regardless of QB, Aiyuk has top-15 WR upside and is a value I am buying at WR25 in the 5th round.

George Kittle is one of my favorite TEs to roster in fantasy football. He is a beast of a player and so enjoyable to watch. This is all about opportunity cost and comparative value. I simply can not spend a top 36 pick on a TE not named Travis Kelce or Darren Waller.

Oddly enough, selling George Kittle at his current ADP has very little to do with George Kittle himself. Kittle is an elite TE, but there are other TEs available later in the draft that based on their acquisition cost are more attractive. Mark Andrews (ADP 49), T.J. Hockenson (ADP58), combined with my alternative in round three are in my opinion more attractive and a better overall value.

The player coming off the board in ADP prior to Kittle is A.J. Brown, and the player coming off the board after Kittle is Keenan Allen. To be completely honest I prefer both of them over Kittle especially considering I can wait on TE and select T.J. Hockenson 32 picks later. I love Kittle and if healthy he can compete for TE1 overall. I just love the combined value of a high end WR in round three and a TE later more.

Trey Lance has the potential to take Kyle Shanahan’s offense to the next level. The challenge in drafting Lance is we don’t know when he is going to get the chance to start. The reality is when you trade up to 3rd overall its just a matter of when he gets the chance, versus if he gets the chance. I believe that Trey Lance is the Niners starting QB in Week one. With that in mind this is one of the easier fliers for me.

Lance is certainly not without risk, if he was he wouldn’t be in this category. First off he has a total of starting just 17 games at North Dakota State. Lance is famously known for a 2019 season that featured 28 passing touchdowns, 14 rushing touchdowns, 1,100 rushing yards and zero interceptions. He’s a bright guy with excellent size, arm strength and athleticism.

Fantasy managers have learned to crave quarterbacks who are willing to pick up chunks of yards via the run, and Lance is exactly that. If he lands the starting job by the end of the preseason, he will be the hottest breakout quarterback pick in Fantasy Football. If not, he’ll still be a popular late-round stash for when he goes get the chance to play. His upside is immense, perhaps greater than that of fellow rookie Trevor Lawrence. He’s worthy of a late pick in seasonal redraft league, and he is a flyer I will take every chance I get.

Chris Carson is a really good value at his current ADP. I know there are fantasy managers that are not comfortable with Carson as their RB2, personally I am fine with him being my RB1. If you like to draft with a modifies zero RB mentality Chris Carson is your man. Carson figures to remain the primary rusher for the Seahawks, a team that enjoys running the football.

There are a lot of indications that Chris Carson has high upside this season. First off the Seahawks brought their free-agent running back, back on a 3 year, $24.625 million deal. Secondly there really isn’t much in terms of backfield completion here. Rashaad Penny is next man up, he is coming back off a major knee injury and has proven to be ineffective when given a chance. The same can be said for Travis Homer and DeeJay Dallas.

None of these backs are pushing Chris Carson aside anytime soon. Should Seattle do the right thing and let Russell Wilson cook in 2021, Carson has proven he is an effective pass catcher as well. Regardless of teh Seahawks game plan, I am buying Chris Carson in the back of the third round all day everyday.

DK Metcalf had himself a very solid rookie season, 900 yards, 7 TDs, and a WR33 finish. He had an even better sophomore campaign 1,303 yards, 10 touchdowns and a WR7 finish. Metcalf is another player I really like with an ADP that I don’t. The Seahawks are a wildcard when it comes to play calling and that itself makes D.K. a risky second round pick.

Weeks 1-8 Wilson threw on average 36.6 passes a game, and in weeks 9-17 that dropped to 33.6. Not a huge drop off but the decline coincided with a lack of productivity for Wilson, Metcalf and the rest of the Seahawks offense. At pick 19 and WR5, I need consistency, and I would rather add Calvin Ridley, Antonio Gibson and perhaps even Darren Waller, despite my love for DK. As a result he is a sell.

The Seattle Seahawks signed TE Gerald Everett to a one-year $ 6 million deal in free agency this offseason. Joining Everett in Seattle this season is Shane Waldron, the Seahawks new Offensive Coordinator who previously was the TE coach with the Rams.

Everett’s arrival in Seattle provides some optimism, particularly since his tall, athletic frame may very well fit in with the rest of Russell Wilson’s targets. Everett increased his receiving yards in each successive season with the Rams — going from 244 yards as a rookie to 320, 408, then finally 417 yards as of last season — but never fully developed as LA’s coaching staff and front office had hoped. I am willing to take the flyer that Everett in Seattle takes the next step and that he is the perfect late round TE to target in 2021.