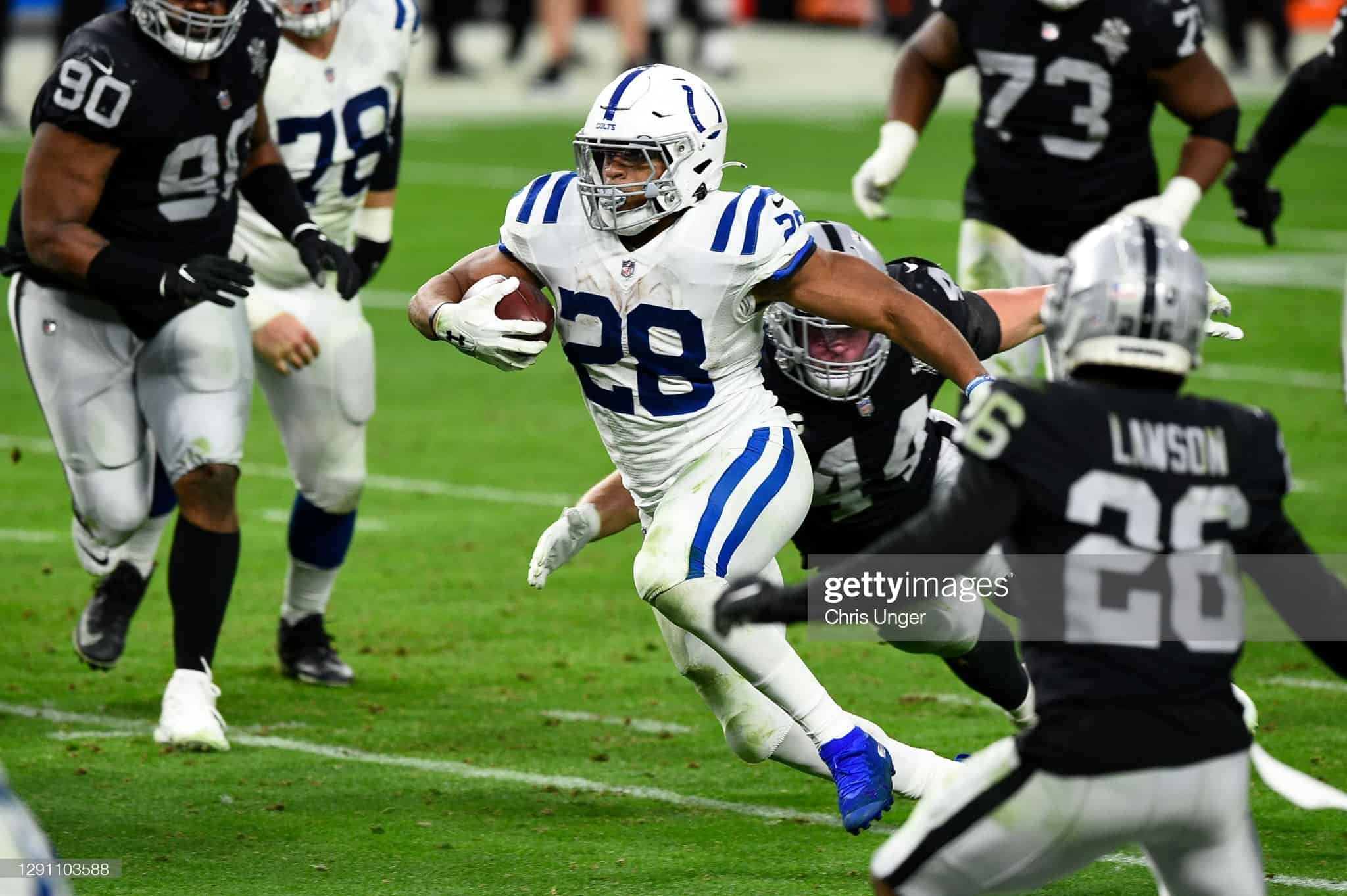 The leap from college football to the NFL is not easy by any stretch of the imagination. While some positions like running back have easier transitions, all rookies have to adjust to facing bigger, faster, and stronger opponents. On top of that, they also have to learn a new playbook and system that is likely different from the one they were used to in college.

The preseason is typically their chance to adapt and get used to the next level of play before the real season begins. Needless to say, an offseason with no field time until August, and no preseason, will cut significantly into the much needed experience these rookies will acquire. Expect the rookies, even the so called “can’t miss” guys, to start off slower than their fantasy managers are hoping for.

The 2020 Fantasy Rookie Tracker follows the fantasy production of the 2020 Rookie class and compares their results to the RotoHeat team’s consensus Dynasty Rookie Rankings. In the initial installment of this season long series, I took a look at the Top-20 ranked rookies, list their projections, and give you my thoughts on their match-up.

As the season progresses, the rookies will be re-ranked based on their year-to-date performance. We then review their previous week and take a look at the week to come as we follow this draft class that comes with so much hype and promise.

Justin Herbert completed 36-of-44 passes for 243 yards with two touchdowns and an interception in the Chargers’ Week 14 win over the Falcons. Coming off his two worst starts, this was closer to the Herbert we saw earlier in the year, but it is the third straight contest that Herbert has failed to hit 20 fantasy points. Herbert is one of only four quarterbacks to throw for at least 25 touchdowns in their first season. Facing the Raiders in Week 15, Herbert remains a viable starting option in your Fantasy Semi-Final.

James Robinson rushed 12 times for 67 yards in the Jaguars’ Week 14 loss to the Titans, adding four receptions for 16 additional yards. With Mike Glennon struggling early, it was was hard for Robinson to get anything going. Thankfully that changed after Gardner Minshew was brought in. This one had the potential of being a big one for Robinson who lost 44 yards and a touchdown to penalties. With 67 yards Robinson went over 1,000 yards rushing on the season. Robinson’s schedule is about to toughen up, in @BAL, vs. CHI, to round out the fantasy season. The volume will remain RB1 on a weekly basis, but the output could be more RB2 . Minshew being named the starter for Week 15 helps.

Justin Jefferson caught 4-of-8 targets for 39 yards in Minnesota’s Week 14 loss to Tampa Bay. This one was a disappointment for Jefferson, who failed to score a touchdown for the first time since Week 10, and his fantast managers. Jefferson still doubled up Adam Thielen (3/39) in targets (8-4), leading the Vikings with a team-high 21.6% target share. The rookie also finished with his fewest receiving yards since Week 8 — proof this performance is an outlier to an otherwise outstanding first-year campaign. Jefferson can still be trusted as a strong WR2 in Week 15 against the Bears.

Antonio Gibson missed Week 14, as a result of the toe injury he sustained on Monday night in Week 13. Hopefully we see him again soon as the rookie was red hot prior to the injury. If he is to get back for Week 15, he will face a Seattle Seahawks defense that has been better of late but remains a favorable matchup.

Joe Burrow remains on IR and will miss the remainder of the 2020 season after tearing his ACL and MCL in Week 11.

Chase Claypool caught 3-of-6 targets for 15 yards in Week 14 against Buffalo. Claypool’s downward trend continued this week, with the 15 yards his second lowest of the season. His six targets were behind both JuJu Smith-Schuster (7) and Diontae Johnson (7). Claypool remains a boom/bust WR option. He’ll have a favorable Week 15 matchup with the Bengals to help get him back on track. If you have a safer option I suggest taking it in your semi-finals.

Jonathan Taylor rushed 20 times for 150 yards and two touchdowns in the Colts’ Week 14 win over the Raiders. Taylor has now totaled 241 yards and a pair of score in the past two weeks on 33 carries. He has added in 5 receptions for 59 more. With his production in recent weeks, Taylor has entered the RB1 picture. The Colts will be home favorites against the Texans’ porous run defense next week, a defense that Taylor totaled 135 yards on in Week 13.

Clyde Edwards-Helaire rushed 16 times for 32 yards in the Chiefs’ Week 14 win against the Dolphins, adding five catches for 59 yards. CEH struggled mightily on the ground, averaging two yards per carry. He saved his day with pass game involvement, drawing six targets, the third most on the team. Edwards-Helaire played well ahead of Le’Veon Bell. If this sort of usage holds up, Edwards-Helaire could be considered a RB2 option in Week 15 against the Saints.

Tee Higgins caught 5-of-8 targets for 49 yards in the Bengals’ Week 14 loss to the Cowboys. Higgins has five catches in three straight games with Brandon Allen/ Ryan Finley under center, but those 15 grabs have amounted to 149 yards and one touchdown. Higgins played through a tight hamstring but appeared to avoid setbacks and should be good to go as a WR4 with some theoretical upside next week against the Steelers. Higgins is another WR that if at all possible I will avoid in Week 15.

CeeDee Lamb caught both of his targets for 46 yards in the Cowboys’ Week 14 win over the Bengals. I didn’t have high aspirations for Lamb in this one, but I certainly expected more production that this. The two targets were a season low, and he’s yet to top 71 yards in a game since Dak Prescott’s injury. The ceiling has been lowered considerably with Andy Dalton under center, and Lamb has just two touchdowns since Week 4. Lamb will be a low-floor WR4 next week against the 49ers. Once again avoid of possible.

Brandon Aiyuk caught 10-of-16 targets for 166 yards in the 49ers’ Week 14 loss to Washington. Aiyuk dominated targets, with the next closest 49ers pass catcher seeing seven targets. Deebo Samuel hurt his hamstring during the team’s first possession, leaving Aiyuk as the entire passing game. Deebo’s injury is reportedly one that could keep him out for a while. Aiyuk, who came into Sunday’s game with a 28 percent target share over his previous four games, should be in all fantasy lineups going forward. He’s a WR1 play in Week 15 against Dallas.

D’Andre Swift rushed seven times for 24 yards and one touchdown and caught 4-of-5 targets for 26 yards in the Lions’ Week 14 loss to the Packers. The fantasy points are nice, despite the ugly stat line. After missing the previous three games with a concussion and illness, it was simply nice to have Swift’s available again. Swift appeared to escape this one unscathed and could be in line for a larger share of the snaps next week against the Titans in a juicy on-paper matchup. Swift should be considered a RB2 with upside in Week 15.

Jerry Jeudy caught 2-of-4 targets for 42 yards in Week 14 against the Panthers. Jeudy has just six receptions to his name over the Broncos’ last four games, with this 42-yard total being his highest for a single game in that span. Jeudy and Drew Lock’s talents aren’t meshing route now for fantasy purposes, and it is likely best if he is left on your bench for Week 15. Jeudy ranks extremely high on my dynasty shopping list when looking to buy entering 2021.

J.K. Dobbins rushed 13 times for 53 yards and one touchdown in the Ravens’ Week 14 win over the Browns. Following a Tyus Bowser interception in the third quarter where he was tackled at the one-yard line, Dobbins punched in the touchdown from the goal line. His 13 carries led the team over Lamar Jackson (9) and Gus Edwards (7) while Mark Ingram didn’t touch the ball. Dobbins wasn’t targeted in the passing game. Dobbins has double-digit carries in five of the last six games and has a rushing score in three straight. He’ll be an upside RB2 for Week 15 against the Jaguars.

Gabriel Davis caught 3-of-8 targets for 19 yards and a touchdown in Week 14 against the Steelers. Davis was left wide open in the end-zone for his touchdown. He could have had a better night, but was overthrown by Josh Allen on what would have been a 50-yard TD. Davis has at least 65 yards and a touchdown in three straight weeks and has been a near every-down player with John Brown on IR. Davis will look to extend his scoring streak to four games with a matchup with Denver in Week 15. Davis offers some flex appeal if you are in the desperate side of things in Week 15.

Laviska Shenault caught 6-of-11 targets for 49 yards in the Jaguars’ Week 14 loss to the Titans. Shenault also added a two-yard rush. The 11 targets were a new career high for Shenault as Mike Glennon and Gardner Minshew combined for 54 attempts in a game the Jags were losing 31-3 early in the third quarter. He still finished under 50 yards receiving for the sixth straight game. Shenault has shown enough to remain an exciting Dynasty league hold, but he is unlikely to flip any re-draft matchups over the final two weeks of the season as the Jags deal with a tough schedule, beginning with the Ravens in Week 15.

Darnell Mooney caught both of his targets for 22 yards and one touchdown in the Bears’ Week 14 win over the Texans.
Mooney played in three-receiver sets next to Allen Robinson and Anthony Miller. His two targets were disappointing, but the TD catch saved the day. Mooney has been quite the find for dynasty managers this season, nothing else.

Tua Tagovailoa completed 28-of-48 passes for 316 yards, two touchdowns, and an interception in the Dolphins’ Week 14 33-27 loss to Kansas City, adding six rushes for 24 yards and a score. Tua makes his first appearance of the season in the top 20 rookie scorers. Tua also went over 300 passing yards for the first time as a pro and is averaging 306 passing yards in his last two starts. Tua lost DeVante Parker, Jakeem Grant and Mike Gesicki in this one to injury. His Week 15 matchup against New England isn’t all that appealing, especially if all those weapons remain on the sidelines.

KJ Hamler caught 2-of-3 targets for 86 yards and two touchdowns in Week 14 against the Panthers. The second-round rookie roasted Panthers Rasul Douglas on both scores – the first just on a simple outside release and the second on a deep post over the middle of the field. Hamler will be a low-end WR4 consideration against the Bills in Week 15. With his lack of target volume starting him is extremely risky.

Cam Akers rushed 29 times for 171 yards in the Rams’ Week 14 win over the Patriots, adding two receptions for 23 additional yards. Akers’ takeover of the Rams’ backfield is complete. He out-touched Darrell Henderson and Malcolm Brown a combined 31-2. His 194 yards from scrimmage were the 12th most by any player all season. It was a flat dominant performance. The Jets are a dream Week 15 matchup, one that will have Akers in the RB1 mix. Cam Akers if you were patient, is a league winner.