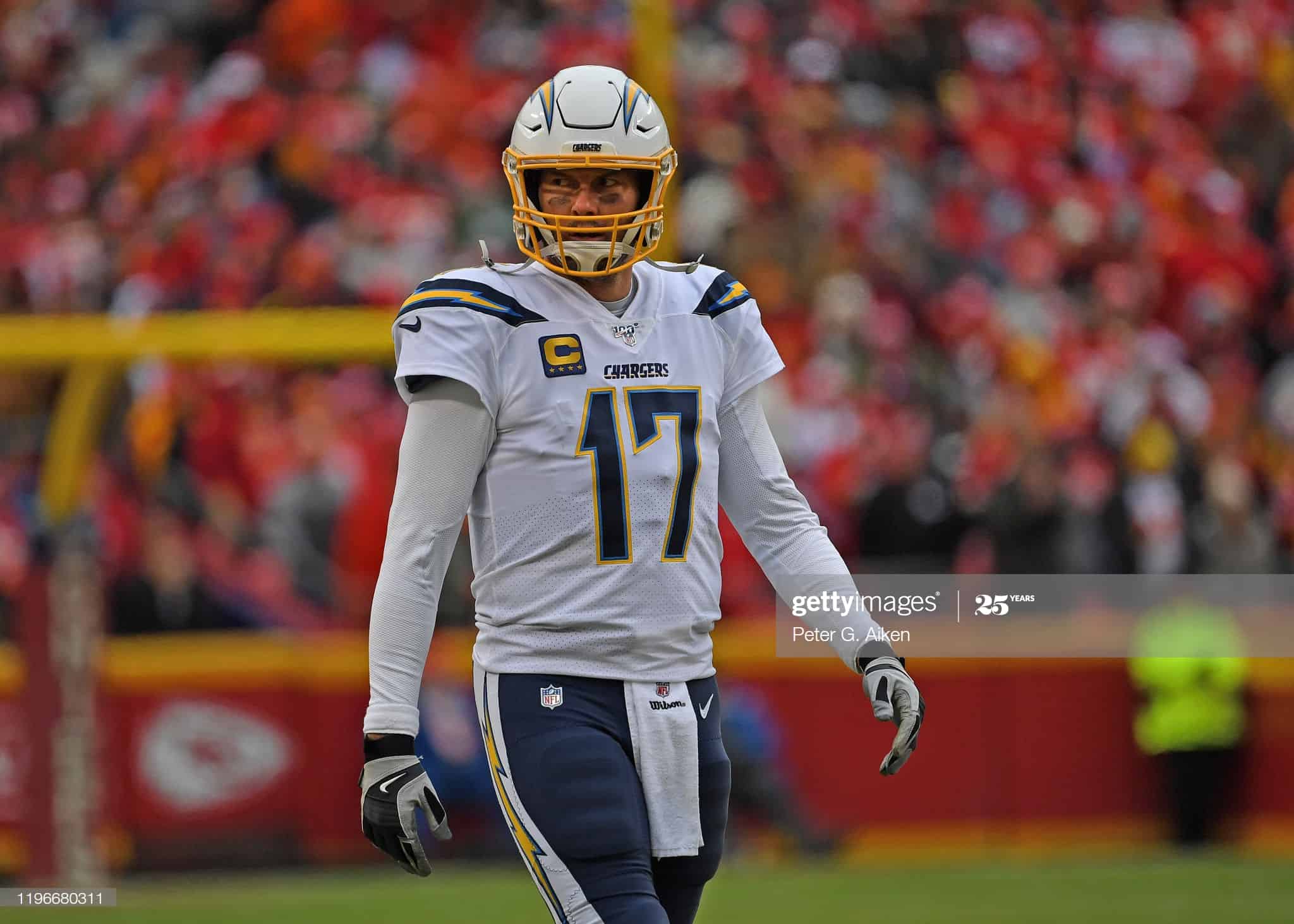 The goal for everyone participating in Fantasy Football should be to win your league.  We all want the best possible roster, and one of the ways to ensure this is to target and draft the 2020 Fantasy Football Undervalued Players.

In order to identify the undervalued players, you need to be prepared.  Having a plan entering your draft will separate you from the more casual fantasy managers in your leagues.  Utilize tools such as cheat sheets that contain rankings, tier-based rankings, and ADP values to help determine your personal rankings, tiers, and value plays.

You are going to be more successful on draft day if you can avoid following your league’s recommended ADP and focus on your rankings and tiers instead.  The effect that Average Draft Position (ADP) has cannot be understated. Whether we like it or not, when we see a player sitting atop the draft board it becomes difficult to ignore them until they are selected.

ADP is the average position that any given fantasy football player is selected. It is supposed to provide a general idea of a player’s value. However, the majority of ADP when you are drafting, unless your draft is late, is calculated by preseason mock drafts.  ADP is also fueled by the casual fantasy mangers.  These managers typically drive the value of recognizable players ADP.

Another area where the ADP can prove to be misleading is if you are at all like me and utilize mock drafts to test draft strategies.  On numerous occasions I have drafted a QB or TE early to gauge the impact on the rest of my roster, or I have gone zero RB or zero WR to see how my roster would look.  Each time I do this I am typically taking a player in a spot that I normally wouldn’t and letting a player I normally would select fall down the board.

This impacts both of the player’s ADPs and creates discrepancies in a players value causing him to be either overvalued or undervalued.

Matthew Stafford entered 2019 going undrafted in the majority of 1QB leagues.  Prior to a season-ending back injury, Stafford was QB9 through 8 games and was on pace for the best statistical season of his career.  through his first 8 games, Stafford was averaging 21.45 points per game in 4pt passing TD leagues.

A year ago, the Lions were a bad football team with a weak defense.  Entering 2020, nothing has really changed.  He is a solid value as the 13th ranked QB. With Kenny Golladay, Marvin Jones, and T.J. Hockenson available around the end zone, we can realistically pencil him in for a 30+ TD season, provided he remains healthy in 2020.

Philip Rivers is shaping up to be the hill I am willing to die on in 2020.  Clearly, I do not agree with most in the industry that Rivers is washed and not worth owning on your fantasy team.  In 2020, Rivers finds himself behind one of the league’s best offensive lines–something that he is certainly not used to. The added protection, and more importantly time to pass, will dramatically cut down on his tendency to throw an interception.

Last year, Rivers attempted the 4th most passes of 20+ yards in the league, but he completed only 27-of-79 of them. Nine of those attempts were picks, which led the league. In 2020, Rivers enters an offense loaded with weapons and with a Head Coach and Offensive Coordinator that know him well and know what they are getting.  Rivers is the perfect QB to wait for in 2020.  He won’t be a top 10 QB, but he is a QB that you will be able to start most weeks.  With an ADP that has him coming off the board in round 13, Rivers is a 2020 Fantasy Football Undervalued Player.

The Jags were bad last year, and the good news for fantasy purposes is they are likely even worse this year.  Gardner is going to have to throw a ton, and barring injury he’s the man to start all 16 games in Jacksonville in 2020.  If you are into drafting a second QB, Minshew is a ridiculous value compared to his current ADP.

CINCINNATI, OHIO – DECEMBER 01: Le’Veon Bell #26 of the New York Jets runs with the ball during the game against the Cincinnati Bengals at Paul Brown Stadium on December 01, 2019 in Cincinnati, Ohio. (Photo by Andy Lyons/Getty Images) 2020 Fantasy Football Undervalued Players

What a difference a year makes.  This time last season I was shouting from the roof tops that Bell was not a top-12 RB and that you should avoid him at his first-round value.  In 2019, Le’Veon Bell proved me right.

His offensive line was laughable in 2019 and has been improved in 2020.  His quarterback play should be improved in 2020 and the stacked boxes should be reduced.  Bell will be better this season, and he is currently coming off the board at RB18. That is too low.  Le’Veon is a great example of how my opinion changes in regards to value.  Overvalued or undervalued has nothing to do with my opinion of the player and everything to do with the player vs. his ADP.  Bell is undervalued entering 2020.

Mark Ingram is an undervalued running back heading into 2020. The Ravens selection of JK Dobbins and Ingram’s age have led to many devaluing him after a top-12 finish in 2019.  He is not a top-12 RB in 2020, but he is one of my 2020 Fantasy Football Undervalued Players, nonetheless.

The Ravens are the most run-heavy offense in football. While Dobbins may represent the future in Baltimore, the present belongs to Mark Ingram, especially early in in the 2020 season. He will continue to play a huge role in one of the league’s best offenses in 2020.

People seem to forget how talented a runner Jordan Howard is.  It is interesting to me how he gets punished so much for his lackluster ability to catch the football.

INDIANAPOLIS, INDIANA – NOVEMBER 25: T.Y. Hilton #13 of the Indianapolis Colts runs the ball after a catch in the game against Miami Dolphins in the first quarter at Lucas Oil Stadium on November 25, 2018 in Indianapolis, Indiana. (Photo by Andy Lyons/Getty Images) 2020 Fantasy Football Undervalued Players

T.Y. Hilton has proven to be a very quarterback dependent wide receiver in his career.  He is an undeniable talent that excels with a QB like Andrew Luck and not so much with a QB like Jacoby Brissett.  That take is not exactly as hard as splitting an atom, but the reality here is a new quarterback lies in wait for Hilton heading into 2020, and it’s a QB that he will benefit from.

Philip Rivers will team up with Hilton on enough big plays to make him a valuable addition to your fantasy lineup – relative to where other fantasy owners are valuing him. Hilton has dealt with injures the past few seasons and is a bit of a high-risk, high-reward kind of WR.  I like the reward, and I am willing to take the risk.

When you look up undervalued in the Fantasy Football dictionary, you’ll find a picture of Marvin Jones Jr. Playing in the shadow of Kenny Golladay, Jones continues to fly under the radar and maintain productivity each and every year.

If Matthew Stafford and Jones can stay healthy, Jones will be a high-value WR2 / WR3 type of player for your fantasy team. His current WR4 ADP value makes Jones a 2020 Fantasy Football Undervalued Player.

Anthony Miller possesses a ton of talent and a ton of work ethic. Injuries and Mitch Trubisky have prevented the WR from reaching his fantasy potential. In 2020, if he remains healthy, year three has all the makings of a breakout season.

In his rookie season while playing through a shoulder injury the entire year, Miller finished as WR60 with 7 touchdowns. In 2019, he struggled the majority of the season and finished as WR56, but it was the finish to his season that has me this optimistic. From Weeks 12-16, Miller was WR17 averaging 15.6 PPR points a game. With improved quarterback play from Nick Foles, Miller is a complete steal at his ADP of WR54.

NASHVILLE, TENNESSEE – OCTOBER 27: Jonnu Smith #81 of the Tennessee Titans runs with the ball during the third quarter of the NFL football game against the Tampa Bay Buccaneers at Nissan Stadium on October 27, 2019 in Nashville, Tennessee. (Photo by Bryan Woolston/Getty Images) 2020 Fantasy Football Undervalued Players

Heading into his fourth season in Tennessee, Jonnu Smith is finally in a starting role. He has shown big-play ability in his small sample of opportunity and took the next step in the Titans offense once the move was made to place Ryan Tannehill under center.

In Weeks 1-6 with Marcus Mariota, Smith was TE46 averaging 2.8 PPR points a week. In 10 weeks with Tannehill, Jonnu was TE13 averaging 8.8 points per game. Even in an offense sure to regress, Smith joins A.J. Brown as the only established pass catchers for the Titans. He has the opportunity to deliver a positive return on his ADP of TE17 and is well worth waiting for until the end of round 12.

In 2018, Chris Herndon finished as TE16. He entered the 2019 off-season surrounded by optimism and upside. Instead, he ended up starting the year with a suspension and then hurt himself at the end of that suspension. 2019 was a lost season that consisted of one game, one catch, and seven yards.

A fresh start in 2020 will serve Herndon well. The team still believes in Herndon, and Ryan Griffin showed last year that there is a role for the TE in the Adam Gase offense. Herndon has much more to offer the offense than the 30 year old Griffin. Other than Jamison Crowder, it’s basically a new pass catching core, and Herndon could establish himself as a go-to target in this offense.

Irv Smith Jr. is a name to watch. When Adam Thielen missed time with injury last season, Smith averaged 5 targets per game. With Stefon Diggs shipped off to Buffalo, and if Justin Jefferson fails to deliver as the Vikings #2 WR, Smith will likely have a defined role that enables him to vastly exceed his current ADP.