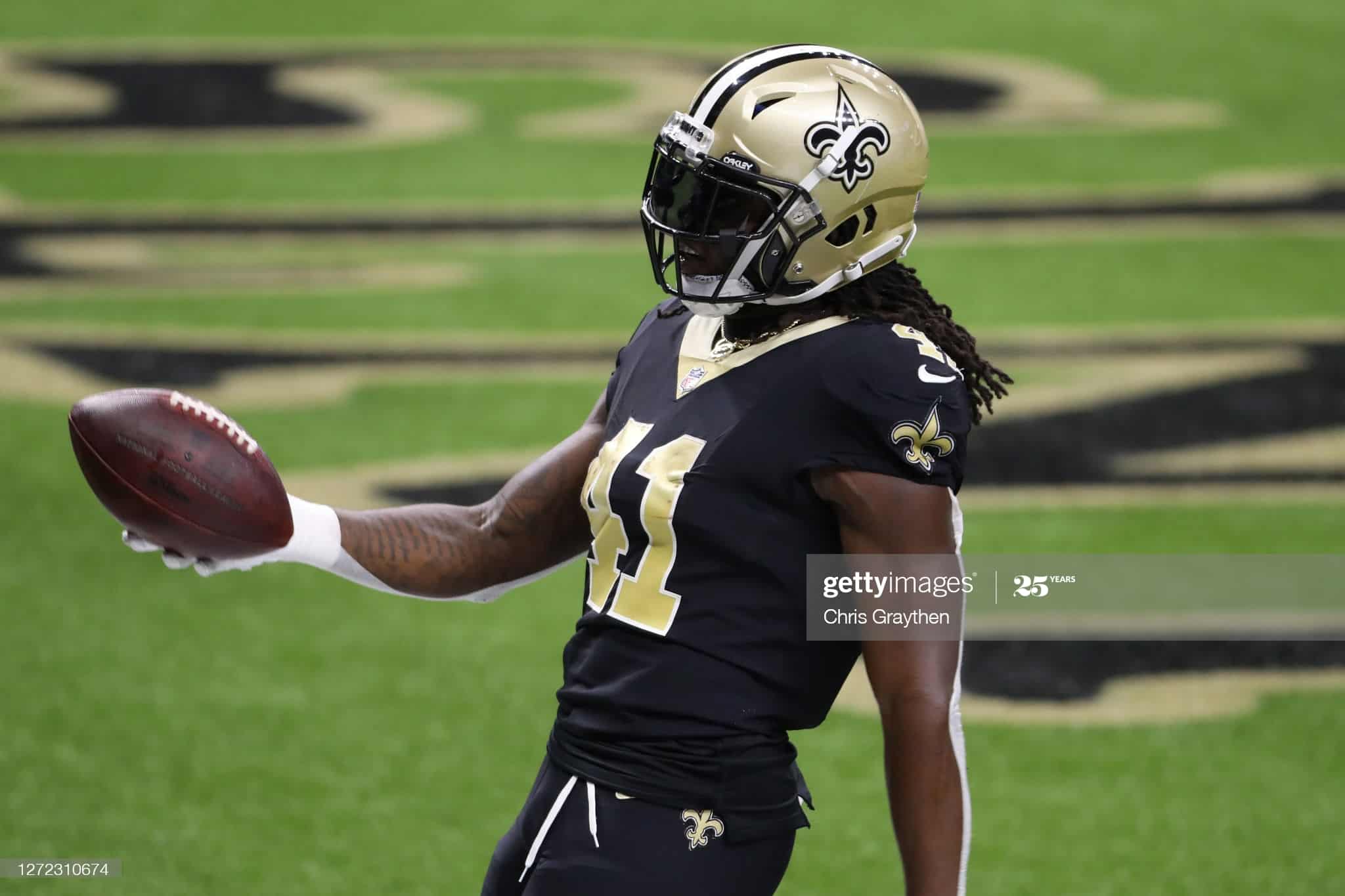 In episode 122, I picking up my four-part series, recapping the fantasy season.  Each episode will cover one of the four skills positions.  Episode 2 covers the Running Back position.

I had some internal debate on this one.  I could have made an argument for Dalvin Cook, and certainly for Derrick Henry as well.  In the end I went with Kamara.  In the first 11 weeks of the season, Alvin Kamara was a top 12 RB in every week.  It wasn’t until week 12 that he fell out of the top 12.

The fantasy playoffs clinched this for me, in weeks 14-16, Alvin Kamara was the RB1, Henry the RB3, and Cook RB5.  All were great, but in Week 16 Kamara exploded for 56.20 points and was the runaway RB1, in the most important week of the season.  Cook was RB15, and Henry slumped to RB31.

Overall, on the season, including Week 17, Kamara was RB1 with 377.80 PPR points, followed by Dalvin Cook with 337.80, and Derrick henry rounded out the top 3 with 333.1 points. You were happy to have any of these backs on your fantasy roster, but it was Kamara that from start to finish gave you the best week in week out chance of winning.

For a few moments I debated if Johnathan Taylor belonged here.  I quickly ruled him out when looking at the duration of the 17 week (16 game) schedule.

James Robinson delivered you 14 double digit PPR fantasy days in 2020.  The only weeks he did not were weeks that he wasn’t in the lineup.  Robinson missed the last two weeks of the season with a high ankle sprain.

Taylor who ended up with more fantasy points (if you include week 17) posted 11 double digit weeks. It is the weeks where he failed to delivery that are costly.  Week 8 – 5.40, Week 9- 9.4, and week 10 -5.70 PPR points when you are fighting for a playoff spot is tough to swallow.

The defining factor in my decision process here is acquisition cost.  Jonathan Taylor had a consensus ADP of RB20 and pick 45 overall.  If you wanted JT on your roster in 2020, he cost you a fourth-round pick.  Taking him at 45 you took him over Robert Woods, Keenan Allen, and DK Metcalf.

James Robinson on the other hand was a waiver wire pick-up.  His ADP was 246th overall and he was the RB63. In a 12-team league with 16 player rosters the final player selected was pick 192.  Robinson was a league winning player that was absolutely free. He is the runaway rookie RB MVP.

As a result of his 2019 season combined with the fact that he shares a backfield with Nick Chubb led to Hunt being the RB27 in consensus ADP, and 63rd overall.

Kareem Hunt drafted at his consensus ADP of RB27 provided you a solid return on your investment and as a result he is my RB Comeback Player of the Year.

For all that follow the RotoHeat team, and specifically me, know that I was not high on Ronald Jones.  In fact, one could say I hate Ronald Jones, and if they did, I am not sure they are wrong.

Rojo finished the season at RB20 in 14 games played.  His 13.3 PPR points that he averaged weekly ranked 21st among all backs that played 7 games or more this season.

One could argue with better usage by Head Coach Bruce Arians that Ronald Jones could have flirted with a top-12 season.

My opinion on the player has not changed that much to be honest, but I feel I must give credit where credit is due.

Now the east thing to do here would be to list Christian McCaffrey or Saquon Barkley in this spot.  In my opinion a guy can not be a bust due to injury.  So therefore, my bust came down to Le’Veon Bell and Leonard Fournette.  Fournette gave you 3 weeks this season that you didn’t hate yourself for starting him.  Bell on the other hand barley gave you one, a 14.60-point week 15.

I have been lower than consensus on Lev Bell since he left Pittsburgh.  To be completely honest I was low on him even while he was there refusing to play on the franchise tag.  I had him as a RB2 last season and was accused of being insane.  For the record Bell was RB16 last season, guess I am sane after all.

Entering this season with the New York Jets I wanted no part of Bell, in that offense with that coach.  Like none.  His consensus ADP entering the season was RB18, and to be clear I didn’t hate that I hated where he played.  When he was released and signed in Kansas City I was somewhat interested and truthfully looked to obtain some shares.  When the asking price was Bell in his prime those conversations were over.

Bell was RB53 in his time with the Chiefs this season, a massive disappointment and a massive fantasy bust.

I like Jeff Wilson, likely more than the average fantasy manager. So my desire to buy this asset is perhaps slightly elevated. What I saw in Wilson when given to work I liked. In the weeks he had double digit carries, those were weeks 7,12,14,15,16, and 17 Wilson finished as RB1, RB63, RB29, RB27, RB5, and RB7.

Wilson entered 2020 with a  dynasty ADP of  RB84 and is currently ranked as RB77.  Raheem Mostert will be 29 entering the 2021 season, Tevin Coleman should be unemployed.  You are not buying a top-12 RB but more importantly you are not paying for one.  You can add a RB with RB3 floor and RB2 upside for a 3rd round rookie pick.

I have to say I like JD McKissic and he helped me win more than one fantast championships this season.  I gobbled up McKissic shares like Pac Man early this season, because I saw potential in the Washington backfield after Adrian Peterson was cut along with Darrius Guice.  The potential increased even more when Bryce Love was placed on IR yet again.

McKissic is under contract for one more season and he is dirt cheap, his cap hit is 1.6 million.  It is very possible that Washington enters 2021 with Antonio Gibson and McKissic as their two backs.  Its also very possible they add another via the draft or even free agency.  Add it all up I don’t see a top 36 season for McKissic let alone another top-24 season.  Sell while folks see him as he finished in 2020.

That’s going to do it for today’s episode, thank you for tuning in for my 2020 Fantasy Football RB Awards.

In our next episode I will run threw the wide receiver position.  Stay safe and stay healthy Heat Seekers, take care.