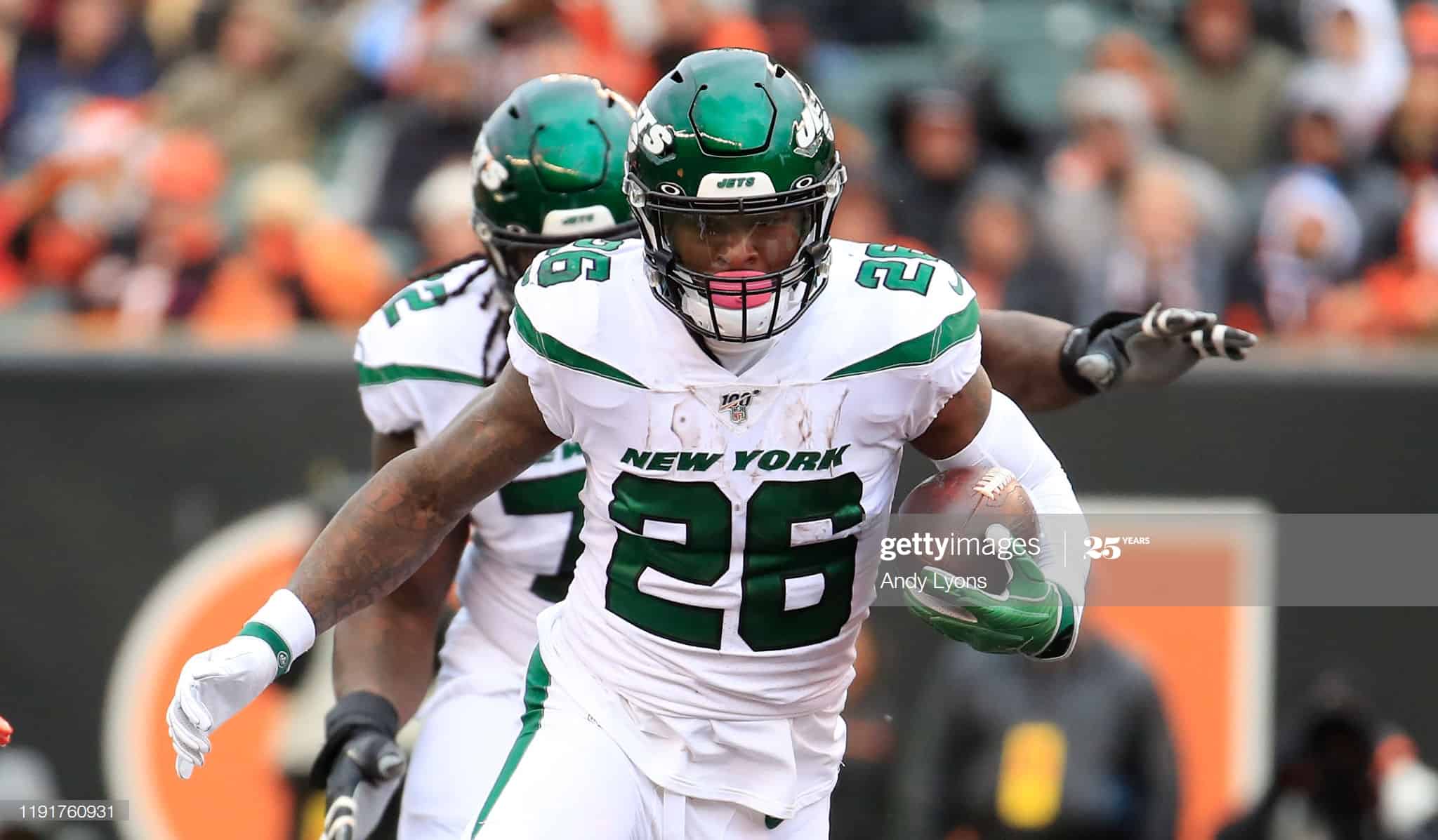 Hello Heat Seekers welcome to Sully’s 2 Cents Fantasy Football Podcast, a proud member of the RotoHeat family of podcasts.  I am your host Rob Sullivan.

The podcast is a day late and I do apologize, life has been crazy this week to say the least.  I do have to start off today by wishing all my friends and listeners in the United States a very Happy 4th of July.  Stay safe and have fun.

Well its been quite a fun week here at RotoHeat.  In addition to our normal cutting-edge sports journalism our 4 night a week soon to be 5 night a week live streams over on our YouTube channel has debuted.

Monday Nights the IDP Heat Seekers, followed on Tuesday Nights with the Heat Seekers Dynasty stream, Wednesday Nights Fantasy Inferno a Redraft stream, and Thursday Nights it’s the Devy Hour.  Coming in July on Friday nights we will have DFS content.  All streams start at 9:30 EST over on YouTube.

I have the pleasure of sitting in on the Fantasy Inferno, with our host Rob Silvers, as well as Bryce Frazier.  This past week we discussed Change of Scenery Players and it was a lot of fun.  I hope you give it a watch and subscribe so that you don’t miss any future editions of the Fantasy Inferno or any of the other great shows the team is putting together.

Today I want to talk about value in your redraft leagues, basically give you a player from each skill position that I feel is overvalued as well as undervalued at their current ADP.

Overvalued and Undervalued.  These are based off players current Average Draft Position over at Fantasy Pros.  My take on the value of the player should not be confused with my desire to own the player.  If I deem a player overvalued, I do not hate them, I dislike where I need to draft him to own him, same thing goes for undervalued.

Lamar Jackson was tremendous last season, blowing away every other fantasy QB by nearly 100 points. His 9.0 TD-rate is going to decline considerably, as has been the case for every other QB in NFL history to achieve such a mark. In addition, his rushing totals will decrease as well. With all that said, he will still be the a top 3 quarterback, at worst, in 2020 if healthy.

Having the man that led fantasy in scoring start off the 2020 Overvalued and Undervalued Players as overvalued may seem odd and I get that, but don’t shut this episode off hear me out. As I stated earlier this take should not be interpreted as a dislike of Lamar Jackson, as it’s quite the opposite–I love Lamar Jackson.

What I dislike is his ADP. The reality is you should not be taking a QB this high in your drafts regardless of who it is; the opportunity cost is too high. Grab a Running Back or Wide Receiver in round two, as there is plenty of time to grab a viable starting QB in the later rounds.

Matthew Stafford entered 2019 going undrafted in the majority of 1QB leagues.  Prior to a season-ending back injury, Stafford was QB9 through 8 games and was on pace for the best statistical season of his career.  through his first 8 games, Stafford was averaging 21.45 points per game in 4pt passing TD leagues.

A year ago, the Lions were a bad football team with a weak defense.  Entering 2020, nothing has really changed.  He is a solid value as the 13th ranked QB. With Kenny Golladay, Marvin Jones, and T.J. Hockenson available around the end zone, we can realistically pencil him in for a 30+ TD season, provided he remains healthy in 2020.

In 2019, Derrick Henry picked up where he left off at the tail end of the 2018 season. Henry finished 2019 as the league’s leading rusher with 1,540 yards–183 yards more than second place Ezekiel Elliot. In addition to his 1,504 rushing yards, Henry added 206 receiving yards on a career best 18 receptions. He scored a total of 18 times in 2019, ranking third best in the league. His 294.6 PPR fantasy points ranked 5th best. Those are impressive numbers to say the least, but an ADP of 7th overall makes Derrick Henry the most overvalued player of all 2020 Fantasy Football Overvalued Players.

I expect Henry, along with the entire Titans offense, to regress in 2020. Henry is still a top RB, but I just don’t see him eclipsing 1,500 yards and scoring 18 times again. His ADP makes him undraftable for me in all formats, but especially in PPR.

What a difference a year makes.  This time last season I was shouting from the roof tops that Bell was not a top-12 RB and that you should avoid him at his first-round value.  I took a lot of heat for that take and in 2019, Le’Veon Bell proved me right.

I get a lot of stuff wrong around here every fantasy analyst does.  I own when I am wrong and that in my opinion entitles me to a victory lap every once and a while when I am right. Plus this is my show, so there is that!

His offensive line was laughable in 2019 and has been improved in 2020.  His quarterback play should be improved in 2020 and the stacked boxes should be reduced.  Bell will be better this season, and he is currently coming off the board at RB18. That is too low.  Le’Veon is a great example of how my opinion changes in regards to value.  Overvalued or undervalued has nothing to do with my opinion of the player and everything to do with the player vs. his ADP.  Bell is undervalued entering 2020.

A.J. Brown had a very productive rookie season. On just 52 receptions, Brown finished as the WR21 in PPR scoring. Of players with at least 50 catches, he was #1 in yards per reception and yards after the catch. Combine that with 8 TDs and you have a great rookie season.

His second-half explosion with QB Ryan Tannehill will not be maintained. In the games Brown played with Marcus Mariota last season he was WR44. With Tannehill (who was QB3 from week 7-17) Brown was WR3. Tannehill will regress, as will A.J. Brown. He remains an extremely talented young WR, but at WR16 in the middle of round four he is being over-drafted, making him one of the 2020 Fantasy Football Overvalued Players.

Anthony Miller possesses a ton of talent and a ton of work ethic. Injuries and Mitch Trubisky have prevented the WR from reaching his fantasy potential. In 2020, if he remains healthy, year three has all the makings of a breakout season.

In his rookie season while playing through a shoulder injury the entire year, Miller finished as WR60 with 7 touchdowns. In 2019, he struggled the majority of the season and finished as WR56, but it was the finish to his season that has me this optimistic. From Weeks 12-16, Miller was WR17 averaging 15.6 PPR points a game. As RotoHeat founder a Bears’ fan Rick Butts will tell you, Trubisky missed Miller time and time again last season.  With improved quarterback play from Nick Foles, Miller is a complete steal at his ADP of WR54.

What I find interesting is Ertz’s splits last season. From Weeks 1-8 last season, Ertz was TE7 and averaging 10.7 points per game. When the Eagles were ravished by injury at WR during the back half of the season, Ertz was TE3, averaging 16.8 points per game. In addition, Dallas Goedert is becoming more and more involved in the Eagles offense, especially in the red zone. Ertz remains a top 12 TE, but let someone else take him at pick 41, and you go find your value later in the draft.

Heading into his fourth season in Tennessee, Jonnu Smith is finally in a starting role. He has shown big-play ability in his small sample of opportunity and took the next step in the Titans offense once the move was made to place Ryan Tannehill under center.

In Weeks 1-6 with Marcus Mariota, Smith was TE46 averaging 2.8 PPR points a week. In 10 weeks with Tannehill, Jonnu was TE13 averaging 8.8 points per game. Even in an offense sure to regress, Smith joins A.J. Brown as the only established pass catchers for the Titans. He has the opportunity to deliver a positive return on his ADP of TE17 and is well worth waiting for until the end of round 12.

That’s going to do it for this episode.  Thank you for listening to my 2020 Overvalued and Undervalued Players

If you have yet to subscribe to Sully’s 2 Cents Fantasy Football Podcast you can do so by searching for it on Apple Podcasts, Stitcher, Podbean, Spotify, Google Play, and now Player FM.

Don’t forget to tune in over on YouTube to the Fantasy Inferno Live Steam Wednesday Nights 9:30 EST with Rob Silvers, Bryce Frazier and myself.

I’ll be back next Friday with episode 87.  Until then, stay safe and stay healthy Heat Seekers.