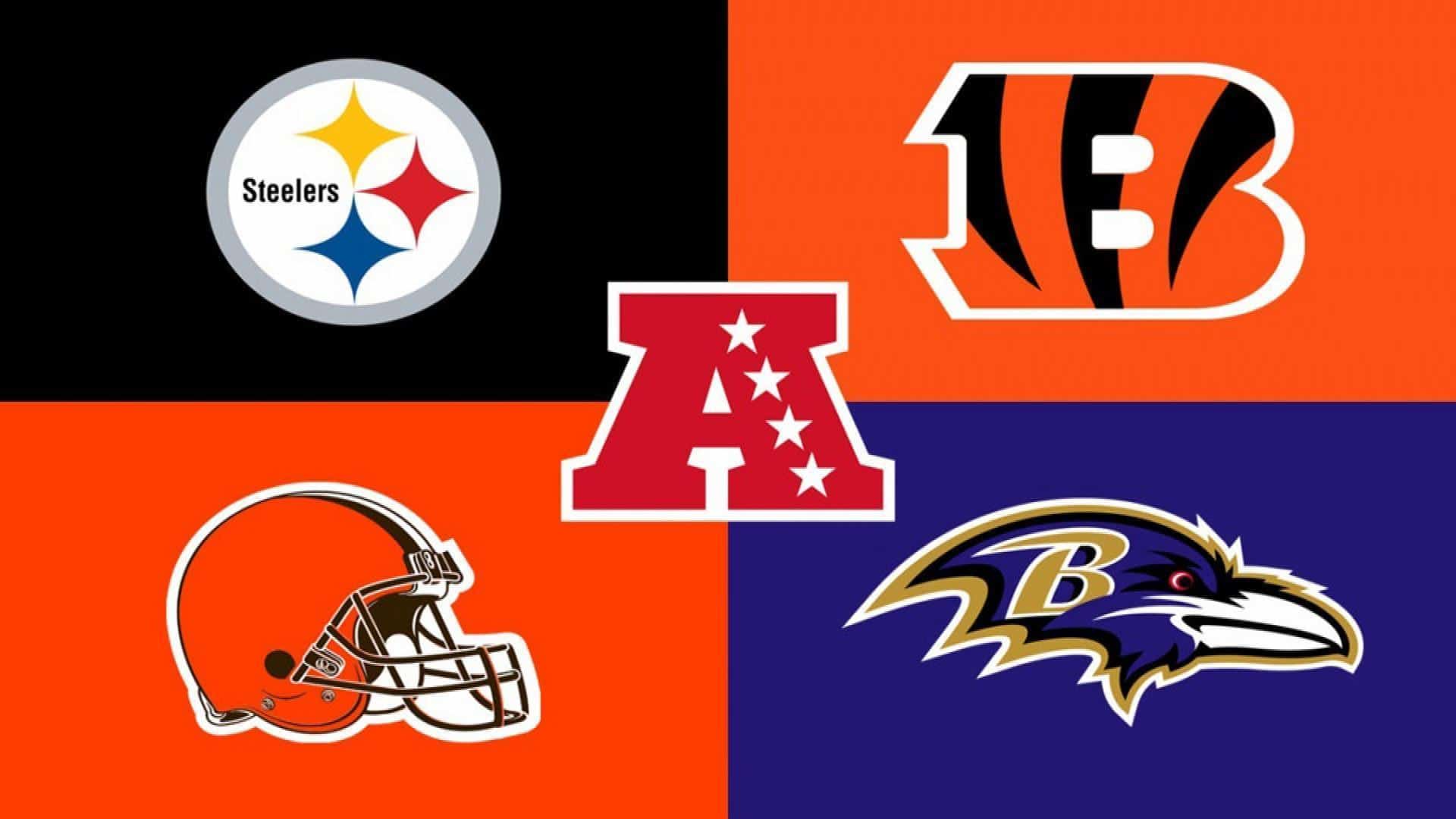 In these 8 articles, I utilized ADP to identify a players I am buying, a player I am selling, and I selected a flyer off each team.

Today, we wrap up the 2021 Buy Sell Take the Flyer Series – with the AFC North.

Many see Gus Edwards as nothing but a back-up running back. I see a back with flex worthy fantasy relevance. Gus Edwards since signing as an unrestricted free agent in 2018 has posted RB53, RB52, and RB37 seasons.

Now those RB finishes likely haven’t gotten your attention, and I get that. What if I tell you that after the Ravens started making Mark Ingram a healthy scratch in week 7, that Edwards was RB25 the remainder of the season averaging 10 PPR points a game. In addition to that he had a near 50% of touches out of the backfield as well. The Ravens like Gus the Bus, and brought him back this offseason as a restricted free agent. J.K. Dobbins is the No.1 back in Baltimore to be clear, but Edwards is going to have a stand alone role, at RB44 he is an easy buy.

Brown has only topped 50 receiving yards in nine of 30 regular season games he’s played, and is a member of a very heavy run first offense. The Ravens finished 32nd in the league in passing yards in 2020 with 2919. Brown in his two seasons has fantasy finishes of WR46 and WR36. WR36 in 2020 on the surface makes him a buy compared to his current ADP, but upon further review, he had one game where he was targeted 9 times or more and after week 11 he was WR40.

The Ravens drafting two wide receivers and signing Sammy Watkins this offseason tells you all you need to know about how they feel about Brown. He is probably appropriately priced at WR47, but he is near undraftable IMO as there is basically no upside.

So after trash talking the Ravens passing game I am here to tell you to take the flyer on Rashod Bateman. Rashod Bateman was the Ravens’ first selection in the 2021 draft and should instantly compete with Marquise Brown to be the team’s No. 1 receiver.

Bateman’s best value is in Dynasty, where he’s a high upside bench receiver worth a rookie pick early in the second round. The Ravens’ low pass volume will make it tough for Bateman to contribute to your Fantasy team in 2021, but if he beats out Brown, he could be a boom-or-bust No. 3 receiver. He is currently injured and questionable for week one. Target him in the final rounds of your redraft league, if his injury lingers into the season you may need to drop him but at this ADP that’s not uncommon.

In these offenses that have multiple receiving options, I tend to target the most affordable piece. That is exactly the situation in Cincinnati and with Tyler Boyd.

In eight full games with Joe Burrow, Tyler Boyd was on pace for 108 catches for 1,168 yards. With the drafting of Ja’Marr Chase, I am not looking for that volume, but I am expecting Boyd to be a great value as a No. 3 wide receiver, capable of WR2 numbers in the 7th round. In full PPR Boyd has been remarkably consistent, averaging between 5.3 and 5.6 catches each of the past three seasons. Chase and Tee Higgins likely won’t change that

This spring Ja’Marr Chase was the highest selected wide receiver in the draft when the Bengals called his name with the 5th overall pick. Chase being the top WR selected makes sense, the Bengals selecting him however did not. The Bengals needed offense line help, not another receiver but hey that is an entirely other story for another time.

I like Chase and ranked him 2nd in my rookie rankings behind Kyle Pitts this offseason. Chase played with QB Joe Burrow in college and as a result many have him pegged to be the Bengals top receiver in 2021. I do not see it that way, and if what we have seen in camp and in the preseason is any indication I am likely right. I prefer grabbing his teammate Tee Higgins in the 5th round, two picks earlier than Chase. As a result of my year one concern for Ja’Marr Chase, he is a rather easy sell for me. In dynasty however I am looking to buy.

Finding a flier on the Bengals isn’t an easy task. I decided to go with Chris Evans over Samaje Perine and C.J. Uzomah. I am not high on Perine and Uzomah is coming back off a torn achilles.

Evans was a sixth round selection by the Bengals in the recent draft. As it sits he holds little to no redraft value. If Joe Mixon suffers an injury however I believe he will be the next man up, especially on passing downs. You can grab him with your last pick in the draft, or you can wait to add him off waivers. Either way if taking a flier off the Bengals, I believe Evans in your man.

Two Player I Am Buying

2021 is going to be the best season of Baker Mayfield’s career. I know that isn’t saying much, bit I see Baker as a top-12 type QB. Entering his fourth season, Baker will have the same Head Coach and Offensive Coordinator for the first time in his career.

Baker set a passing touchdown record as a rookie, that Justin Herbert broke last season. He fell flat on his face in 2019 with Freddie Kitchens as his coach and play caller and he struggled early under new coach Kevin Stefanski. Stefanski runs a run first offense with lots of play action, Baker thrives in play action. Once Baker got comfortable in the offense and the brutal weather left Cleveland, Mayfield’s production improved. From weeks 12-17 Baker was QB11.

Entering 2021, Baker has a full offseason with his starters and his coach and OC. I like Baker Mayfield, and I love him at this ADP.

In this series, there are buys I am iffy with and sells that I hate. This would be one of the sells that I hate. I have been a fan of Odell Beckham Jr, since he entered the league in 2014. After three straight top-12 seasons, OBJ has battled injury and inconsistency on route to WR 83,15, 25, and 91 finishes from 2017-2020.

Once a no-brainer first round pick, Beckham is now no more than a No. 3 Fantasy receiver who I won’t consider until Round 7. Beckham is working his way back from a torn ACL and simply hasn’t been the same player in Cleveland. Beckham has reached 100 yards just twice in 23 games with the Browns as his catch rate has fallen 10% since his days as a Giant, In addition his targets per game have fallen more than 25%.

Even if Beckham were to regain the athleticism he once had, Kevin Stefanski’s system and the Browns’ crowded group of pass catchers would still limit the receiver’s upside. Love the player, hate the ADP so he’s sadly a sell for me.

I am typically not interested in a WR that was a 6th round pick, especially ones that totaled 18 receptions and 77 yards as a rookie. Well that my friends is Donovan Peoples-Jones the WR109 in 2020.

What I like about DPJ was the production late in the season once Baker Mayfield started to take off. IN weeks 12-15 he had a line of 8-221-1. Good enough for WR44. I get it this is a small sample size and WR44 is hardly something to get excited about. What is flyer worthy for me here is he is reportedly lighting it up in camp and should be the starting WR in three WR sets. His volume likely won’t be anything special but his 27.7 yards per reception noted above displays his homerun abilty. I like the player and love this ADP. Take a flyer and grab him late.

I have heard from many analysts that I respect, that opportunity trumps talent, and that talent earns targets. The beauty when it comes to a WR like Diontae Johnson, is he has both. Despite missing one full game and a large portion of another, Johnson finished with 144 targets in 2020, which ranked sixth among wide receivers.

Diontae Johnson is Ben Roethlisberger’s favorite target, which gives him WR1 upside and makes him worth a fourth-round pick. Johnson’s 923 receiving-yards total was the lowest for a wide receiver with at least 140 targets since Allen Robinson in 2016. 6.4 yards per target, will do that to a guy. If Big Ben’s elbow is as good as he says it is, and if the efficiency improves, Johnson leaps into the top 12 receivers pretty easily. At WR21 in the 5th round he is one of the easiest buys in this entire series.

I will start off my take on Chase Claypool with this. I know this take is not a popular one, and I know that the majority of you will think I am wrong. It is incredibly important that you all know that I am ok with that.

I loved Claypool coming out of Notre Dame last season because of his speed, his size and mostly his ADP. I was fortunate to add him in the 3rd round of more than one rookie draft last season. To be perfectly clear, Chase Claypool had the success he did as a rookie based almost solely on touchdowns. He scored 9 receiving touchdowns and 2 rushing scores. His 66 points off touchdowns were 31% of his 214.9 points. To help put that into perspective, Adam Thielen (34%), and Mike Evans (32%) were the only two wide receivers to have a higher percentage of their fantasy points come via the TD out of all of the top-24 WRs.

Claypool scored in seven games last season. In those seven games he averaged 21.43 PPR points and a WR16 finish. In the nine gmaes in which he failed to score, he averaged 7.21 PPR point and a WR65 finish. In week 5, Claypool was the WR1 scoring 4 times and registering 42.6 points. Week 5 alone was 19.8% of his seasons total. Look I still love Chase Claypool, and I think he will go on to have a solid NFL and fantasy career, but in 2021 history shows us he will regress in the touchdown column. He is not worth a sixth round pick and he in all likelihood will struggle to meet his WR27 ADP. As a result I am selling.

Big Ben was a shell of his former self in 2020, it appeared that his arm was to steal a baseball term, dead. Well all reports out of Steeler camp, are that Ben wasn’t 100% last season and this season he is. It’s safe to assume he will be amongst the league leaders in pass attempts, but his efficiency will have to rebound from 2020 if that’s to even matter. His 6.6 yards per attempt was a career-low and nearly 20% worse than his career average

The reality in my opinion, is that Ben Roethlisberger is a high-end No. 2 QB worth a pick in the double-digit rounds. He’s worth the risk as a backup, and with that in mind I am inclined to take the flyer here.