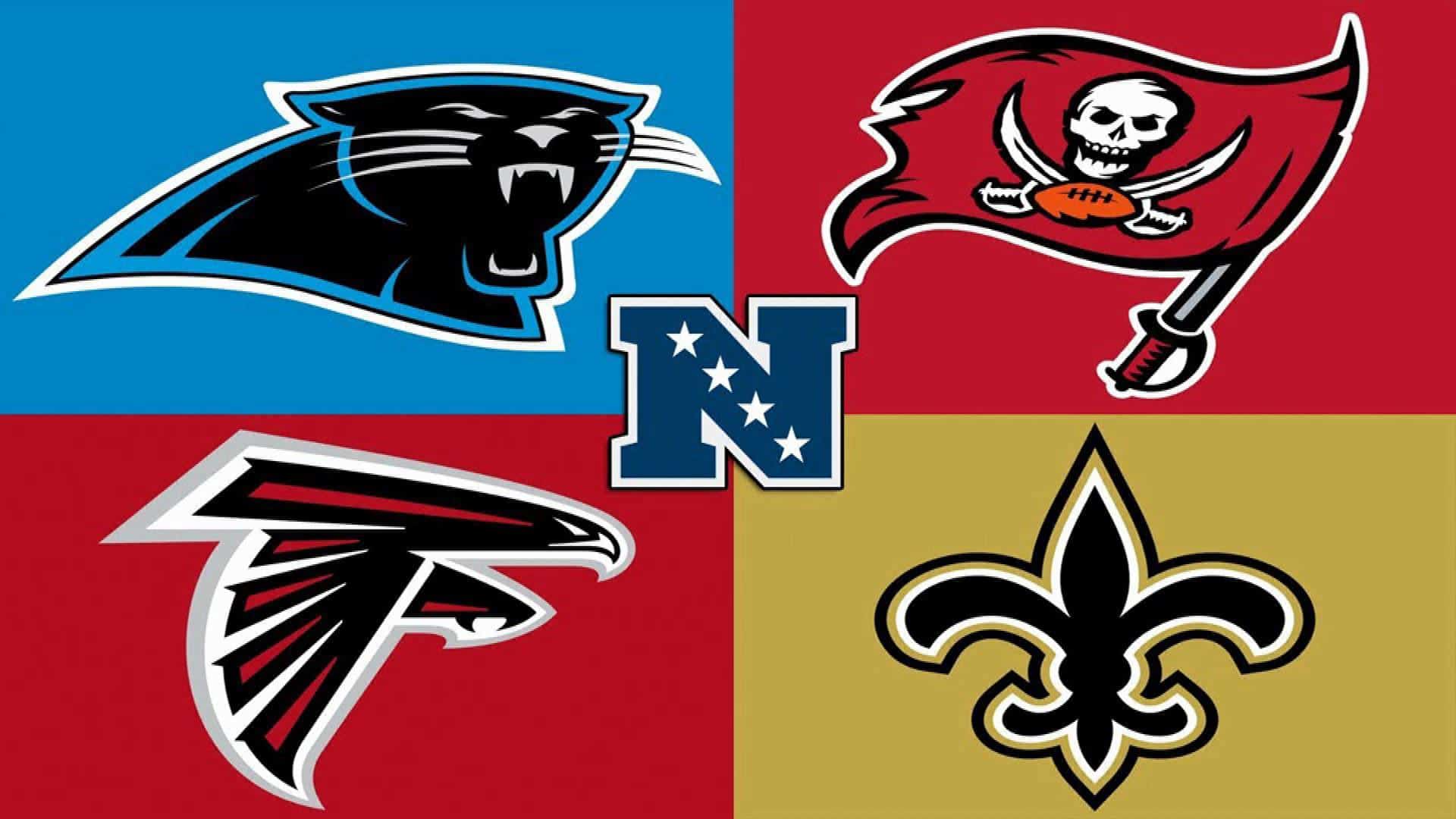 In these 8 articles, I utilized ADP to identify a players I am buying, a player I am selling, and I selected a flyer off each team.

We continue the 2021 Buy Sell Take the Flyer Series – with the NFC South.

I have been pounding the RotoHeat table for three seasons for you all to add Calvin Ridley to your fantasy rosters. In those three seasons Ridley had delivered WR22, WR27, and WR5 finishes. So, 2021 is no different despite the high price tag, except I am pounding the table even harder this season.

With Julio Jones off to Tennessee, Calvin Ridley is the unquestionable No.1 WR in Atlanta. Calvin Ridley has appeared in 44 NFL games, 36 with Julio in the offense and 8 without Jones in the offense. In his 36 games as the compliment to Jones, Ridley has averaged approximately 6 targets, 4 receptions, 70 yards and .67 touchdowns per game. In his 8 starts with Julio on the sidelines his averages jump to 11 targets, 7 catches, 114 yards and .25 touchdowns. Calvin Ridley has WR1 overall upside and he is an absolute buy in the middle of round two.

If anyone is a regular follower of my content you’ll likely find this somewhat surprising. To be clear I am still a huge fan of Kyle Pitts. He is my top ranked rookie this season in my 1 QB rankings. When it comes to redraft however I think we need to pump the breaks.

Fantasy tends to hate rookie Tight Ends. I know Pitts is a generational talent and not like any other tight end we have seen enter the league, I get it, hell I have been screaming it since January. This doesn’t change the fact that only two tight ends drafted since 2010 have finished as a top-12 TE in their rookie season. The fact is no matter how good he is the odds are stacked against him.

1st round drafted tight ends since 2010 have averaged 36 receptions, 427 yards, and 3 touchdowns as rookies. 98.6 PPR points and a TE26 finish. I have Pitts ranked as my TE5, 58th overall, which is quite possibly be too high as well. His current ADP is not outrageous but its basically in a range that requires him to be the most successful rookie Tight End in league history to justify drafting him here. That was my bold take earlier this offseason, and it is a possibility but I am going to have to bet against it and sell.

The Atlanta Falcons appear to be rolling into 2021 with Mike Davis as their No.1 RB. This isn’t the worst thing in the world but Mike Davis is anything put a proven No.1 RB. In his six year career his high in touches is 224 which he had last season. Prior to that it was 146 in 2018 his final season in Seattle.

Last season after the Christian McCaffrey injury, Davis was went on a tear. He finished as RB12 averaging 13.8 PPR points a season. What is interesting is his season split. Weeks 3-8 he was RB4 averaging 17.3 points a game. In Weeks 9-17 he was RB21 and his average dropped to 12.4. Davis likely can’t handle a workload like he had last season.

Qadree Ollison is the next man up. Ollison is far from a proven talent in his own rights but his path to touches is there, and thus he’s my take a flyer in Atlanta.

Heading into 2021, Moore will have a new QB (Sam Darnold), yet again after playing with Teddy Bridgewater in 2020. Darnold will benefit Moore, and the return of Christian McCaffery helps everyone. The move that likely benefits Moore the most is the departure of Curtis Samuel to Washington. With Samuel gone, we should see Moore in the slot far more often, which would be a good thing thing.

Moore makes for a nice post-hype sleeper candidate. It’s only a matter of time before the touchdowns catch up. Moore is a solid WR2 to roster, who just might have top-12 upside if the touchdowns start to come.

Sam Darnold was traded from the Jets to the Panthers this offseason, and the thought process is that the change of scenery will help him in fantasy and real football. Getting out of New York, and away from Adam Gase specifically is a very good thing.

Not only does he get a fresh start, he also gets some serious weapons in Christian McCaffrey, D.J. Moore, Robby Anderson and Terrace Marshall, along with better coaching, Darnold could finally morph into a viable fantasy QB. The reality is he’s still a No. 2 Fantasy quarterback in all leagues, and he’s not worth drafting in one-quarterback formats. As a result I will sell, here and hope that I am wrong.

Terrace Marshall knows what it is like to be in an offense with other talented wide receivers. In 2019 at LSU, Marshall playing alongside Ja’Marr Chase and Justin Jefferson, and totaled 46 catches, 671 yards, and 13 touchdowns.

With experience playing in the slot and on the outside, and the departure of Curtis Samuel, there’s a clear path to playing time and a potential path to volume in Year 1. Specifically, Marshall’s size will give Sam Darnold something different than what he has with D.J. Moore and Robby Anderson. Marshall has upside both after the catch and as a vertical threat and is going to be an excellent WR flier pick late in all drafts.

Two Player I Am Buying

Marquez Callaway is the biggest riser in ADP regardless of position over the past few weeks. He’s up over 28 spots and recently blew by teammate Tre’Quan Smith who is heading in the opposite direction.

Callaway was targeted early and often in the Saints’ Week 1 preseason game, grabbing three catches for 61 yards in limited action. With Michael Thomas’ ankle surgery pushing him to the sidelines combined with Smith’s current injury woes, Callaway stands to the Saints No.1 WR entering the season.

In his rookie season a year ago, he played in eleven games, and caught 22 of his 27 targets for 213 scoreless yards. He will be better with Jameis Winston as his QB, but he is worth the flyer regardless of QB.

This time last season, the New Orleans Saints WR was the consensus WR1 and for good reason. In 2019 Thomas set the single-season receptions record with 149 receptions and finished atop the WR scoring, 98.5 PPR points ahead of the WR2.

He ended up being one of the biggest fantasy disappointments of 2020. He dealt with an ankle injury early in the season that landed him on IR from week two through seven. The injury hampered him in weeks nine through fourteen, and he was placed on IR a second time in week fifteen ending his regular season. The consensus WR1 finished as WR95.

Heading into 2021, Thomas has injury concerns again. He underwent multiple offseason surgeries to his injured ankle, including one in June that will sideline him for a portion of the start of the 2021 season that has not yet been determined. This surgery typically comes with a four-month recovery timeline so Thomas might not be back on the field in form until later in October.

In recent weeks new surfaced that the Saints wanted Thomas to undergo surgery to repair his nagging ankle injury. That would allow him to rehab and return to action in time for summer OTAs. But Thomas sought an opinion from another doctor, who told him he could repair his ankle without surgery. Thomas also recording to reports failed to return calls all offseason.

With Thomas’ status unknown and the relationship with the Saints getting worse everyday, its hard to comfortable drafting him in the seventh round, making him a sell for me.

Adam Trautman has breakout potential in a Saints offense in need of targets with Michael Thomas potentially missing half the 2021 season. New Orleans has frequently prioritized tight ends as scoring threats in their offense in the past, but they haven’t used them as high-volume targets.

Adam Trautman in 2021 should change that. Trautman is big, he’s tough to tackle, and is very athletic for his size. Trautman has the potential of a 100 target, 70 catch campaign with half a dozen touchdowns. He’s a late-round TE to target and quite possibly the late-round breakout TE of 2021. I know TE Juwan Johnson is getting all the hype, but I am not buying it, I am buying Adam Trautman instead.

Antonio Brown had a season to forget in 2019. He was traded to the Oakland Raiders and was released after several controversial moves that included freezing his feet, arriving to camp in a hot air balloon, fighting the league over his helmet, and ripping the Raiders GM a new one. After being released he landed in New England and lasted one game before being released again.

In 2020 he had to wait to receive a league punishment for his questionable off-field activities. In the end he was slapped with an eight game suspension and signed with the Tampa Bay Buccaneers. After joining the Bucs, AB put up a 45-483-4 line in eight games. Doubling that puts his 2021 numbers at 90-966-8. Through out all this off field drama its easy to forget how talented he is on the field. He was solid WR2 upside and at WR39 he is a bargain I will seek out.

I don’t like listing Mike Evans as a sell, simply because I like the player and believe he is capable of yet another top-12 WR season in 2021.

He played 8 games without Antonio Brown, and four without Chris Godwin. If all three are healthy, the ball should be spread around a lot and I would pick Godwin or Brown to be the target leader. Evan’s is going to have to maintain his TD pace to pay off at this ADP and I am betting he won’t. Another example of love the player hate the ADP. Mike Evans is a reluctant sell here.

Giovani Bernard was cut by the Bengals and signed up by Tom Brady’s Buccaneers. While Bruce Arians’ running back usage is at times frustrating, it is important to note that Bernard is unquestionably the best pass-catching back on the roster.

Tom Brady threw 118 passes to running backs last year, and it wouldn’t be surprising if more than half of those went Bernard’s way. That makes him worth a mid-round flier in full PPR leagues. At his current ADP of late round thirteen, Gio will be finding a home on a lot of my rosters in 2021.